I was lucky to get to the park on Thursday for a couple of hours. Boy was it a beautiful day! It was overcast in Newport Beach (where I was working) and hot and windy at home, but Disneyland was picture perfect, I swear they order that way! City Hall had the longest line of the morning. 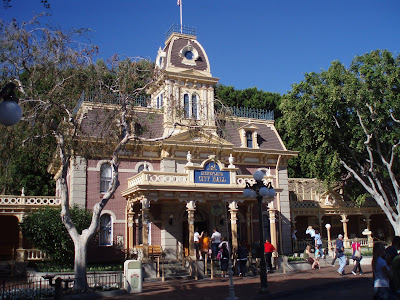 Low crowds in the early part of the day; this is the best way to see the park. 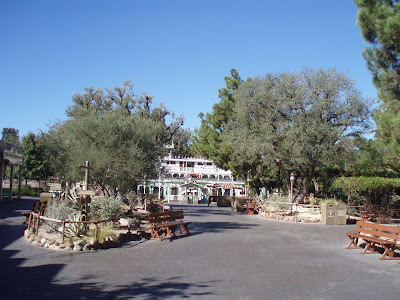 Big Thunder Mountain Railroad, the only “attraction” I rode that day, it’s truly becoming one of my favorites. 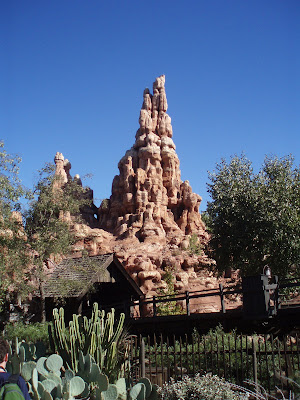 The Rivers of America sure is peaceful in the early morning hours, hard to believe you’re in Anaheim. 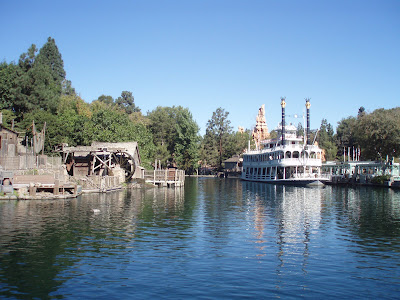 Time to visit my bridge and fence obsessions. Lets's look at the Plaza Gardens Bridge, there have been previous repairs done this year (previous post link) and honestly the repairs make no sense to me. 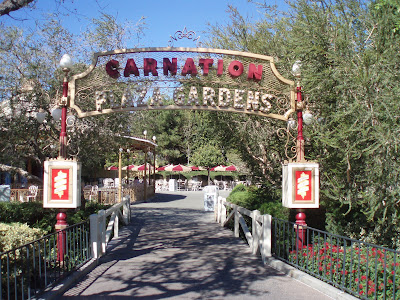 As you can see, they only replaced some of the floor boards, yet they were all in the same (old & worn) condition. Why just replace some? They did do a nice job “weathering” the boards so they look old. 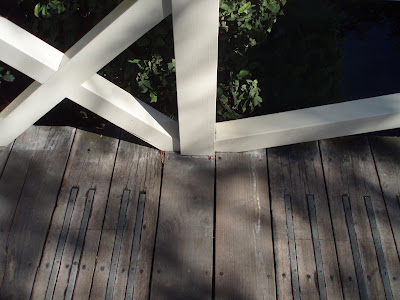 While maintenance did repair the rotting fence posts they must have missed this! About a two foot section of the lower support beam is completely rotted out! I do hope they will be returning to this soon to fix it. It does appear there is a steel support under the bridge, but come on, this is the kind of thing I expect at Magic Mountain, not Disneyland! 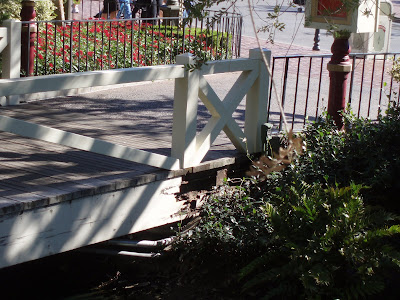 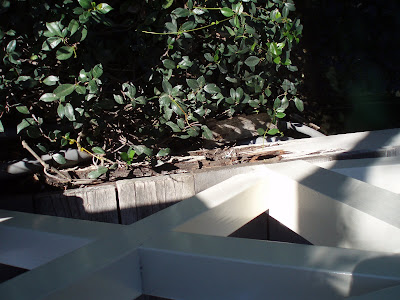 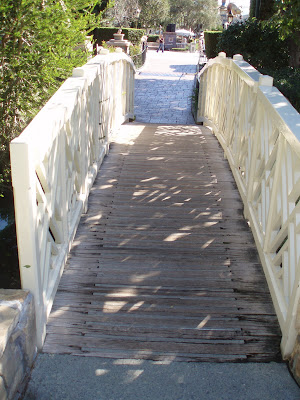 This stuff must require constant maintenance due to the weather.

The third bridge (located just north of the other two) looks fine. It must be fairly new and I gotta say, it’s not nearly as charming as the other two. 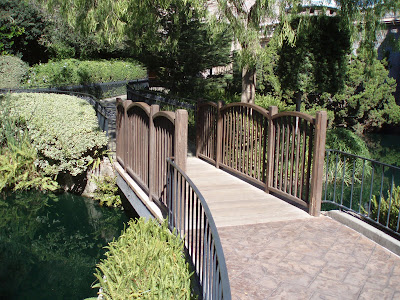 Lots of banging and sawing to be heard upstairs in the castle! I also saw a couple of guys come out of the door with blue prints in their hands. 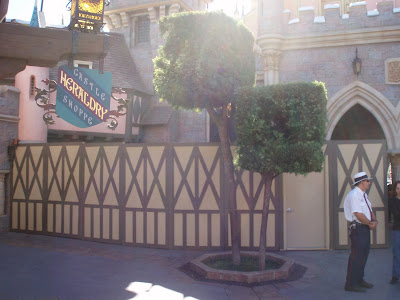 Three fences is doing just fine, although it could use a little assistance from the landscaping department. 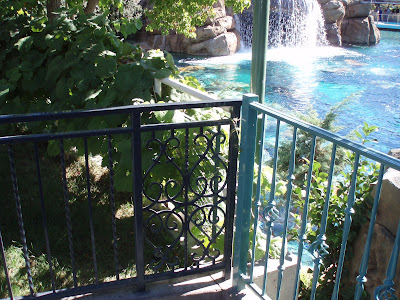 What used to be Titan’s Gardens, its now part of Pixie Hollow. I actually like this fountain and gardens much better. I completely avoided the actual “Hollow” area, it was packed! 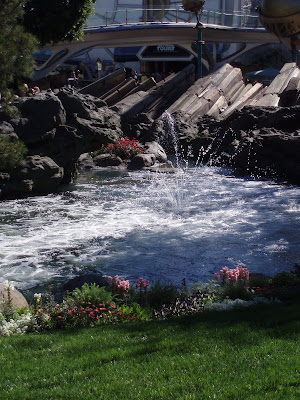 Boy do they keep that little horseless carriage spotless! 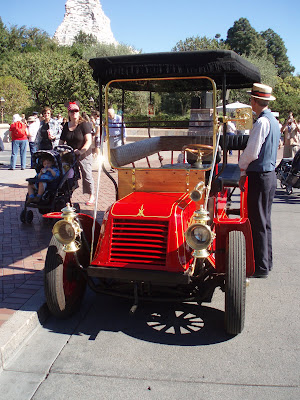 Look what I found backstage, a HUGE Christmas tree! 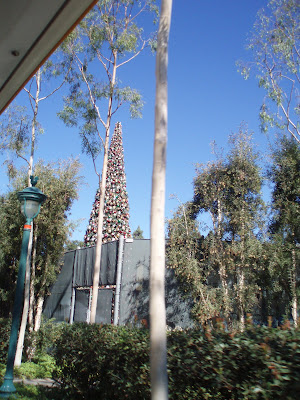 Now a couple of short videos. First, new Purple/Blue Monorail, dare I say “It glides as softly as a cloud”

Look who I ran into sneaking out of the Pixie Hollow area, aren't they cute!

Posted by Vintage Disneyland Tickets at 7:40 AM

You know I love a good Alice/Hatter siting :)

Got the flu BAD!!! These pics do me good!

I always love a trip report! It has now been officially over two years since I've bothered to go to the park. Sad but true.