A Trio of Mark Twain Tickets 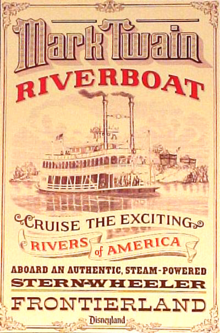 Today let's take a look at a “Trio of Mark Twain Tickets” (say that fast five times in a row!). The Mark Twain is truly a functioning antique. There is a certain irony in the fact this 105 foot “replica” is getting older than the “old time” steamboat she represented when she was built in 1955.

There were three colors that I am aware of, but there could be more. These are beautiful tickets, done in the same style as the early Disneyland Railroad tickets (RR ticket link). These realistic tickets must have added something special to the experience, too bad they don’t have a similar ticket today, even if just for a souvenir. 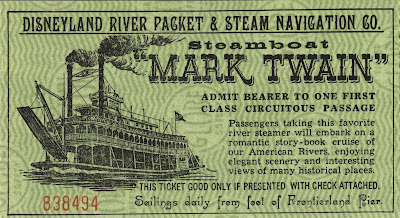 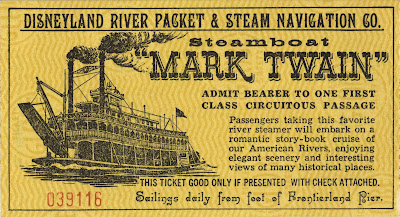 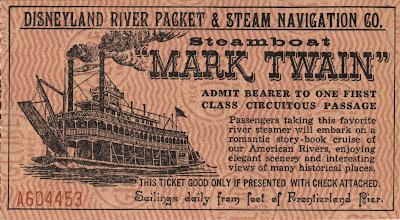 The backs; I could stare at Globe Ticket paper all day long… 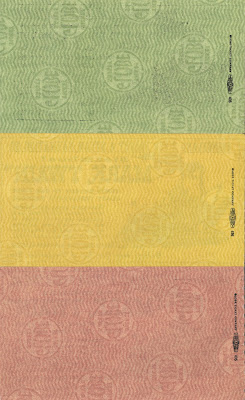 And from “Stuff from the Park” here is an ultra rare shot of the Mark Twain ticket booth. I believe this booth was removed after the Columbia came online, but that’s just a guess. I have never seen a “Columbia” specific ticket - that would be insane!!!! 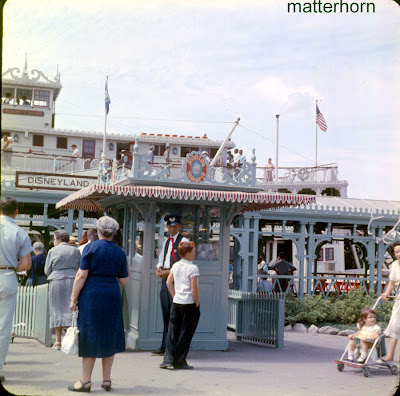 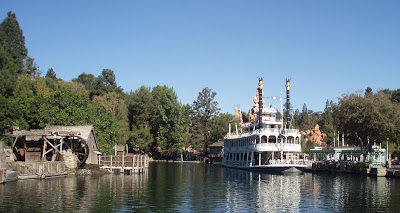 Wow, what a beautiful day at the park today!
Posted by Vintage Disneyland Tickets at 12:03 AM

Love those early train and "Twain" tickets! The illustrations and lettering on them are so great.

Part of me wants to say that there was a gray version as well, but I have no proof, and my memory is liable to be faulty!