Up first is a partial Magi-Pak lettered ticket book, oh boy do I wish I had a complete one of these!

Here’s the “B” & “D” tickets from the above book. It’s difficult to date based on the attractions, but I would place them around 1964. 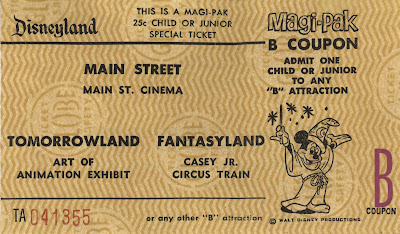 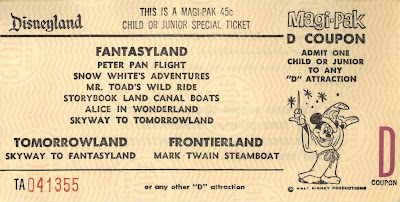 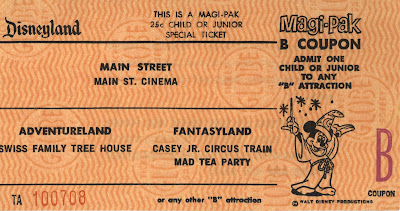 These last two scans are from my copy of the grand Disneyland Ticket Binder. There is no other information than what you see here. Looks like the back to a mid 1960’s Magi-Pak book with an “Early Bird Special” coupon!

Lastly a nice mix of Magi-Pak tickets and back of the book. 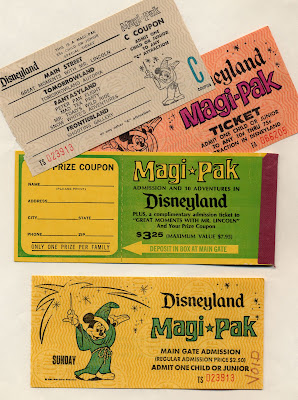 Thanks for all the nice comments on my “one year” post yesterday, I really do enjoy the blog and the comments!
Posted by Vintage Disneyland Tickets at 12:03 AM

Wow, I didn't know that the Magi-Paks ever had lettered tickets! I had two Magi-Pak ticket books but sold them on ebay, I think that one was from the late 60's and the other was from the early 70's. I didn't get much for them, either!

didnt know that disneyland used to charge on a "per attraction" basis. im sure the lines werent as long back then.