Knott's Berry Farm - Before & After part 2

A little late with part two, but better late than never.

Still comparing the before Ghost Town to the After Ghost Town, let's continue right next to the Blacksmith with “Old Betsy – Borax Mine Special” the little railroad car. Here an old black & white postcard. I would place it late 1940’s early 1950’s. 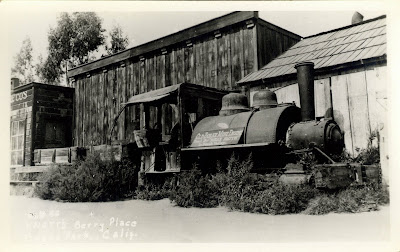 Here a neat color photo of Old Betsy from 1958, thanks Daveland. 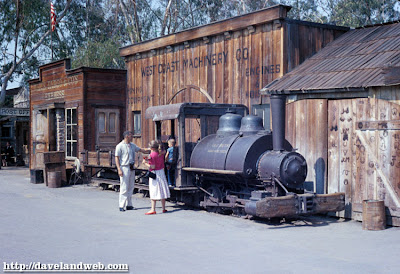 Old Betsy as seen today, she has not changed much. 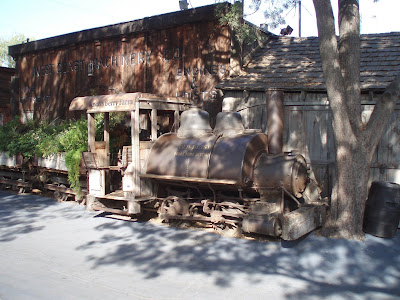 Here’s a close-up of kids playing on Old Betsy from December 1963, thanks again Dave! 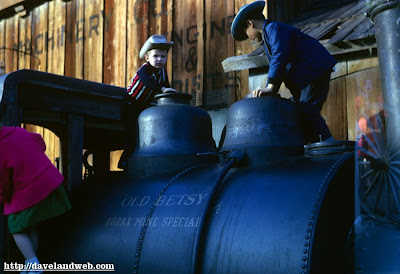 Comparing this close-up with the December 1963 close-up above you really can see that very little has changed, even the painting on the building behind is the same! 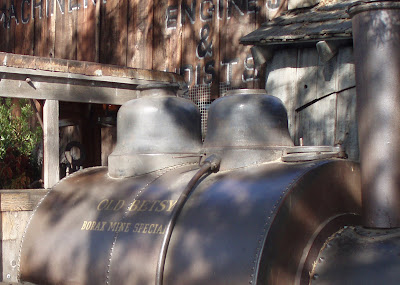 Looking down the same street in the 1960 photo, you can see the mine “tower” (tall wooden tower thing on the right) and the “Bank” with the crumbled wall just beyond it. 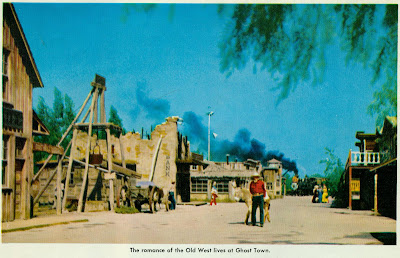 The Mine Tower appears to be in the same spot and looks pretty original too. 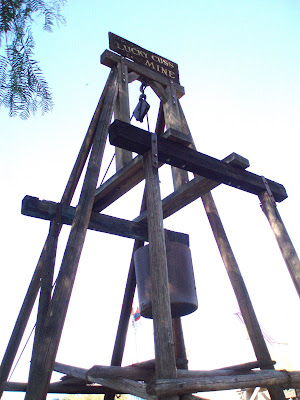 The “Bank” now has the pan for gold attraction right up against it, this is not where it use to be and frankly, it’s pretty lame now. 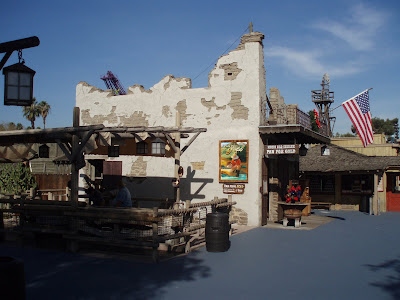 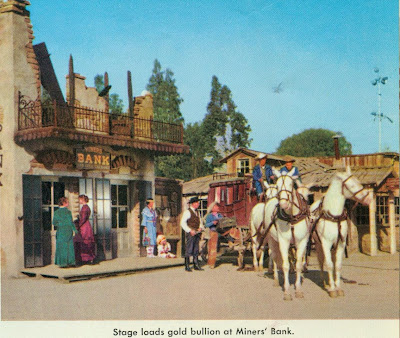 The bank today looks remarkably unchanged. Visit the "LetsTalkKnotts" blog (link) to see a great before and after post of this area. 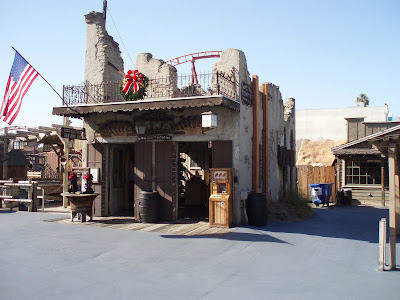 The Birdcage Theatre as seen in 1960. 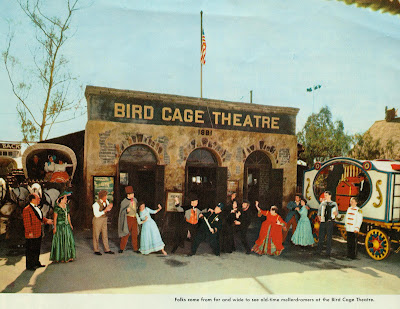 The Birdcage Theatre in 1967, thanks Gorilla’s don’t Blog for the vintage photo. 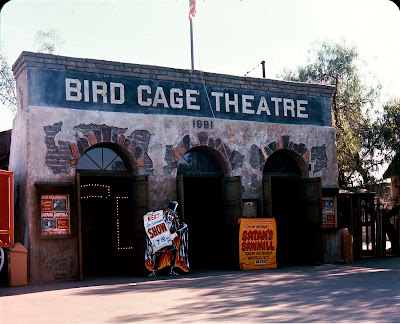 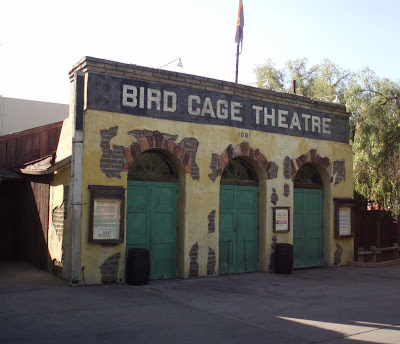 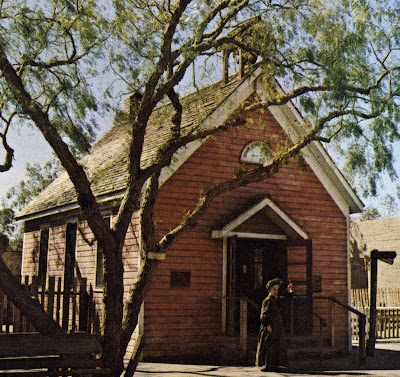 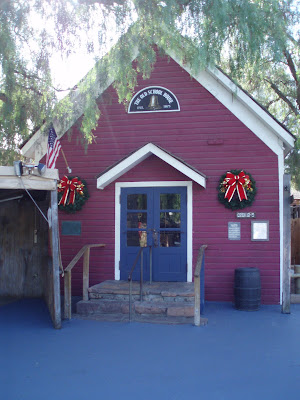 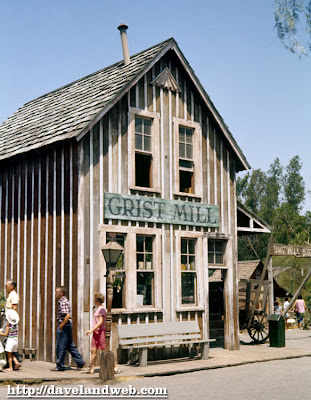 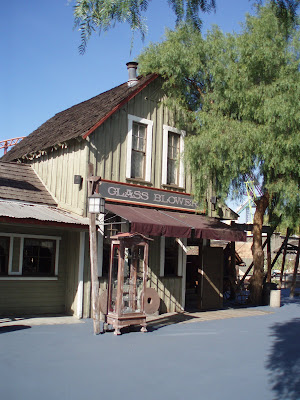 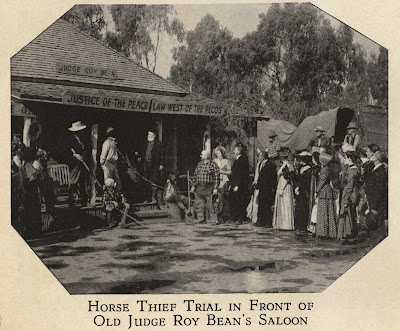 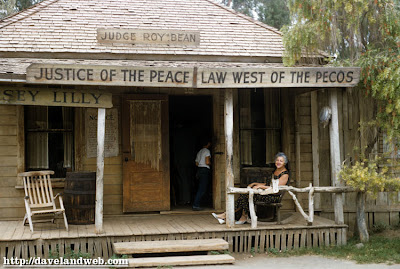 Some additions to the front, but basically the same little Saloon it’s always been. 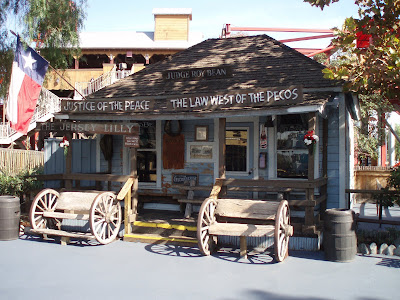 An old postcard showing a couple of very old wagons, I'm not sure where this location was. 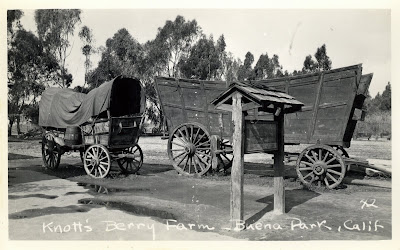 Guess what? I found both of those wagons (at least it looks like them). This guy was just hiding in a corner near a bunch of twisted roller coaster tracks. Note: I did reverse/flip this image so it matches better to the vintage postcard. 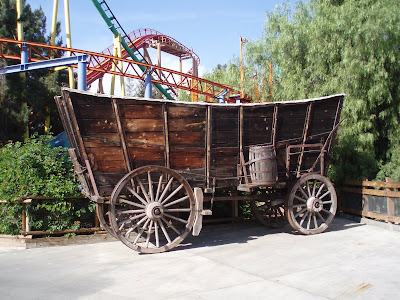 This wagon was right near where the Church of the Reflection used to be. Fear not, I found the Church, you’ll see it in the final posts of this series. 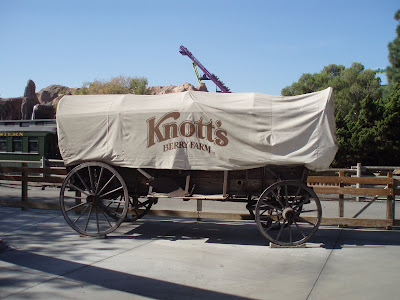 Come back tomorrow for MORE Knott’s Before and After. Comparisons still to come; The Bottle House & Music Shop, Stage Coach launch, Mine Train, Log Ride, Fiesta Village, Roaring 20's and more.
Posted by Vintage Disneyland Tickets at 8:44 AM

Great post. Really enjoying the photos. That Sad Eye Joe card looks like something out of the 50!

I really enjoyed this post. You did a great job matching your shots to the old. Thanks!