From January 15-21, 1955, this TV Guide is part three of a four part series called “Disneyland Album”. You can see parts one and two here (Part 1) (Part 2). Check back next Friday for the fourth and last part.

Why Panel Shows are ‘Rigged’. Interesting to note this was almost two years before the Charles Van Doren Twenty-one scandal that put these early games show out of business for a decade. 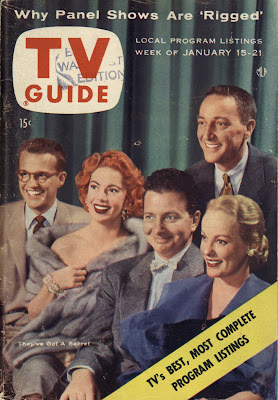 The TV Teletype – New York Edition. WOW, that episode of Studio One “It might happen tomorrow” sounds like it was way ahead of its time, I sure would like to see it. 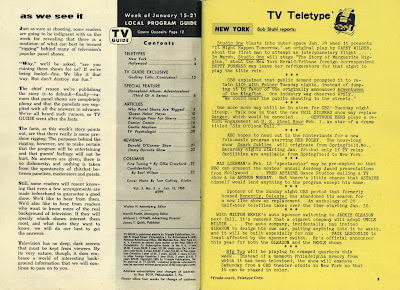 The Hollywood TV Teletype (still on the back side!) "ABC is working on plans for Walt Disney to do an hour-long, five-day a week daytime show from his new amusement park 'Disneyland' starting next fall". Did this become the Mickey Mouse Club? I don’t recall the MMC being filmed at Disneyland. 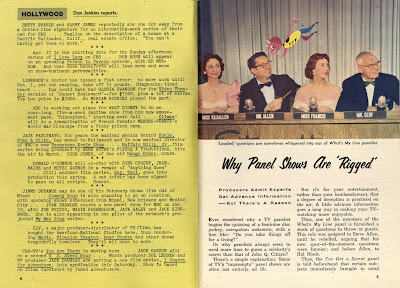 Here’s this weeks Disneyland page featuring Frontierland. Again its slim on info and not really related to the park, except some of those names would appear in Frontierland. 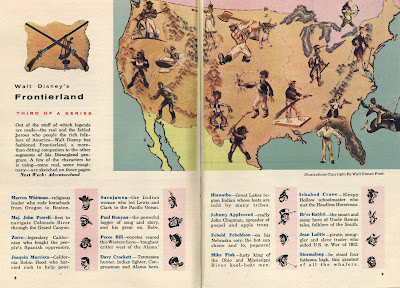 Wednesday’s line-up includes; two Color episodes on “Norby” (never heard of it except in these old TV Guides), the premier episode of “The Millionaire”. 'My name is Michael Anthony…' I loved that show! And of course, Disneyland. This week’s episode has Walt arguing the existence of sea serpents. 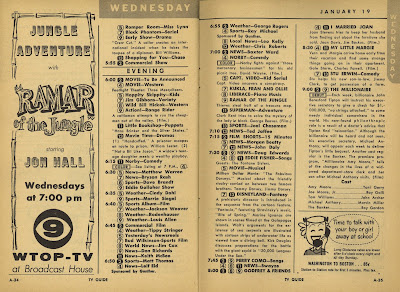 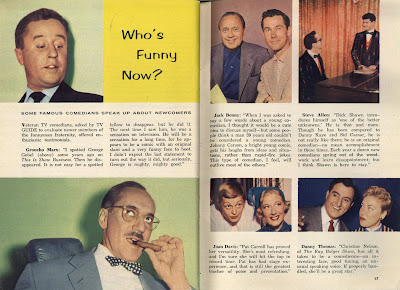 Check back Bonus Sunday for the entire issue, it’s always a fun trip thru time.
Posted by Vintage Disneyland Tickets at 12:03 AM

Like "Norby", it's so interesting to read about shows that I've never even heard of ("Honestly Celeste!" - - probably starring Celeste Holm?).

Liberace has to lose weight and stop smoking.

I think that early plans for the Mickey Mouse club did involve filming in the Opera House.

For those of you who can't live without knowing about Norby:

A comedy revolving around Pearson Norby, a vice-president at the Pearl River First National Bank in Pearl River, New York. It ran from January to April 1955.

The interesting thing is it was shot in COLOR. Must have been somebody's pet project.

Also note the ad for "Ramar of the Jungle." Ramar was a trained Gorilla who later was part of a regular stage show in the Gypsy Camp section of Knott's Berry Farm. (Gypsy Camp lasted slightly longer than Norby.)