The magazine featured in yesterday’s Autopia post must have inspired countless kids to want to go to Disneyland even more than they already did. Today’s post is a fascinating article about a family that felt pressure from everywhere to take the kids to Disneyland.

From “Saga” magazines September 1956 issue, the article is titled “Trapped in Disneyland” It’s told from Dad’s perspective, his wife Irene seems to be on his side, the Kids; Steve and Andy are classically at odds with the parents.

This article is either a total put down of Disneyland or it's cutting edge 1956 comedy & sarcasm or possibly both, you be the judge. My favorite part is when dad gets upset because the Pirate Ship ride turned out to be a tuna restaurant! Enjoy… 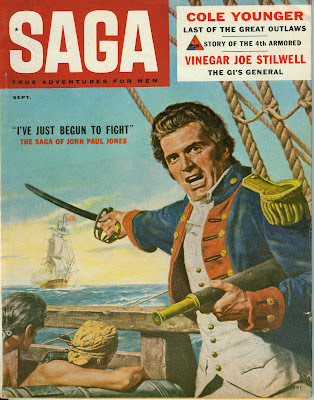 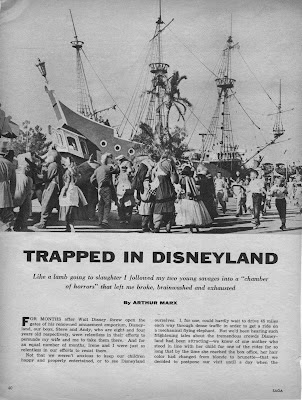 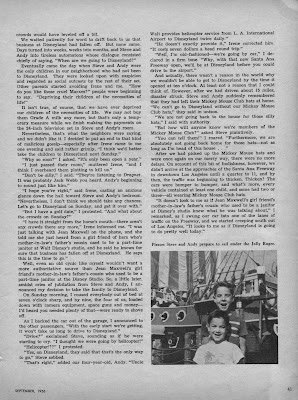 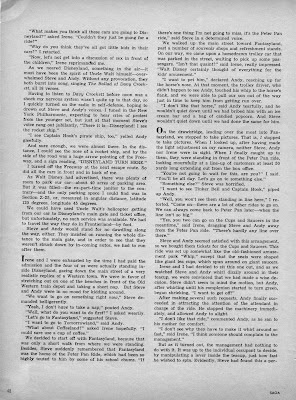 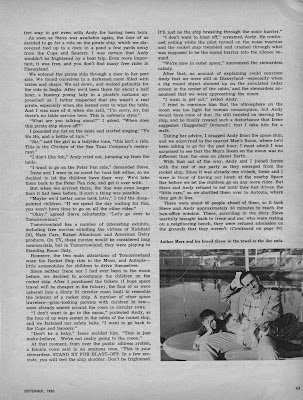 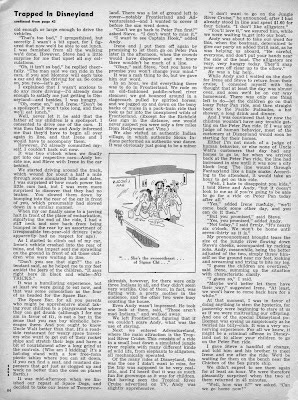 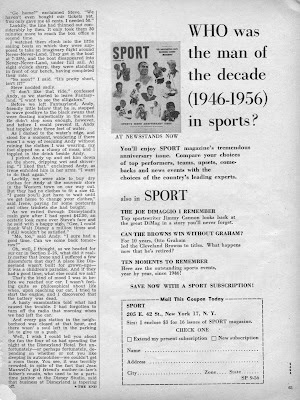 I told you it was fascinating. I’m actually at the park today, my friends mother-in-law’s father’s cousin that used to work part-time as a janitor at Disneyland said it wont be crowded today…
Posted by Vintage Disneyland Tickets at 12:02 AM

Uh I am not surprised that it is sarcastic in tone. It was written by Arthur Marx. He's Groucho Marx's son. (At least I think it is the same Arthur Marx.) I love the blog. I love all the stuff that gets posted here.

Yes, it IS supposed to be funny, but Arthur Marx is pretty convincing as a guy who is annoyed by everything and can't lighten up!

There's actually websites devoted for "Dad mags of the 1950's" like this one. Most of the articles tend to aim for "hard boiled" but this one overshoots the sarcasm and it just comes out mean. - I wouldn't consider it a primary source exactly but it does give you an idea of what an unpleasant day at Disneyland was like in its first years.

Incidently, watchful eyes will remember that the benches that Mr. Marx and his children are sitting on can be seen here: (Gorillas don't Blog, March 7, 2008

Stitch the URL together in your browser.