Taking a much needed break from the Magic Kingdom, today lets journey back to Disneyland in September 1967.

This LIFE magazine article on the new Pirates of the Caribbean is about 6 months late and it’s located at the very end of the magazine. However, it’s a great article with some fun original pictures of the attraction.

The cover showcases’ the lead article. “The Intimate Recollections of Stalin’s Daughter”. To be honest I didn’t read it, it sounds dull and I’ll read just about anything. 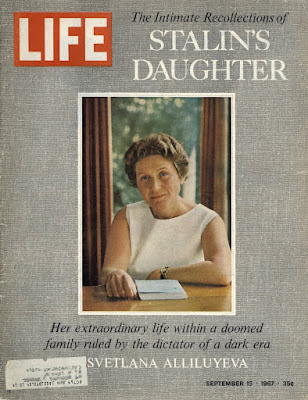 It cost Disney eight million dollars to build this attraction and produced one million riders a month at 75¢ each, a pirates life indeed! That’s an average of 2,083 guests per hour, 16 hours a day for a 30 day month. Seems easy with a claimed capacity of 3,600 per hour, WOW! 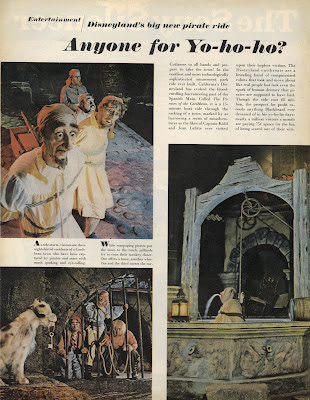 “Shift your cargo and show your larboard side”. The Auctioneer still looks remarkably the same, even at the Magic Kingdom. 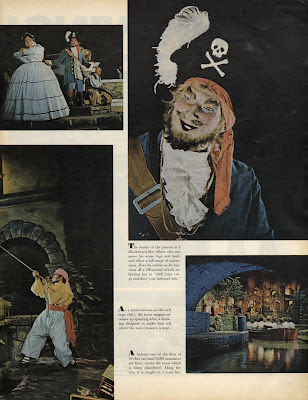 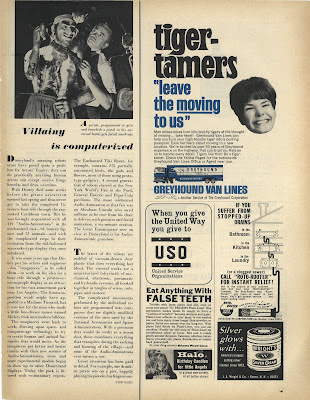 Interesting how the end of the article talks about reprogramming the computers if repeat guests get bored with the show. Does adding Johnny Deep and removing Black Beard count as “feeding a new plot into the computer”? 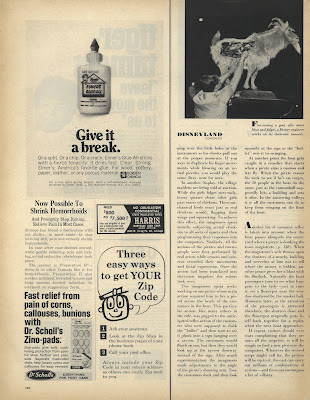 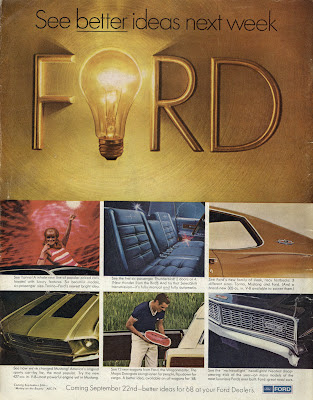 A fish for the Mopar fans. 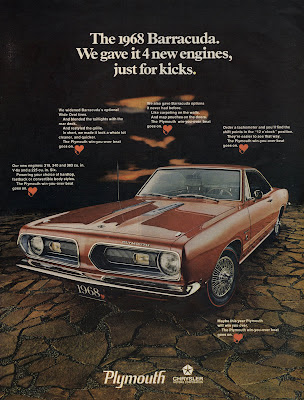 7up. Back when there was no Sierra Mist. 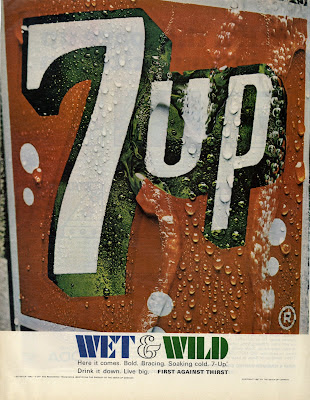 This isn’t an ad, it's part of an article on the Saturn 5 Rockets, beautiful machine, isn’t it? 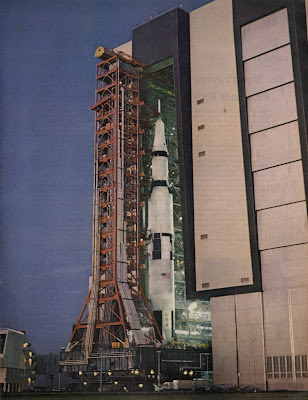 And you just gotta love Avon men’s cologne. They all basically smelled the same but came in these unique shaped bottles. I bet there is an entire sub-culture on EBay for these things now! 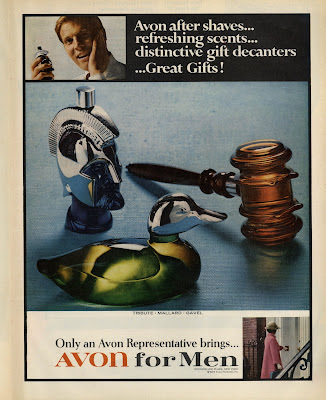 Tomorrow: ?
Posted by Vintage Disneyland Tickets at 12:09 AM

Yes, that photo of the Saturn V is a beauty, and takes me back to the exciting days of real trips to the moon.

The "Pirates" article is fun, I love some of the hyperbole that was written about some of the details. Somehow I find it hard to believe that the Imagineers spent MONTHS studying chickens when all they do is move their wings a bit and turn their heads in a chickeny manner. And does the piccolo-playing pirate really move his fingers accurately? Still, at that time people believed that the Imagineers were capable of anything!

Terrific article! I'm still so blown away with how real the Auctioneer's face looked. Just imagine Leota Toombs out there pinching his eyebrow fluff into those shaggy tufts. He's really gorgeous.

I've had the opportunity in years past to walk through the attraction and stare right into some of those faces. The effect it has on the back of your neck is chilling.

Those kinds of big magazine profiles are always fun to see, especially since in those days that or some special professional promo film was the only chance you ever had of seeing an attraction interior without visiting the park.

Thanks for sharing that great article. I was a little surprised to see that the original capacity of the the ride was 3,600 per hour. Didn't the original boats, pardon me, bateau, only have five rows? The hourly capacity was still only 3,600 with the six-row bateau. What gives? In the good old days only one person was needed to dispatch a boat. Now it takes three!

The intimate reflections of Stalin's daughter may sound boring, but I heard it was later made into a movie about her strange journey from Milan to Minsk. Village Voice proclaimed it a masterpiece!