Disneyland Plaza Gardens Fence - Before and After

I was at Disneyland yesterday and stayed until after the Fireworks last night so today’s post is light. It was good to back at the park and to spend 10 hours there on a beautiful summer day.

The flag pole shot looks somewhat different at Disneyland than the Magic Kingdom. The castle looks better further away (or what appears to be further away). The Magic Kingdom castle is awesome, but a little too much “in your face”. 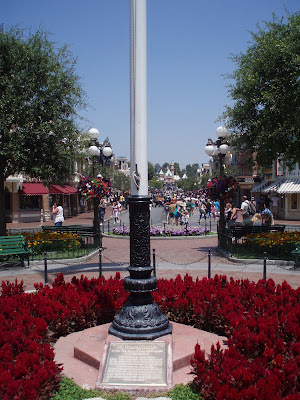 It’s temping to rip down that “years of whatever” sign. Is it just me or is that promotion really getting old and tiring? 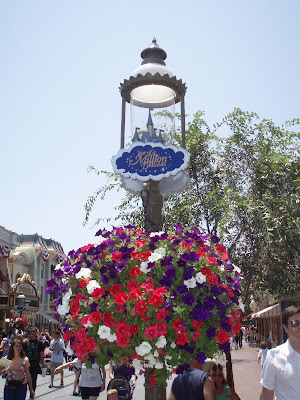 The crowds were actually not too bad for summer, although some of the lines mid-day got nutty. I actually waited an hour for Indiana Jones, I’ve never been in the outside queue line, and it’s great, for about the first 5 minutes… Ah, a castle that you can walk right thru, it's good to be home... 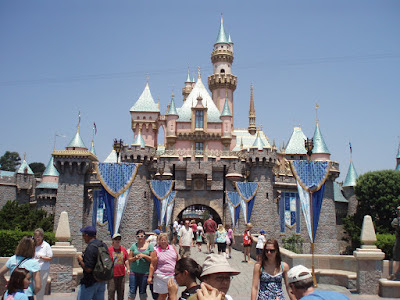 Now a brief before and after. Gorilla’s Don’t Blog had a post on Monday (link) that showed this great photo of the Gazebo that is where the Plaza Gardens are today. Progressland commented that the fence on the bridge (far left in the photo below) looks like the same fence that is there today so I just had to check it out. 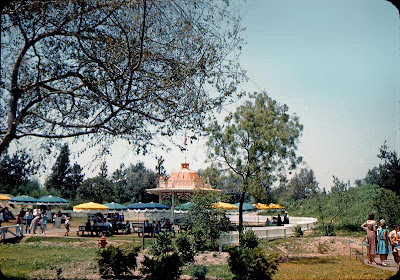 This photo is from Stuff from the Park, I’m not sure on the date, but it shows the same little fence on the bridge. 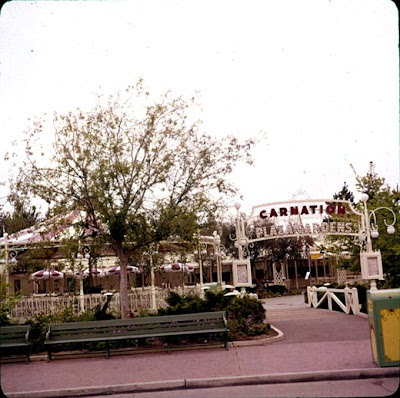 From yesterday. It looks pretty much the same to me. 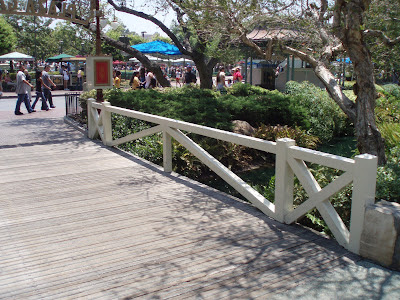 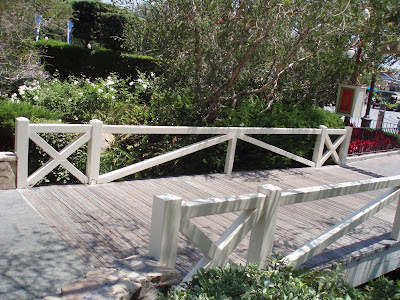 This close-up does reveal this is not a “new fence” or new bridge for that matter. Could this actually be the fence from 1955? Here’s the bigger question, how in the world would we ever find out for certain? 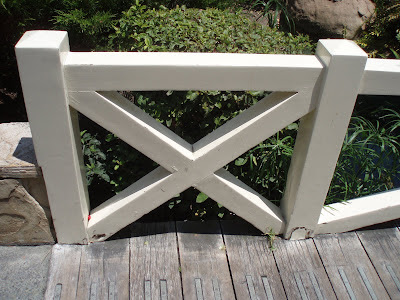 How can we be certain? Perhaps Facilities has some records...

Tim - excellent before and after shots...you know I love that stuff! Welcome back to the real park!

Love those B & A shots! Great work!

No reason that the bridge wouldn't be intact...Looks like sturdy construction, and they knew how to build stuff that lasts back in the 50's. Great post!