Welcome to Bonus Sunday. I owe you one copy of the Disney News from the winter of 1979. My scanner drivers aren’t playing nice with my new capture card drivers, so maybe later today if I can get it fixed.

Let’s take a quick look at the newly re-opened Magic Shop on Main Street. These photos were taken on Thursday 10/29. Not sure when the Magic Shop re-opened, but I think it might have been that day. They really went all out on the outside window displays. The first thing you see is the big spinning disk, and it sure was getting folk’s attention. 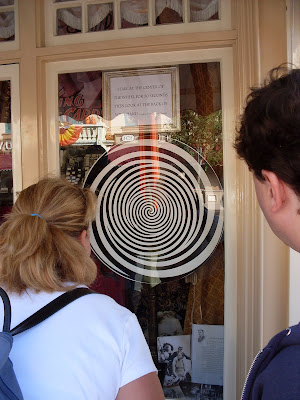 The effect didn’t work for everyone, but when it does it sure gets some funny reactions!


The glass is “NASA” clean so it’s really hard to get photos in the morning sun, as you can see there’s some really cool stuff on display. 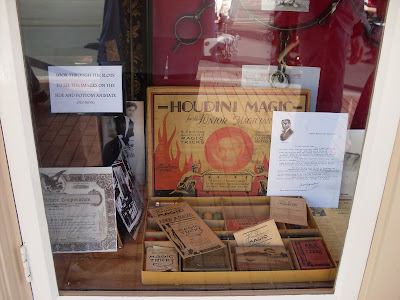 The antique items aren't just in the outside windows and the ones in the store are for sale. This reminds me of the “One of a Kind” shop and continues Disneyland’s fine tradition of selling something you won’t find at every other mall in the USA. 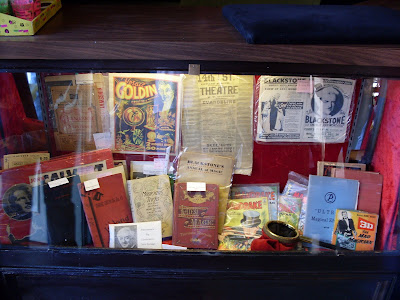 The Cast Members in the shop were excellent and had the kids mesmerized, again, this reminds me of the old photo’s I see on the vintage blogs. 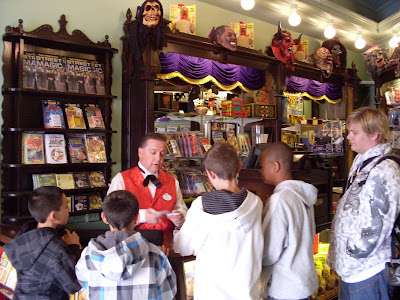 The “Blank” deck trick is pretty convincing. $22.95 seems about right. Most of the prices were reasonable and most of the merchandise is unique and themed correctly. Good show whoever pulled this together.


The interior itself remains virtually identical; in fact I can’t see any difference except for the merchandise. Same counter and shelves. Hooray – Disney actually left something alone that was already perfect, maybe this will start a trend? 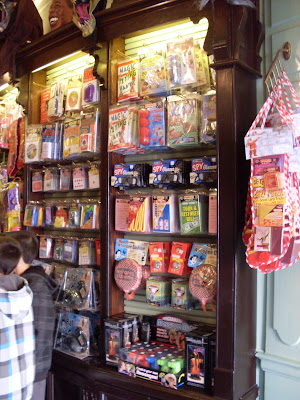 Books and puppets fill the first set of shelves. The puppets are cute, not sure how they fit the theme, but it seems to work. 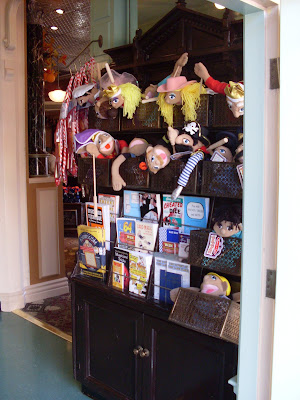 The main case inside the shop has a few very expense items. If this photo wasn’t so blurry (no flash + my shaking hands = a blurry mess) you could see what appears to be some real Houdini items priced in the 4 figure zone – out of reach, but uber cool to look at. 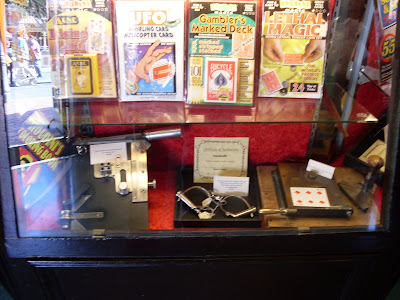 My entire visit top the park Thursday was 45 minutes, that “work” thing called me with a 911 and took me away from the park, the nerve of them! So the rest of these photos I took in about 5 minutes! The smell of the candy always gets my attention. 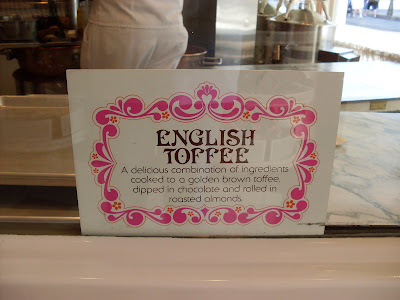 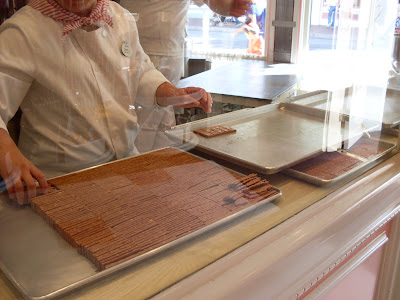 Well, well, well, looks like some snow fell on the castle over night. Only in southern California can we get snow and have an 85 degree sunny day at the same time. 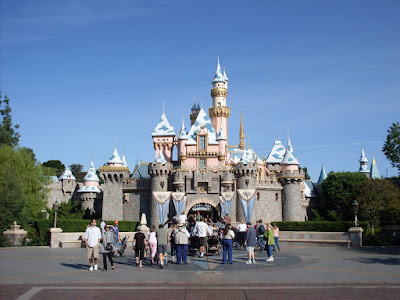 The water is back in the moat, the bridge is all fixed, all is well in the world. 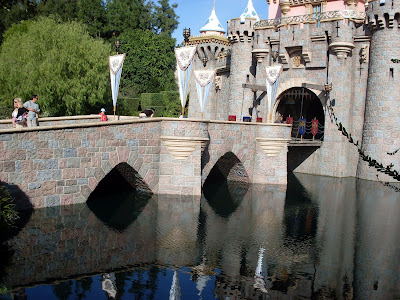 I hope you got to ride Ghost Galaxy or that you are riding it today, Space Mountain closes tomorrow (just for one day) to remove the Ghost Galaxy overlay, see you next year! 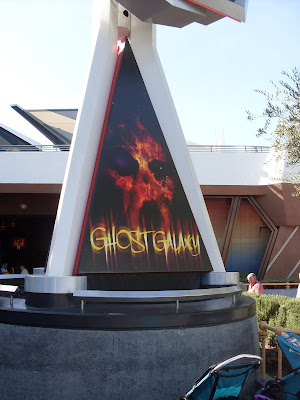 Reaching to the sky and needing some paint. 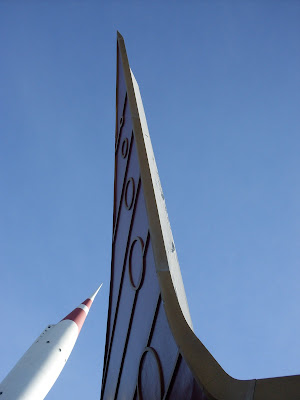 Major Pepperidge has allowed me to share his favorite Orange monorail. I’ve realized it’s my favorite too, the striking orange with the black windows is sexy and bold, no wonder its Major’s favorite! 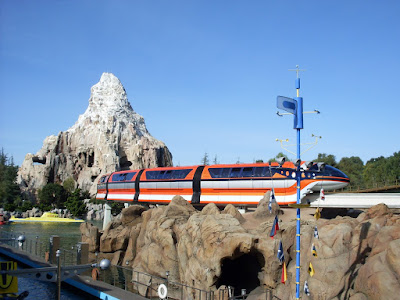 Don’t even try to go when this light is red! Funny thing was, the orange Monorail was the only monorail on the track, so why is the light red, what are we wanting for? 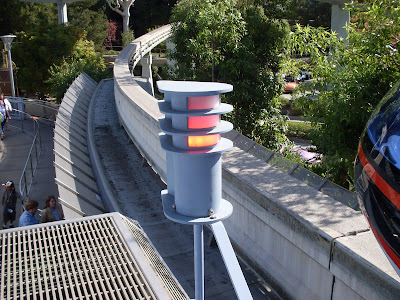 There were several small groups of kids all over the park. They had one or two cast members with them. At first it looked like a tour, but it’s different. The cast members were telling the kids about Walt’s work ethics and team work. Each kid was handed a piece of yarn, with all the yarn pieces forming a pattern as they held them. Then the CM would creature a scenario were some of the kids had to “Drop their sting” to do other things, as the stings dropped, the pattern erodes. Nice demonstration of team work! I later found out this was part of the Y.E.S. Program. I never know they had something like this, wow, nice extra touch Disney – Walt would be proud. 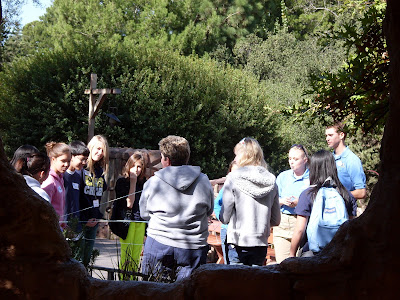 I’d rather jump on the Omnibus and head to the hub, but I had to leave. I’m thinking I won’t find another “non-crowded” day until January 2010! 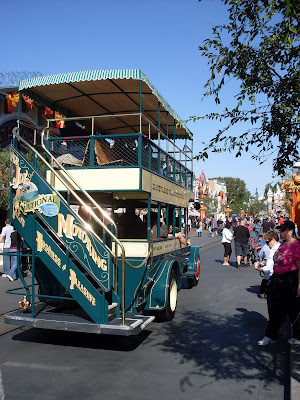 Posted by Vintage Disneyland Tickets at 12:21 AM

Wow, another great post, you don't owe us anything! The Magic Shop looks fantastic; updated, but not ruined. And it still has monster masks, best of all. The Y.E.S. Program sounds pretty cool too.

I like the new Magic Shop windows, too. Did you see the dancing handkerchiefs in their other window? It's very cool!

Again, I'm SO happy about the Magic Shop. Hopefully these tenants have a long lease. The selling of real vintage items in the shop is extra cool! Sorry your trip was cut short!