In Honor of my upcoming trip to Walt Disney World this summer, lets take a look at Walt Disney World six months BEFORE it opened. Today's posts comes entirely from the April 4th 1971 edition of LOOK magazine. I sure like the HUGE size of these old LOOK and LIFE magazines, I still feel like kid when I hold one of these classic magazines. They measure 10 1/4" by 13 1/4" just in case you are curious.

The Mickey on the cover looks a little odd to me, I can't exactly figure it out, but he has a Twilight Zone look to to him as do the early WDW TV commercials. 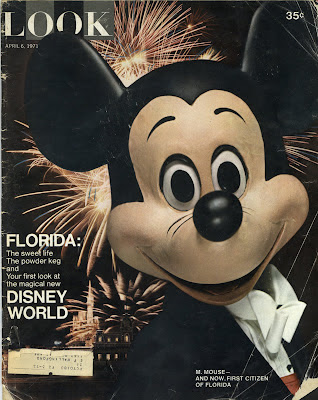 You will notice that WDW looks like it's pretty far along at this point. Most of these photo's look like completed areas. 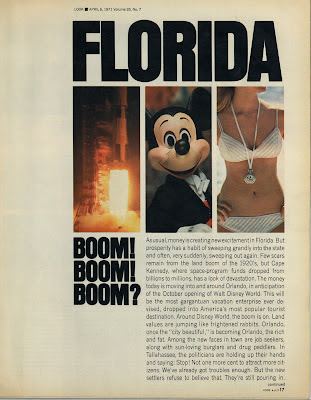 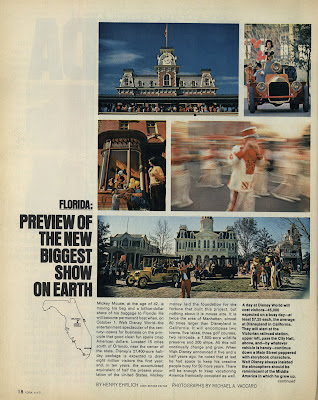 This blurry page is not a scanner error, several of the pictures in this article are like this, my guess is two fold; (1) It's artistic and (2) I think they are trying to hide the fact that the place isn't quite finished yet. 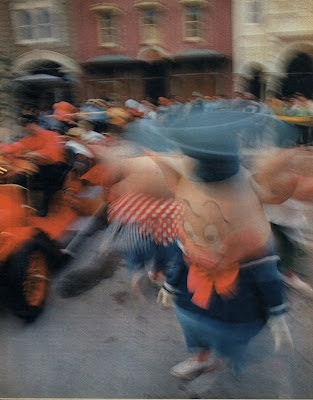 "Thousands of Acres of Computerized fun" Thousands? The Mickey Mouse Musical Review sure looked neat, was it? From Wikipedia: "In October, 1971, the Mickey Mouse Revue show opened as an 'E' ticket attraction in Fantasyland, in the Magic Kingdom, Florida. The show ran until it was closed on September 14, 1980. The building that housed it was renamed the Fantasyland Theater. Mickey Mouse Revue found a new home at Tokyo Disneyland park in Japan, where it plays to this day in the Japanese language." 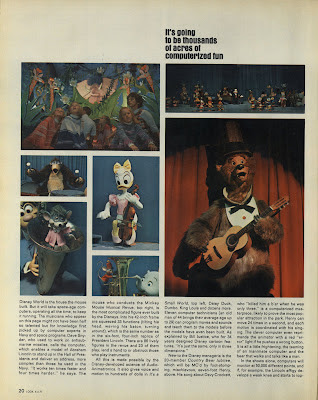 More blurry fun! Check out the text on this page, Disney was still claiming it would build "Walt's" EPCOT, 20,000 people and all... 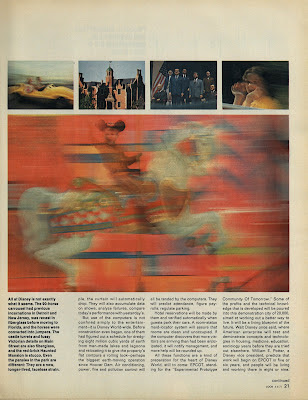 Hey, where exactly is that submarine floating? Looks too big to be the lagoon at WDW. 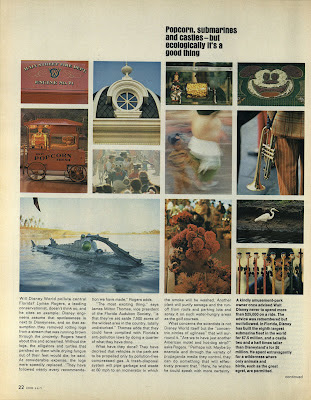 Is that Castle finished? 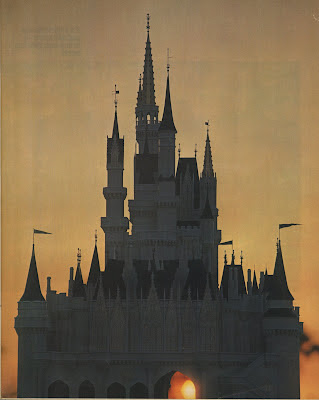 I wonder if THIS is what Walt had in mind for the Florida project? 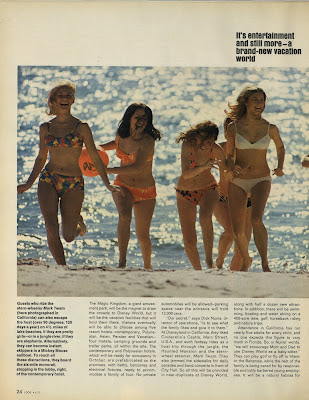 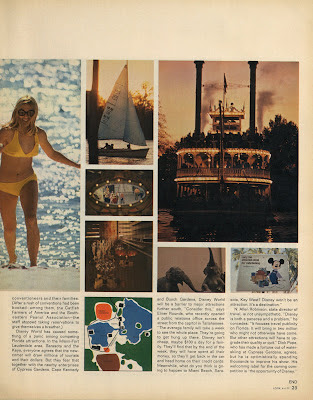 And now a couple of full page ads. [Disclaimer alert: I in no way endorse or approve of cigarette smoking, it's nasty and deadly] That said, this is 1971 and cigs were cool still. These Eve ads used to really creep me out as kid. That art work reminds me of my cousin who lives in Topanga Canyon and grows all her own food! "Smoke Pretty" and I guess you "Die young"! 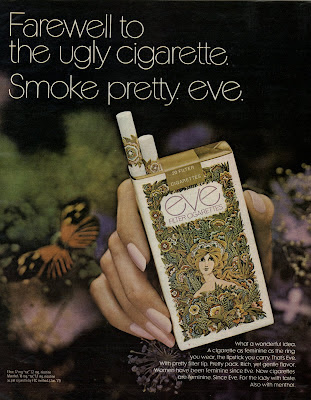 2nd Disclaimer alert: I do fully endorse and approve of Mustangs, in fact I just so happen to drive an 06' Mustang GT, but I'd trade it for that 1971 Mach-1 in heart beat! Of course that has to include the stylish model and that Lear Jet too! A better idea for safety; buckle up. 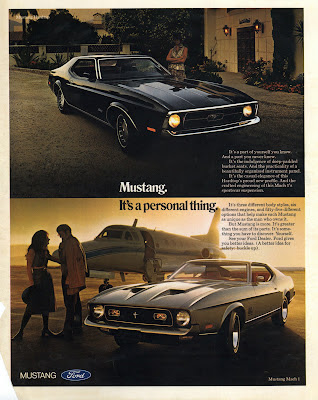 This is great! I always meant to eventually buy a copy of this LOOK magazine, but never got around to it. Same with the LIFE issue from around the same time, I still haven't acquired one of those. Maybe you can post that sometime! ;-)

Mickey really does look odd, he's the "bizarro" version. And look at the lack of landscaping in the picture of Mickey in Town Square... dirt and even some 2 X 4's in the background.

I have a few slides from WDW showing massive construction, I should post those sometime.

I've been trying to acquire this magazine for a while. I always lose the auction for it or find one in person that is in terrible shape.

It's funny to think that most of these pictures were taken around unfinished areas and at various angles to hide the construction.

If you've ever read Charlie Ridgway's book, he discusses getting these photos taken.

Fantastic. Really enjoy the vintage periodical posts. What a different time...and a portal to ones youth.

I remember finding magazines like this around the vacation house that we would use each year.

That Mach 1 is similar to the one seen in the 1971 James Bond classic, Diamonds Are Forever. A fun rent if you don't already own it.

Take care---Please post more magazine stuff if you have it.

That odd MM on the cover of the magazine is actually a close-up of the Audio-Animatronic from "The Mickey Mouse Revue." I was lucky to get a chance to see it at TDL a couple of times...really great old school Disney and the AAs were awesome...particularly MM and the 3 Caballeros.

The 20K sub is pictured in Bay Lake, behind the Contemporary hotel. The canal to Central Shops is to the left of that picture.