Today we’ve got a fairly rare Disneyland gate flyer from December 17, 1961. This large and detailed flyer was for Disneyland's presentation of the “Christmas in Many Lands” parade.

Christmas in Many Lands was held on December 17th as was the Candlelight Procession, the “Living Christmas Tree” (what was that?) and Christmas Trees Around the World display (at the Pavillion?). Lots of special event dates, times and locations if Jason is still out there. 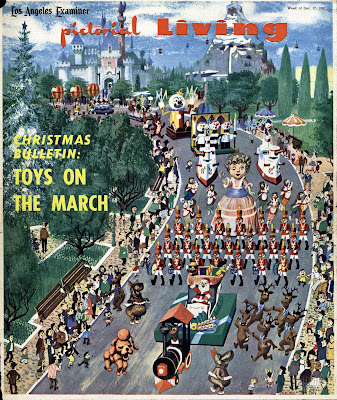 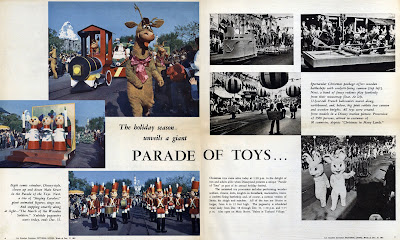 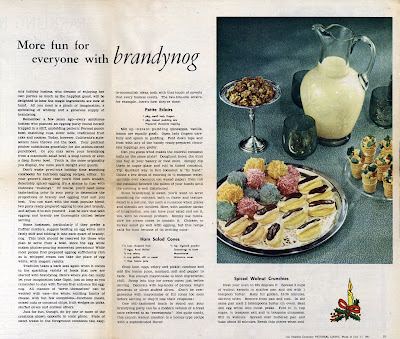 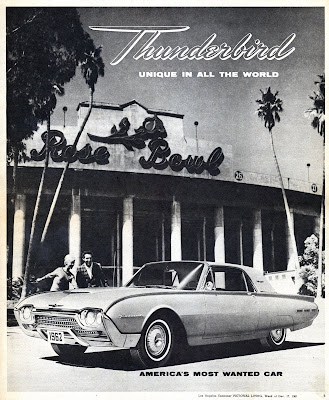 Come back tomorrow for a special TRON show & tell post.
Posted by Vintage Disneyland Tickets at 12:01 AM

Looks like you're starting to delve into the rare stuff! I have one of these, but it's in terrible condition.

Thank you VDT, don't mind if I do have a tipple...

I think I've decided I want to live in the early sixties for the rest of my life. These are the parades I remember (and love... I haven't seen a modern D-land parade in years) and industrial designers had 50's garishness under control.

It bothers me that in a blink it was all swept away by the fruitcake 70's.

The "Living Christmas Tree" was just a fancy name for the section of the Candlelight Ceremony that contained risers in the shape of a Christmas Tree with singers standing on it (shown in your previous post.)

The Living Christmas Tree Choir is still part of Candlelight today. I'm jealous of the person who gets to be the star.

I would love a glass of your Brandynog, please. It sounds like it could be the name of a river or mountain range in Tolkien's Middle Earth.

As usual, I love your blog more than just about anything.