These press photos are dated 1969. I should know the name of this parade, but being the huge parade fan that I am (not) I have no idea? Fantasy on Parade? Very Merry Christmas Parade? 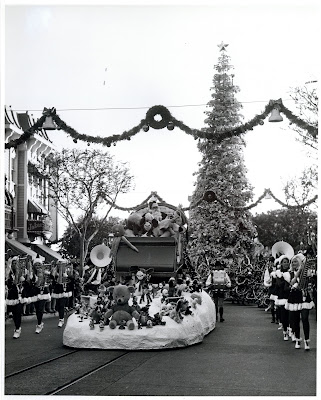 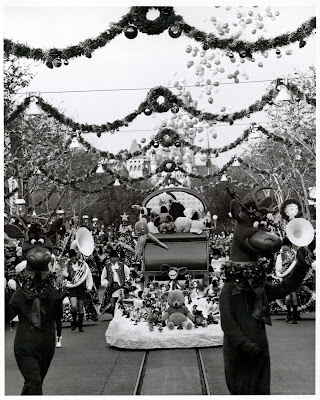 Richard Burton does a cameo on a horse. 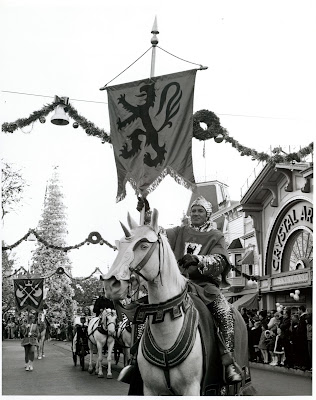 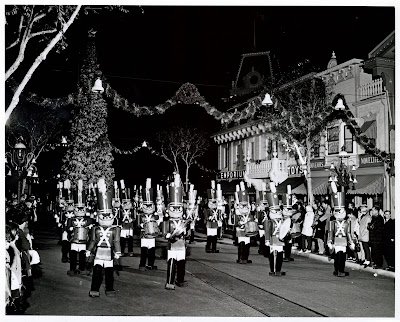 The Candlelight Ceremony, a little dark but hey, its at night! 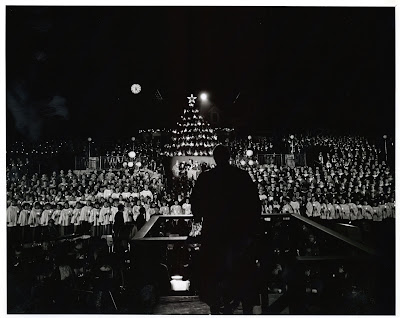 I would bet at least twenty bucks that this was indeed "Fantasy on Parade".

Is the Candlelight Ceremony done one night a year, or is it done several times?

It was indeed "Fantasy on Parade". I was in those Christmas parades for six years, starting in 1966. In your first photo showing Santa's float, that is me - the blonde "Glock girl (as we were called because we played the "Glockenspiel") in the very front on the right side of the photo. I am so happy you posted this!