This 1978 Disneyland Candlelight Ceremony pamphlet is an interesting little item. It’s rather dark and dreary in my opinion, when I think of the Candlelight Ceremony it’s usually on a brighter note, like this (link). These clone women on the cover are a cross between Mary Tyler Moore and Marlo Thomas. 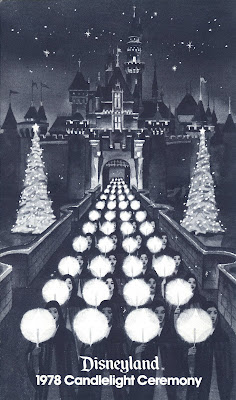 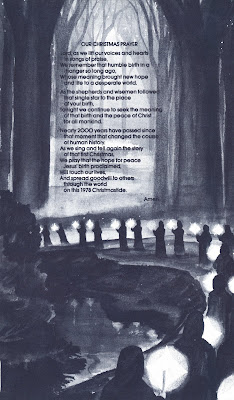 This really needs some color or something – it looks like the Wicked Witch of the West is up in one of those towers with an hour glass in her hand. 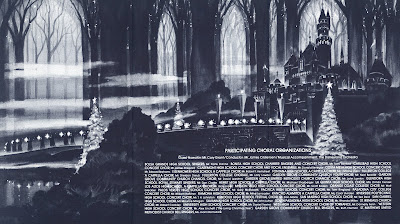 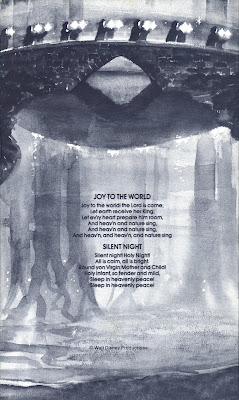 For some much needed color, here's the cover to the Winter 1974 Backstage Disneyland magazine. (I don’t have a 1978 Backstage to match the pamphlet so your getting one from 1974 – add collective sighs here) 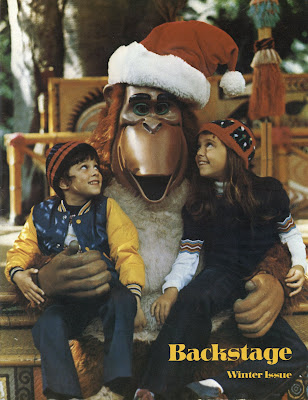 Who is this guy and what is he making? Well its Pinocchio’s Village “it could replace the Fantasyland Theater and stretch all the way to the Fantasyland Skyway” it would include a Pinocchio dark ride, shops and a restaurant – hmm, sounds familiar huh? 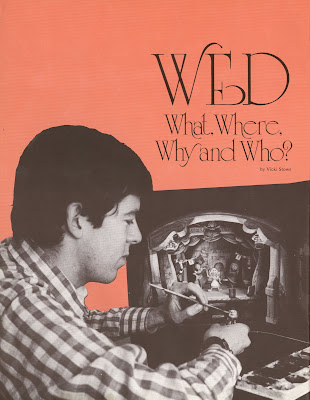 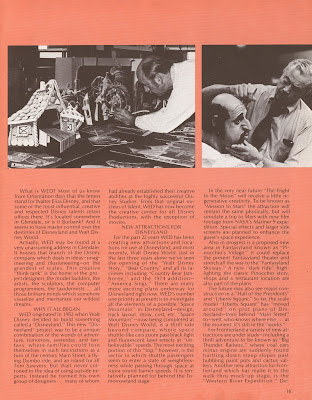 Check this out, in 1974 they had a plan to use the upstairs of the America Sings building for a “UFO Show”. “Guests will travel in cars in one direction, armed with air guns, while eerie, unhuman, gremlin-like targets pop up…” And you thought Buzz Lightyear Astro Blaster was a new concept. Those president heads are scaring small children and animals (and me). I see Casey Jr. artwork on that pinup board - I want it! 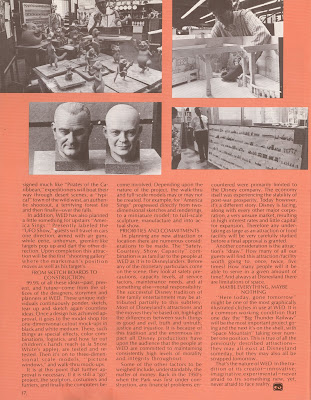 Come back on Bonus Sunday for the entire issue. 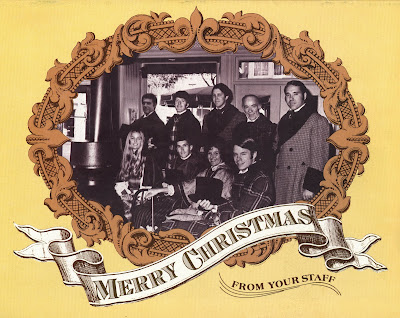 The artwork for the Candlelight Ceremony is neat, AND is clearly referencing the "Ave Maria" segment of the original Fantasia. I kind of like the dark look..

"Ave Maria" - I suppose I should know what that is??? (some Disney fan I am!) The Fantasia connection makes sense now - visually, but I'm still not seeing the Christmas connection... :-) I knew you'd like the "dark side" LOL.

Ave Maria is the final scene from Fantasia with the procession of singing nuns with candles that disburses Chernabog and his minions.

I am really surprised they didn't do those interior pages with yellow, orange, gray, and brown, rather than just dead black... it may have been a cost control thing.

Yep, Ave Maria. Notice in the second and third pic how the tree branches curve, forming a gothic style arch like in a church or cathedral....just like in the Fantasia segment.