I've got my Guess Shirt and Guess Jeans on and I'm ready to head over to see Expose' on the Videopolis Stage at Disneyland, anyone else want to join in? The Commodores on the River Stage! Richard Marx, the Harry James Orchestra and More! Can it get any better? 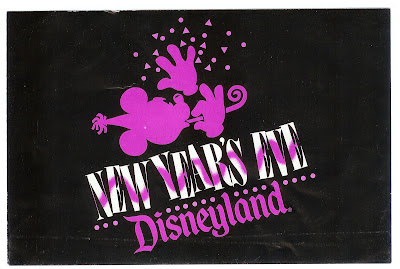 In 1987 Disneyland stayed open until 3:00am. This year at Disneyland they are open until 2:00am (1:00am for California Adventure). All those closing times seem late to me, I'll be at home and asleep already! 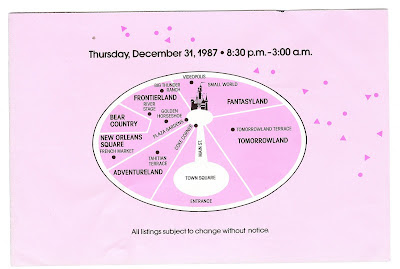 What a grand line up don't you think? Do they still have this many famous acts in one night? (Don't laugh, Expose' was famous for about 20 minutes, and don't laugh again, it's the first CD I ever bought!) I have no idea who "Krash" was, maybe they were a cover band like "Reunion" that plays there now. Ah the Tahitian Terrace is still open, I wonder if the "South Sea Paradise Revue" was any good? 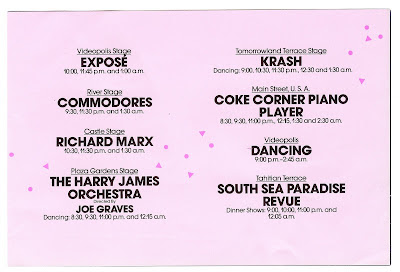 And just because this post needs some color and cheer, here is a picture I took Friday night of Dumbo in action. It's an amature attempt, but I think it sets the right mood for the holiday's. 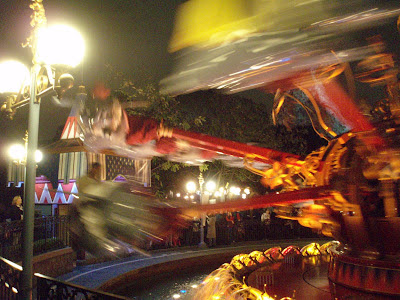 Speaking of Friday night (see Saturday's post) I hear from a highly reliable source that the Friday after Christmas and before New Years is record breaking in attendance, a few years back they had over 100,000 people between both parks, that's A LOT of people!

Everyone please have a safe and Happy New Year! See you on the other side of 2007!

Posted by Vintage Disneyland Tickets at 6:10 AM

I would like to wish you and yours a very Happy New Year. Looking forward to all the great 2008 posts and appreciating them all.

Thank you very much for sharing.
Through your blog, a lot of people including me of course have a chance to read and learn from.
I have read some of your post and I really enjoyed reading it.
And if you want to learn chinese,please visit at
http://www.chinesepal.cn/first/learn-chinese/index.htm
Thanks again and looking forward for more of your posting soon!