Welcome to Magazine Monday. Today’s magazine is once again not “vintage” but the Disneyland related article is so cool we’ll allow it. Filmfax (plus) is a magazine of “Unusual Film, Television & Pop Culture”. You can still purchase this cool “retro feel” sci-fi magazine here (link). Today’s issue from December 2005 features an amazing article on Disneyland’s Flying Saucers. 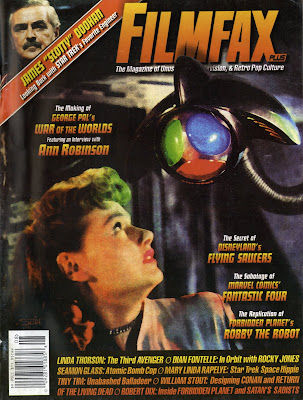 This seven page article is an exhausting and fascinating look at this neato attraction that was a hit in Tomorrowland from 1961 to 1966. After reading this all you need is the operating manual and you’ll be a Flying Saucer expert. 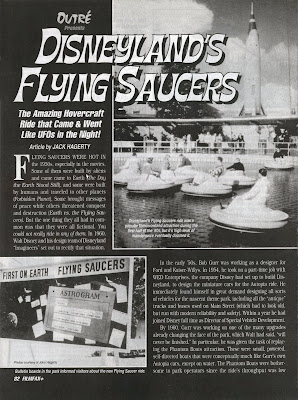 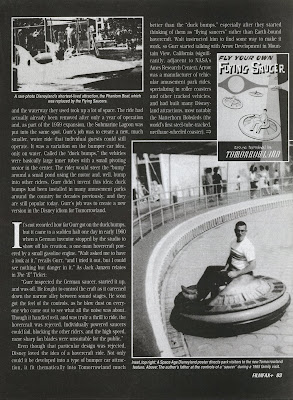 I can only image the sound of hundreds (thousands?) of Morgan Valves flapping at once! Bob Gurr got a US Patent for his “Amusement Ride Car” - with the right paint job that thing would still be in style today! 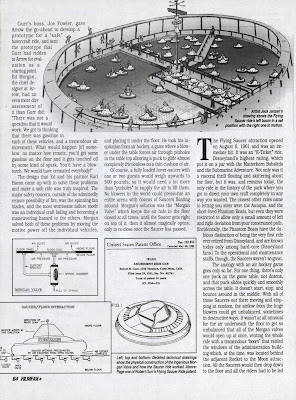 The shutdown and start up sequence sounds daunting; do you suppose computers would have made it better or worse? Let’s not forget the Rocket-Rods and their computers that were over sensitive, a modern computer might shut the old Flying Saucers down every ten minutes! 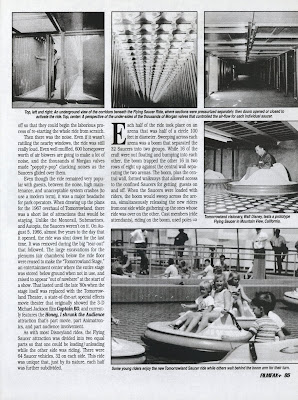 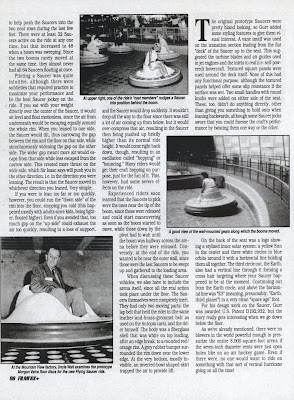 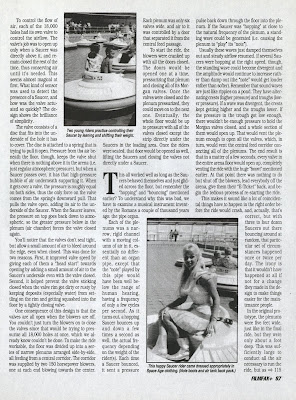 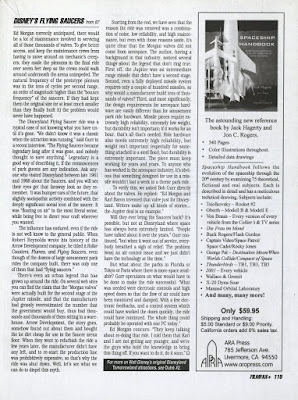 For some awesome color photos of the Flying Saucers in action, see Daveland’s excellent post from last week here (link). 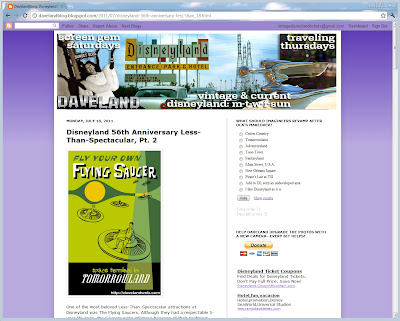 What self-respecting sci-fi magazine wouldn’t include some Robby the Robot photos? This magazine has a whole seven page article on Robby! 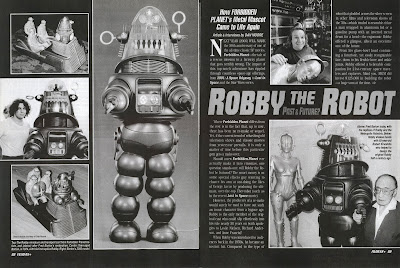 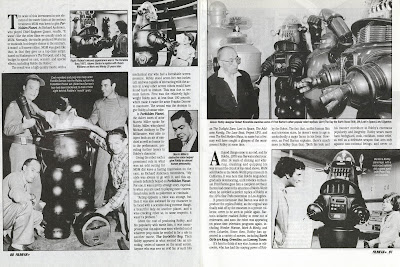 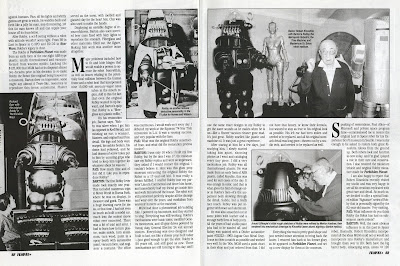 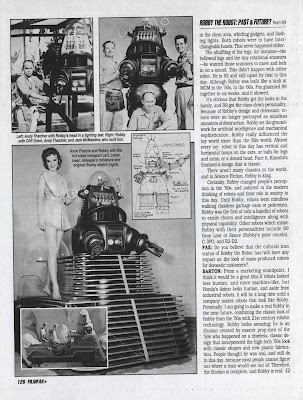 I gotta admit I love the retro feel of this magazine, yes the pages are pretty much like newspaper, but it sure takes me back the sci-fi magazines of the 70’s… Here's the back cover. 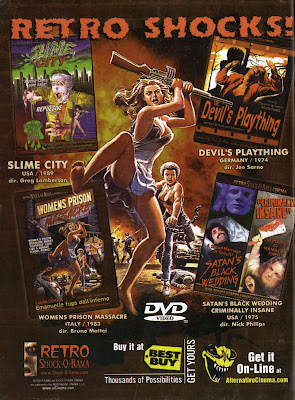 Man, that was some IN DEPTH article about the saucers! Very cool. I'll be curious to experience Luigi's Flying Tires, but my expectations are pretty low. For one thing the tires are huge compared to the lighter, quicker saucers.

I always love me some Robby the Robot too. I think of him as a cousin to the robot on Lost in Space.

This year, FILMFAX has changed to slick paper, so the ink doesn't get all over your fingers any more. Other than that, it still has its great "retro" style.

Great post. I remember War of the Worlds scared me senseless when I was a kid. Loved Sci Fi on the whole though!