Welcome to Bonus Sunday. We’ve got a nice “Tencennial Celebration” edition (with a neat Jack & Jill Motel stamp) of Vacationland for your reading pleasure today. This same Winter/Spring 1965 cover photo was later used on the Winter/Spring 1968 Vacationland (link) and it was also flipped horizontally in 1968 as it is here in 1965. 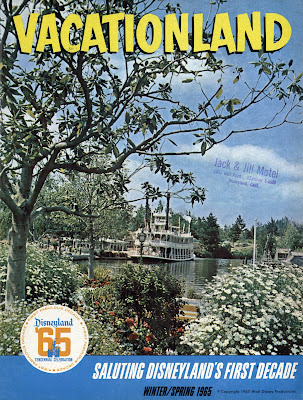 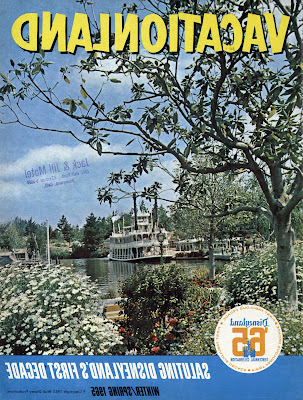 Download the entire issue here; there are a couple of really good articles in this one.


This five page article is exceptional even for a Vacationland; you’ll have to download the entire issue to read the rest. 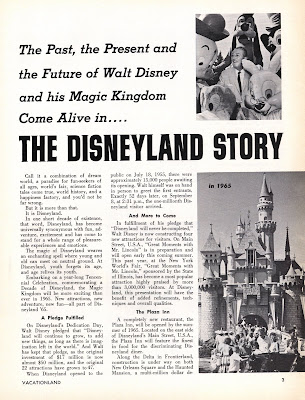 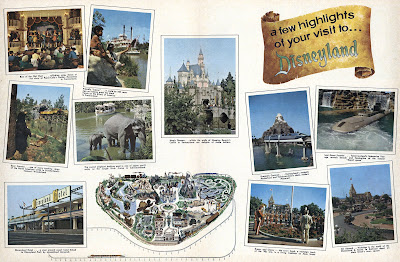 Here’s a close-up of the park map from the centerfold above. So many things wrong; a Huge Indian, The Plantation House (in 1965?), Dumbos’ apparently really do fly, the Skyway Chalet is massive, where’s the House of the Future?? Oh what the heck, I like this map so much I don’t care if it’s not so accurate. 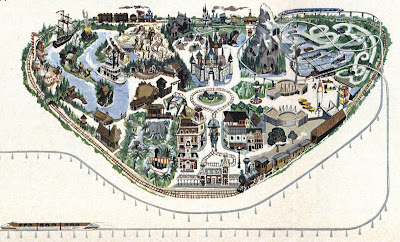 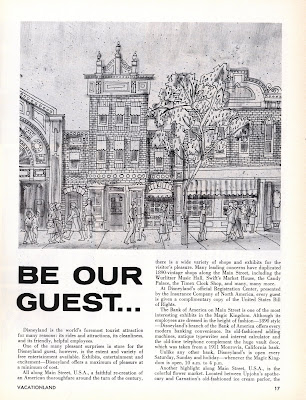 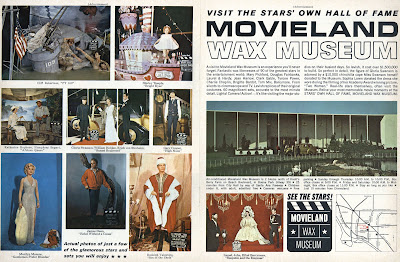 The Main Streeter tells us there's a new Haunted Mansion attraction going up in Frontierland – only four years to go!

This old Jack & Jill postcard could be from 1965, it came with this issue of Vacationland (Thanks again mystery donor – these issues are amazing).

According to the Internet (link) it seems the motel is still open for business, it’s now called the “Budget Inn”. Here’s a “Now” postcard I made from photos I found on the web.

The backside of the vintage postcard.

I always went easy on those miniature maps of the park. I had to do similar graphics for my architecture classes, and they take far longer to do than generally realized, especially if there isn't a preparatory sketch to work from.

The only real requirement is that they have eye appeal and are reasonably correct. The average user probably throws the booklet away without even being aware the map was ever printed.

If that map is supposed to be from 1965, why is the Moonliner sporting the TWA colors still? It changed to Douglas in 1962, right?

Yes, it's too easy to nitpick this one. It's far more interesting to look at the large model of Disneyland at the Walt Disney Family Museum and realize the park never looked like that at any time. Like this map, it has large figures popping out of show buildings and buildings which never existed anywhere but an artist's concept drawing. I spent a lot of time looking over the Nature's Wonderland portion and noting how things weren't quite right--not even close in some parts.