Welcome to Magazine Monday. Today we’re going all the way back to the beginning, well almost. From September 1955 it’s the Junior Scholastic Magazine. This magazine is still available here (link) – OK - show of hands for those students in the 70’s that ordered from Scholastic Books? I sure did! 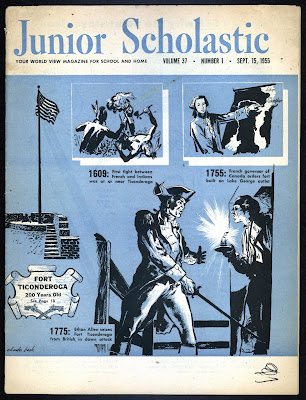 This 56 year old magazine has held up fairly well considering its basically printed on cheap newspaper. The Planters Peanut ad is fun and educational! 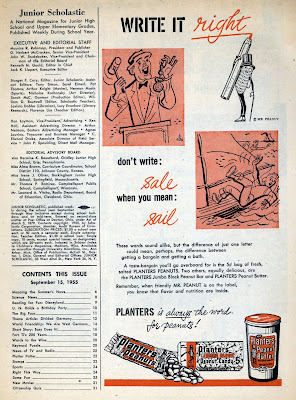 Don’t blink; The Disneyland article is only a one pager which was pretty typical since they didn’t even having any real photos yet. Notice the author was one the first visitors when the parked open to the public on July 18th. The Hub is called the “The Plaza”; I've seen that naming before – Jason would know... A ticket station for tickets to the Stage Coach - Cool. Nice plug for Storyland (Village), torn down in 1965 to build a Sears! 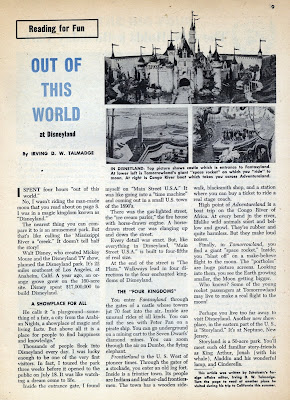 This whole man-made moon talk is just crazy. “By the 1970’s man may make his flight in outer space” that heresy! I suppose next you want me to believe that Ronald Reagan will be the president in the 1980’s and Jerry Lewis will be his Vice-President!

Check out Pat Boone, his follow-up to his first recording is in the “rock ‘n’ roll” field, “It’s not a dance tune”. 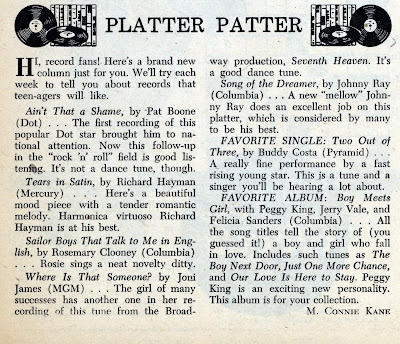 Hey – this is harder than it looks if you haven’t seen a classroom in a few decades. 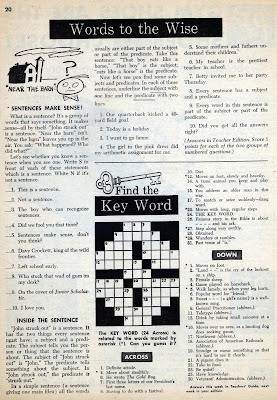 This “Junior” educational magazine has a few cool advertisement. There’s nothing like a Coke, so true. 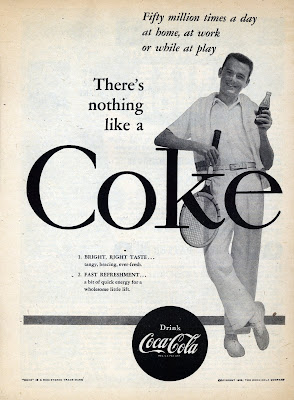 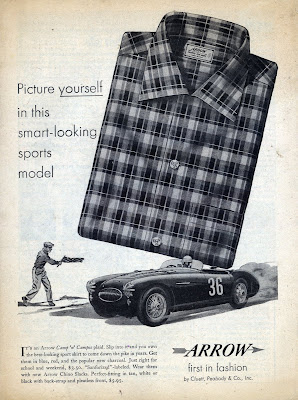 “Fill your fountain pen” Does anyone under 40 even know what that means? 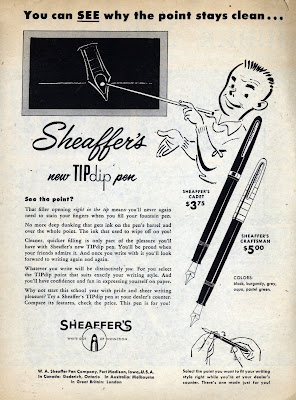 Does anyone under 20 know what one of these is? No you can't send text messages with it, well actually you could! 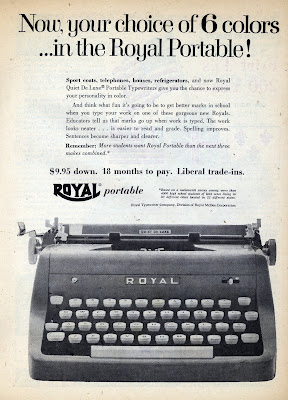 Plaza was often used in the 1950s (although only rarely with the definite article). In the first Disneyland TV show when describing Disneyland, Walt says, "The Plaza, or the Hub, is the heart of Disneyland."

Oh man, my favorite thing was getting the Scholastic order form and picking out however many books my mom would allow me to get! I remember getting Bram Stoker's "Dracula", and another book titled "Strangely Enough" that was full of ghost stories, mysterious vanishings, hidden treasures, etc. I still have that one!

That is awesome! I don't think I've ever seen a magazine from my birth year...September 1955 is also the month I made my first visit to Disneyland, thanks to my dad!

I'm with Major Pepperidge, my favorite part was ordering as many books as mom would let me. And I have many warm memories of usually receiving the most books in my class. Some things still haven't changed. This brings back so many memories. I still cannot recall the name of a book I ordered back in 1977 that involved a bakery, a dog,a boy and an evil wizard. I can remember all these details EXCEPT the book title.

Nice Post. I also was a big fan of Scholastic, some books are still on the shelf.

Get professional trading signals sent to your cell phone daily.

Start following our signals today & profit up to 270% per day.