From April 12th thru 16th 1982 it’s Catholic School Days at Disneyland. While this ticket appears to be the standard special event type "all you can ride "passport, it’s only good for admission to the park and unlimited use of all attractions for one “free play” hour, 10am to 11am after that you’re going to need lettered tickets? I was under the impression (mistaken possibly) that lettered tickets ceased to be sold at the main gate sometime during March 1982. If that’s the case then this “free play” ticket is really an all-day passport? 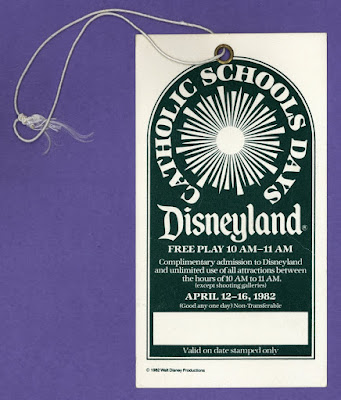 Did anyone else think of Kentucky Fried Movie? 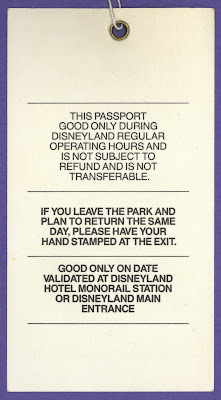 How about a beautiful Vacationland from the spring of 1982? “Gideon and Pinocchio depend upon Foulfellow at the helm to guide them safely beyond Monstro the whale to the wonders of Storybook Land at Disneyland”. Hey I see a glimpse of the Pirate Ship and Skull Rock! 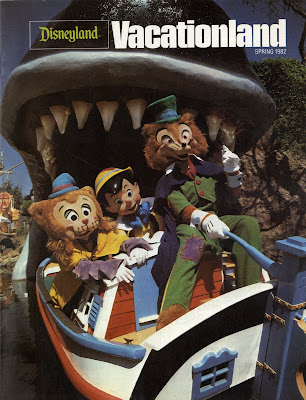 This is not helping me figure out when they stopped selling lettered tickets! “Instead of spending time buying tickets, visitors will have more time to experience every themed land in the Park”. OK but “Remember, your old A Thru E tickets are still valid”. Wikipedia states “By June 1982 coupons vanished entirely”. That must have been a confusing few months while they transitioned to passports only. 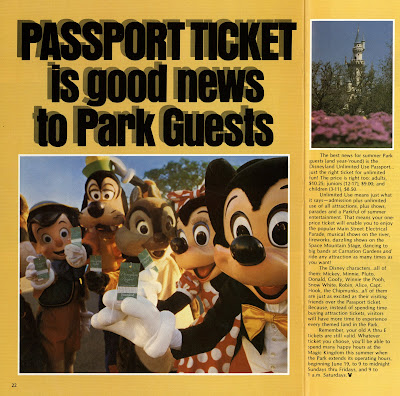 We saw the flyer for this event in a post back in late March (link). 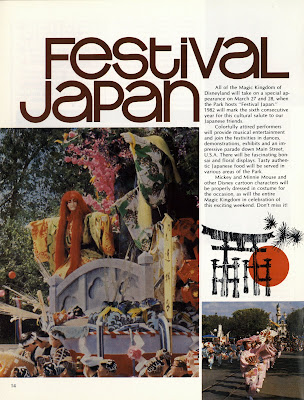 Joanne Crawford (no relation to “no wire hangers”) is Disneyland’s Ambassador for 1982. 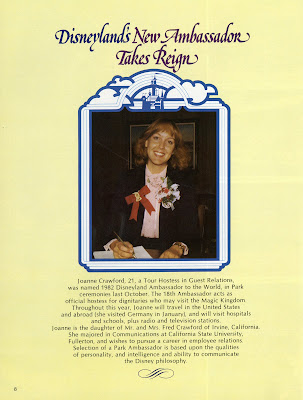 The back cover features the “Best of the West”. 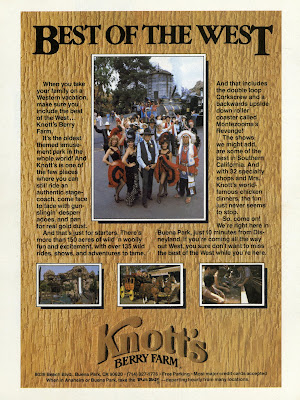 Come back on Bonus Sunday for the entire issue.
Posted by Vintage Disneyland Tickets at 12:01 AM

That "Catholic School Days at Disneyland" thing is weird. One free hour, really?

Maybe they already had these tickets printed up when they decided to go "ticket-less"?

Monstro's lower jaw and teeth hadn't been added yet in that Vacationland cover photo!

It's been almost 30 years since 1982 (part of the reason only a certain age bracket knows what an "E Ticket" is anyways) but as I recall, once they went to the one-price, you could use your lettered tickets in exchange for the park admission. They also might have offered the all-inclusive ticket as one option with ticket books as a traditional alternative for a time.

Was the entire Vacationland intended for a Bonus Sunday post? I didn't check to see if this has already been offered.

I remember catholic days at Disneyland v well but i am a bit older than you. I went in d late sixties. We did not go in a school bus but went by city buses rtd fromdowntown station an those buses were packed an they departed like one every 5 to 10 mins full of kids. I am doing a report on my city of d angels and when fini if u like i can email a copy. Those were d days. --robert