Parade fans everywhere have been waiting for this, it’s “The Very Merry Christmas Parade” at Disneyland December 17, 1977. I am guessing this was the first year of this parade; I have similar ticket from December 18, 1976 (you’ll see it tomorrow) but it was for “Fantasy on Parade”.

This is a complimentary ticket, good on all adventures and attractions (except shooting galleries). The poor ticket never got used, it still has its stub and the little string is ready to be tied around one of the buttons on your Qiana shirt. 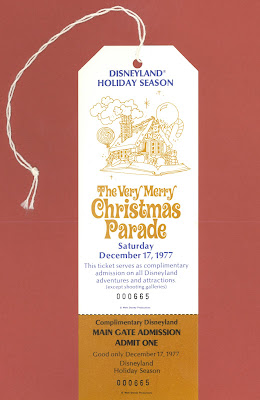 These next three scans were shamelessly borrowed from a super post on the blog “Disney on Parole”. The person that runs the Parole blog was a former cast member and was in “The Very Merry Christmas Parade” in 1977! Be sure to check out this great blog (link) there a post yesterday that has backstage photos of the 1977 parade! Great Stuff, thanks "Disney on Parole"! 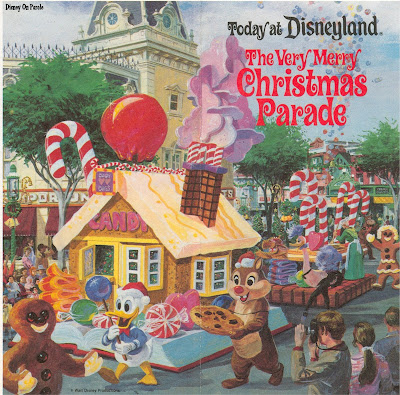 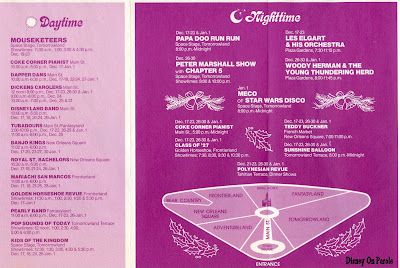 And if you want to see the Parade, here’s a fun YouTube video of “The Very Merry Christmas Parade” in 1988. (Link). 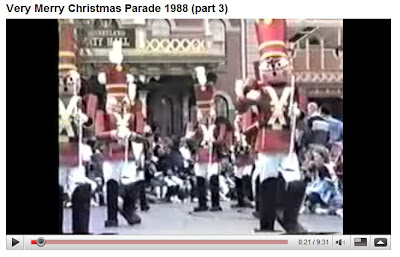 I wish I was alive when it was on TV. I wasn't even born yet.