Blog reader “xyz” requested some Disneyland Lines and as luck would have it I have a few (hundred) issues. Some of the Disneyland Lines are, well, not very exciting. This June 1, 1978 issue is pretty good, the “Family Edition’s” tend to be better.

Summer 1978 had some “delightful new plusses”. Dancing dominated the scene over at Tomorrowland’s Space Stage from 8pm to 12:45am Monday thru Saturday! 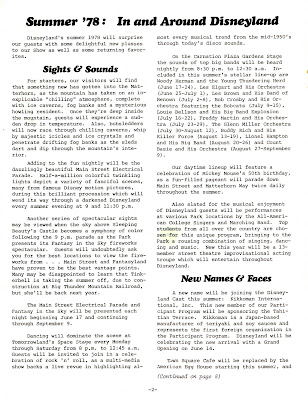 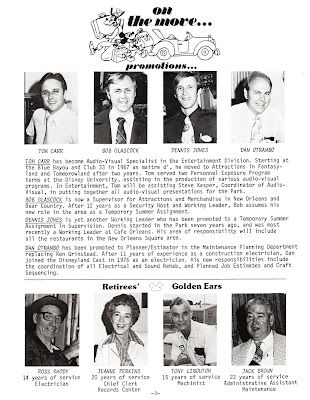 June does seem like it’s been the month for new things at Disneyland, would it have something to do with the start of summer? A message from the 1978 Disneyland Ambassador. 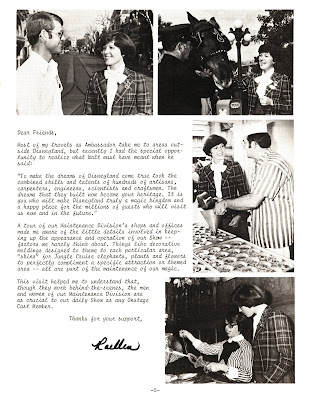 This would be some of the not very exciting part. 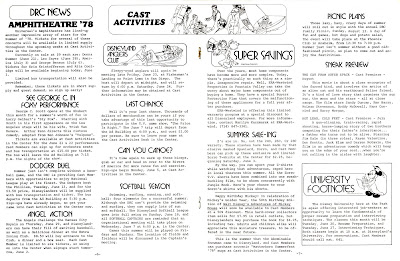 Hey the Disneyland Credit Union is having an auction for a repossessed 1976 Toyota Corona E-5 (in “flashy red”). I wonder if some cast members knew who’s car that “was”. 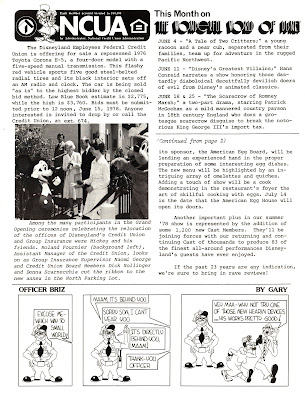 The “Main Street Maniacs” get a nice detailed profile. 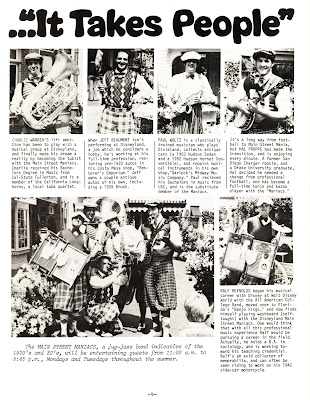 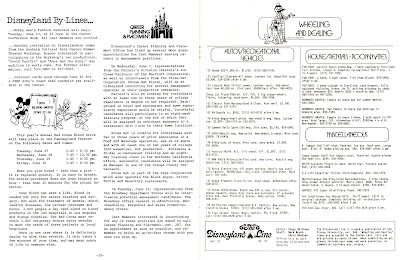 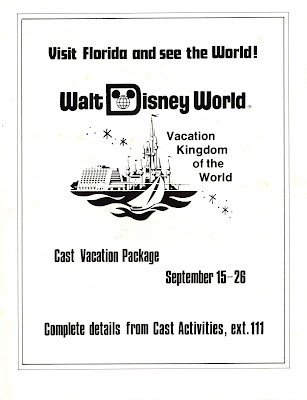 The late 1970s Disneyland Lines are generally very good. Here is some additional information on Jack Brown for you:

I am waiting for the "Officer Briz" movie next summer, a bid-budget action adventure (in 3-D) featuring aliens, dinosaurs, battling robots, and a talking shoe.

This is really very very cool of you :) Thanks a lot :)

It is not that I am really focused on the Lines, it is that I find those publications that were not targeted to the audiences ... inspiring :) Disney always used to be a company that was very forward thinking and exploring new ideas. So I am always happy when I get to see or to read something that gives more insight into this aspect than material that was »merely« targeted at the general public :)

Sorry for any misusage of the english language – it is not my first one ... ;)

Get professional trading signals delivered to your mobile phone daily.