Once again I can’t say enough about how wonderful the Knott’s Preserved event was on Sunday. I’m just getting into the book and so far it’s just as splendid as the event. There was so much information presented on Sunday that it was a bit over whelming, however, now the book is even more inviting, plus I can re-read each page and my “Dick & Jane” reading level. 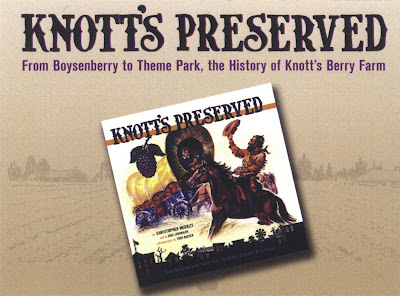 The camera stayed in the car, I left the image taking to better qualified hands, he sure took a lot of photos, and I bet we’ll see them soon. So today’s post will be the paper stuff from the event, if you were there, you’ve seen it, but be sure to scroll to the bottom there's a couple of new scans. Just like Ghost Town these paper items have a well worn look to them, in this case it's a result of cramming everything in my back pocket! 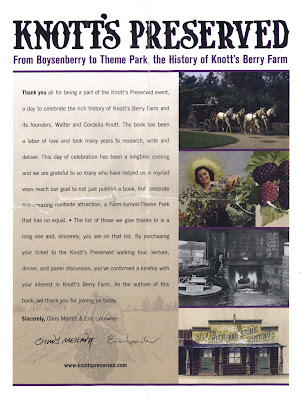 I did everything but the Grand Avenue Tour. I was booked for the 12:00 show, but I blew it off to go on Ghost Rider with Major Pepperidge, it was a blast! The 10am Book signing was in one of the older dining rooms and went very smoothly, and I got a little bonus autograph too! Chris Merritt’s Multi-Media presentation was very entertaining and informative – Chris received a much deserved roaring standing ovation! The Chicken Dinner was excellent as well, all you could eat too!

The panel discussion was amazing, so much information, boy I hope someone video taped this event. Everyone was charming and funny. Dean Davisson (public relations at Knott’s 1958-76) is an older gentleman but very lucid and conveyed some amazing personal stories about Walter Knott that I had assumed had been lost to time. I left Walter’s farm feeling I knew a lot more about he man than when I walked in that morning. 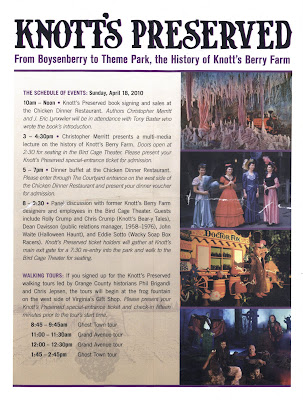 $55 was the price for the event, which included entry to the farm and the chicken dinner buffet, plus the presentations, this was one heck of a deal! As one of my new blog reader friends said “the nerdity-value-to-ticket-cost-ratio was off the charts” amen to that!

This postcard was given to me by Werner Weiss who I met during the dinner buffet, a very nice man who has a web site where I’ve visited every single page, more than once, I know you've done it too!… 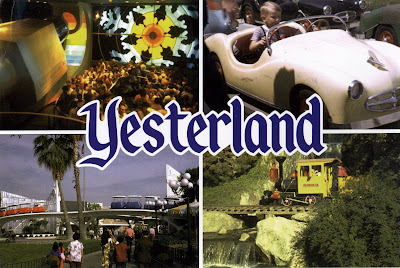 The Ghost Town Tour was the perfect mid-day event. Presented by Phil Brigandi and with additional comments from Chris Jepsen of O.C. Historical Roundup (nice meeting you Chris!). These guys know their Knott’s! Wow, I learned a lot, again so much to absorb but at the same time the history of Knott’s and specifically Walter's Ghost Town was all starting to make sense to me now. 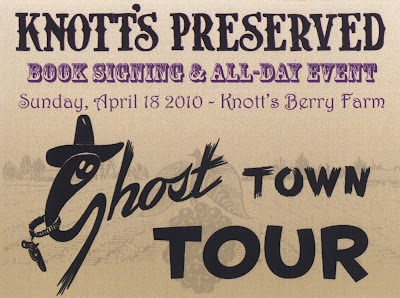 Fortunately we got these neato guide flyers to go with the tour. 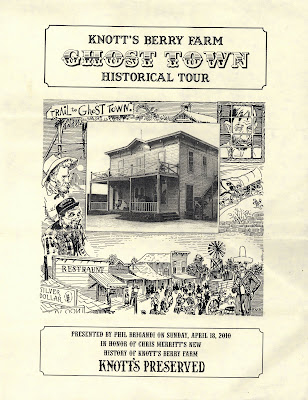 There’s a ton of information on these center pages, click here (link) for a larger copy. 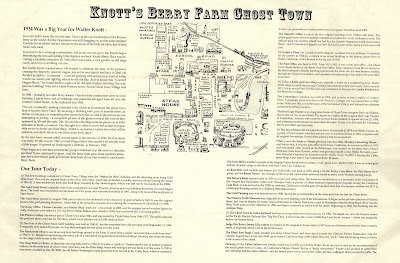 Since I didn’t take the Grand Avenue tour, does anyone know if there was an info sheet for that tour as well? 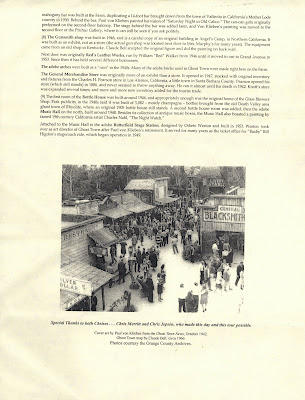 From Ghost Town News (that I still need to post, oops), most of these things are still at the farm! It was announced at one of the events that the “CATAWAMPUS” would be returning to the farm. We actually found a “catawampus” in Ghost Town, but it was small and kind of silly, I think they’re actually bringing this one back or one just like it. 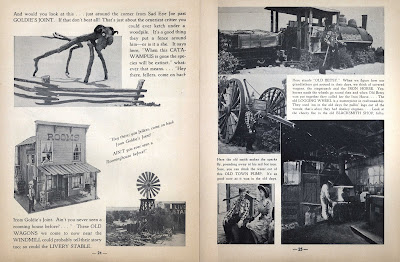 At the very end of the panel discussion they opened it up for questions and answers. I had a question but of course I was to chicken to ask it. My question was, in the photo below, I’ve heard a persistent rumor that “Grandma” is indeed Walter Knott in a dress, is that true? It does sort of look like him, and from what I learned on Sunday, I bet if someone asked him he would have done it no questions asked, except, “where do you want me to stand”? 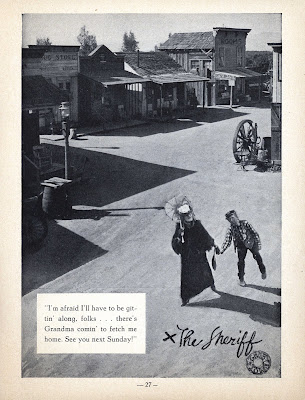 No souvenir paper from the Grand Avenue tour.

Great post...and yes, it was a great day. It made me want to learn even more about the Farm. I guess I need to sit down and start reading Chris' book. I did take a look at all the photos and artwork. I love the artwork for the river boat ride that was started over at the Lagoon and then never completed!

Dude! I didn't know you were giving up your tour to ride "Ghost Rider"... you should have said something. I would have chosen the tour over that bone-rattling coaster!!

I don't think that is Walter Knott in the dress, personally... the jaw-line feels a bit off. I could be wrong though! I DO think that it is a man in drag however.

Great meeting you too! (And all the bloggers I've been corresponding with for so long!) Glad you enjoyed the tour. We had fun doing them.

Unfortunately, I must report that "Granny" is *not* Walter Knott in a dress.

Thanks for all this great info on Knotts. Wish I could have gone too.

Best regards to all.

Thanks for the great report (and the shout-out!)... such a wonderful event. I've posted all my photos here:

Excellent report! Yes, it was a fantastic day for us theme-park nerds!

Excellent summary of the day. I had a grand time and thought that the park and the authors did a bang up job. Yes, this was not your typical theme park crowd. Geek heaven is the term that seemed to come to mind.

Speaking of the great value of the ticket - it was even better when you consider that you could apply the price toward a season pass! Wonder how many took advantage of that added benefit?

Sorry I missed you, Tim. There were a few of you that we failed to speak with. The day just went by so fast!

Great to meet you, Tim! The event was SO good, and I enjoyed talking to everyone SO much that I've decided to restart my blog in June. I'll keep you posted.

Thanks for posting the tour guide. I got shut out of both tours but happened to be in the General Store when the afternoon ghost town tour came by and I joined in as a stow away. The event was fantastic, it would be great if it became an annual event. I unfortunately didn't act on the annual pass upgrade. That would have been a great deal, get into the park for the rest of the year for another 10 bucks!

Thanks for your coverage of the Knott's event. Wish I could have enjoyed it with all of you. I was there in spirit though. Also, thanks to all the great DL and KBF bloggers who raise my spirits every day.

I just wish we all had nametags on or something. There were so many people there that I didn't know were the very same people that I know and love online!! It could have been an even bigger bloggy lovefest! :-D

Hi Tim! Check your email - I just sent you some of the unused lanyard art from the day - a Grand Ave. one & a General Admission - both unused for various reasons...