It's a Small World Souvenir Saturday

Now that the controversy over the new additions to It’s a Small World have calmed down, lets take an “official” look at the changes. I guess they gave these out the first few days it opened? Funny, I was there a week after it opened and got nothing but a long line! 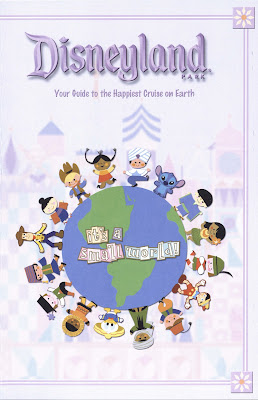 The “additions” look more dramatic on this map than they really are. Oh they are there and a couple of them do stick out a little (Woody & Jessie!), but when weighed against the amazing upgrade to the lighting and audio systems, plus the overall grand refurbishment, it's a win for Disneyland fans. 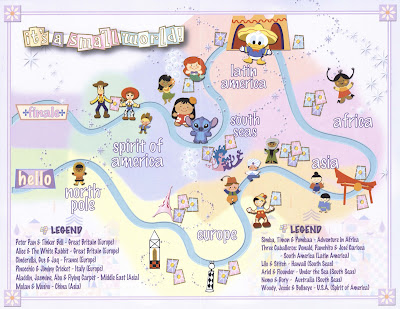 The back has this Radio Disney ad.  I guess Small World has no sponsor, so why not self promote? 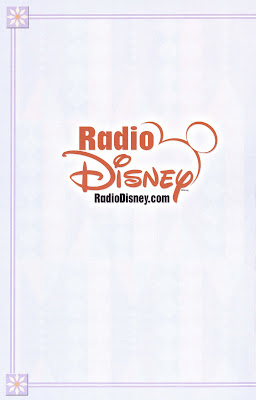 A little look ahead; Tomorrow – Bonus Sunday, Monday – Magazine Monday, and starting Tuesday, its Grad Nite Madness Week(s) – 20 years worth of Grad Nites scattered over about 10 posts, some old stuff from last year posts and plenty of new stuff! (Cue the graduation music here)
Posted by Vintage Disneyland Tickets at 12:03 AM

Hey...that map is pretty cool. I didn't know they gave those out. Would it have killed them to hand these out for maybe the first few months?

I didn't mind the character additions that were made to the attraction, but I think the "Spirit of America" room looks cheap and horrible.

Of all the changes made after Paul Pressler went back to mall management, the change made to It's a Small World is the one I respect the least.

I wasn't at all in favor of the changes to It's a Small World, but from everything I've read, they don't seem be all that intrusive, and the refurbishments would have to be a big plus. I'm looking forward to seeing it one of these days. I have to give kudos to Disney for addressing the changes head on and printing up this little guide.

Nice item, I guess I'm going to have to go to ebay for one of these!