Today we have something a little different for Bonus Sunday. With so much news on the “down” economy, I thought it would be fun to look at something on the “up” side. From 1975 it’s Walt Disney Productions Annual Report “Decades of Progress”.

I left out some of the report as its just dry accounting statistics like the breakdown of $520 million in revenue. The first sections are filled with great color photos and concept art as shown below. If you’d like high-resolution views of the pages shown below you can download the whole set here: 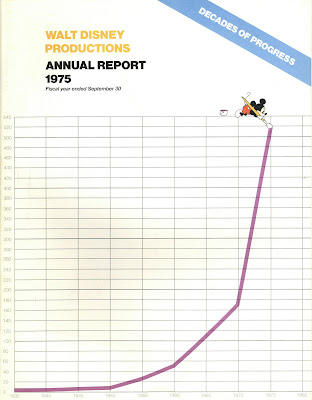 A report from E. Cardon Walker has a major focus on Florida's EPCOT, the Courtyard of Nations and the International Village. There is some amazing concept are on the next few pages. 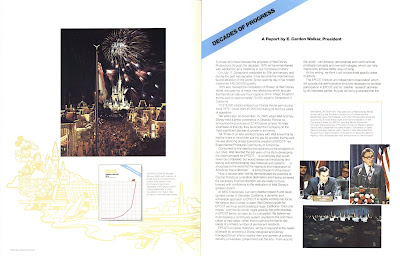 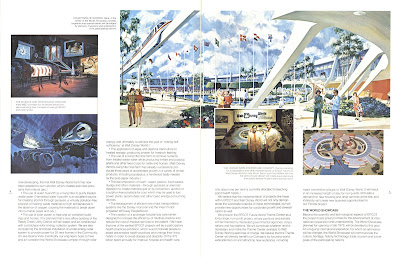 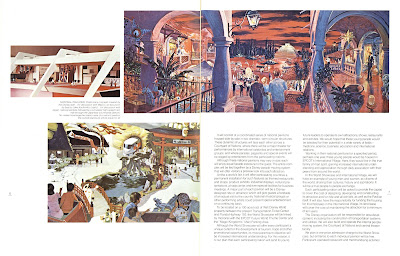 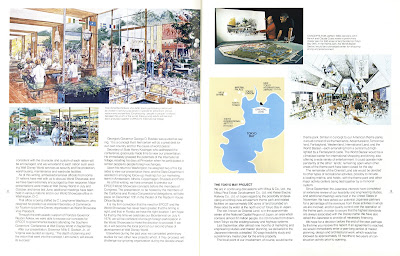 I knew about Mineral King and the Country Bear association, but I’ve never heard of the “Independence Lake Project”, did this project suffer the same fate as Mineral King (as Card Walker states: “The trail and subsequent appeal could delay a final decision on the Mineral King project perhaps another three years). 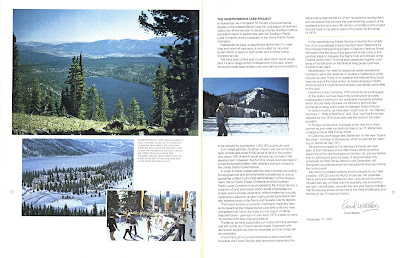 The Disneyland year in review page. 53 million dollars in ticket and ride sales, dang! Exciting stuff with the new Space Mountain. And who can forget the fun of the big heads parade! 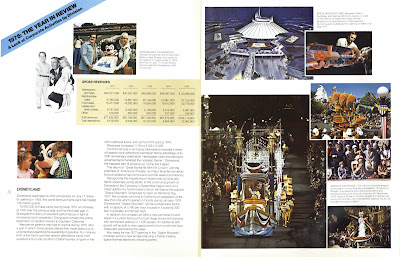 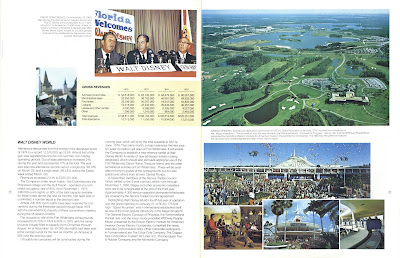 Photos of the top executives that made WDP generate all that cash! WDP paid off all of its prior year’s debt in 1975 and all other indicators were looking up, up, up. If only we can get there again!  Roy looks cool doesn’t he? 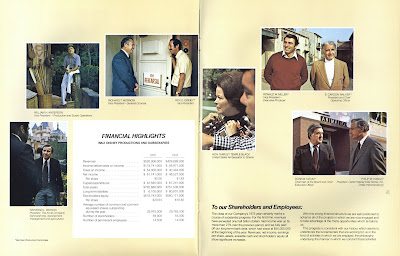 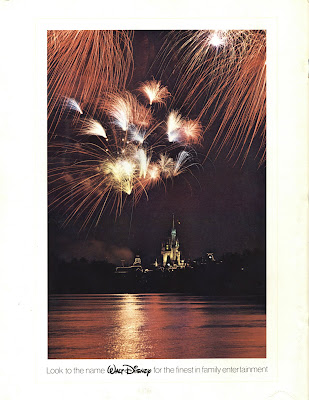 Come back tomorrow for Magazine Monday, it’s an odd one.
Posted by Vintage Disneyland Tickets at 12:01 AM

Very cool! I had never heard of the Independence Lake project either. Jason, let's hear it!

Cool also that this is such an early mention of the Tokyo park. Disneyland itself doesn't get much mention, but I definitely remember a time as a kid when WDW was the place that was mentioned so often.

I like the picture of Ron Miller and Card Walker on the old "Zorro" street!

Basically, Disney began looking elsewhere when Mineral King became tied up in litigation in 1969. Disney claimed that it was considering developing one or the other--or both--but the company was clearly looking for an MK alternative. Independence Lake is just a little north of Donner Pass, an area long familiar to Walt (from his investment in the Sugar Bowl Ski Resort to the 1960 Winter Olympics in nearby Squaw Valley) and presumably to other Disney executives (who I've had described as big ski fans). The land ownership situation was a bit complicated, and the process for the Environmental Impact Report didn't prove any easier than it did at Mineral King. I have a March 8, 1978 statement by Wing Chao, Independence Lake Project Manager at a meeting of the Sierra County Planning Commission that I can post on my blog. I know it's also mentioned in Lines of the 1970s from time to time. Bob Gurr and I were going to visit, but the road there is slow and dirt, so we didn't have the time.