Here’s an interesting Disneyland Ticket. From September 15, 1992 (18 years ago today if you’re like me and count those kind of things) this Disneyland ticket was for a Fantasmic Evening Honoring Bill Snyder. Fantasmic being just a few months old I can see why they emphasized the new show, but who is Bill Snyder?

Was it Bill Snyder the head football coach for Kansas State University? Probably not. Maybe Bill Snyder the president of the Anaheim/Orange County Hotel & Lodging Assn ? Not likely… My Guess would be William E. Snyder, cinematographer for 39 episodes of Walt Disney’s Wonderful World of Color. However he died in 1984 so I’m not sure if this event was for him either??

From January 24, 1992 here’s the cover to the Disneyland Line featuring Fantasmic. I bet the concept art looked better in color, same with the new signage. 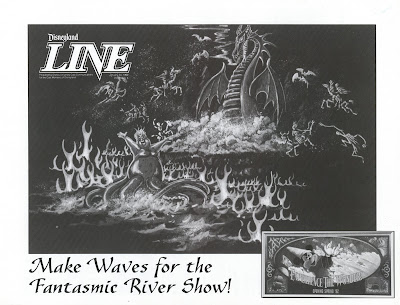 Nice two page article on Fantasmic, they didn’t quite make that April deadline; the official open date was May 13th. 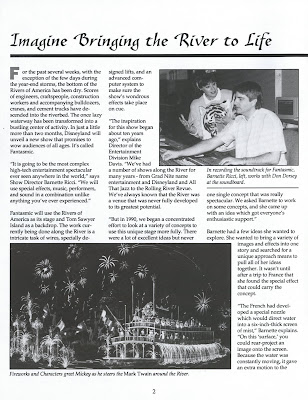 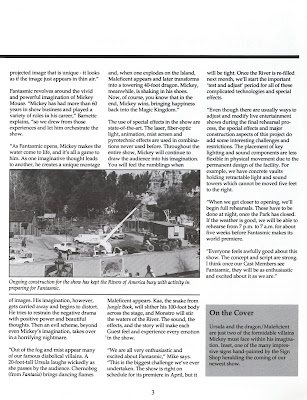 The new ETR is here! That’s right, Disneyland is implementing a the Employee Time Recording system. Revolutionizing the payroll process by eliminating old-fashioned paper timecards. Um, I worked for a manufacturing company in 1982 and we already had these in use. Is it just me or are those “ETR Clocking Procedures” way over done? How about; Press “In”, Swipe your card, it’ll beep – Press “Out”, Swipe your card, it’ll beep. 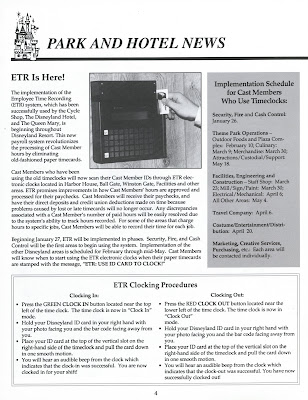 Just give your Disneyland ID to your friend who can "clock in" for you! Of course, then you won't have it on you to get past the guard at the gate.

The party was honoring Bill Snyder from the Anaheim Visitors and Convention Bureau. I beleive he was retiring.

There is shocking news in the sports betting industry.

It has been said that every bettor needs to see this,

Watch this or stop placing bets on sports...