I hope you like Disney’s “The Black Hole” (I know “Paul!” does) because today’s post is all about the “interesting” movie. My own opinion is; the visuals and space sequences are quite well done, the story had potential, the acting is a bit under whelming, the dialog is dreadful and the ending is confusing and lame, hey I just described Armageddon! 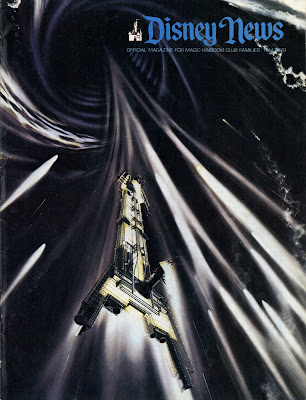 Here’s a nice four page article dedicated to the hope (hype) that the movie would be a huge hit. Peter Ellenshaw who worked on 20,000 leagues was the production designer for The Black Hole, which explains whey parts of the move look really cool. 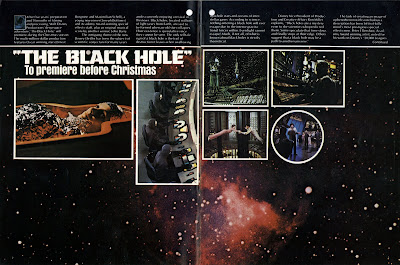 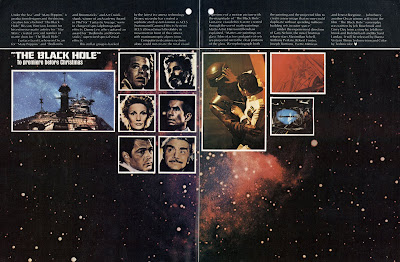 “A journey that begins where everything ends". 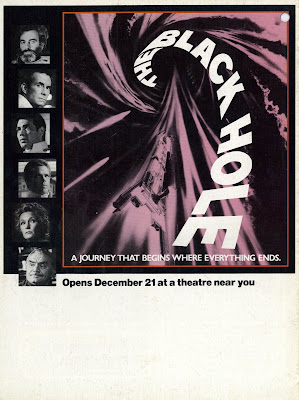 It’s time for some audio-visual fun. Anyone more than a couple of decades old probably remembers the read along book and record sets. Turn the page when you hear the chime. I grew up on these in elementary school. I’ve scanned all the pages and recorded each side of the record so you can; Hear the Record, See the pictures and Read the book. My video is a bit dark, but the sound should come out nice and clear. 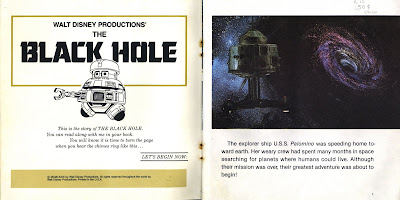 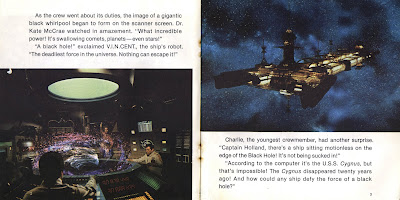 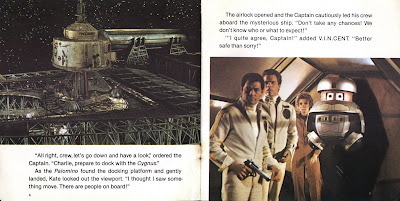 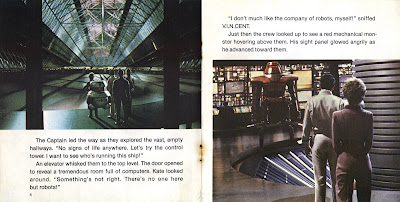 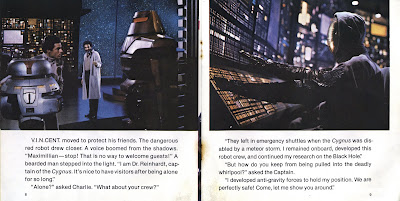 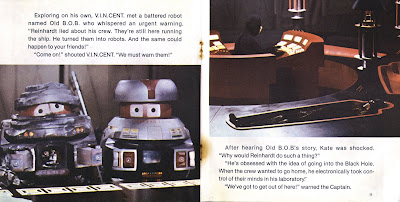 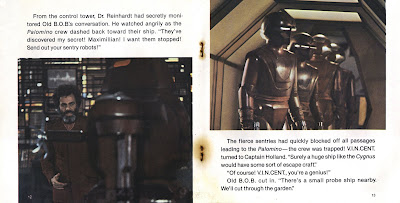 Side two – the joys of flipping over a vinyl record. 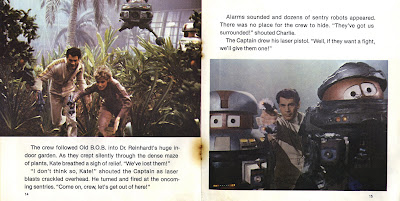 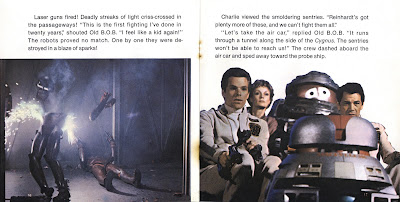 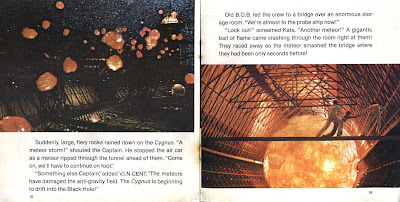 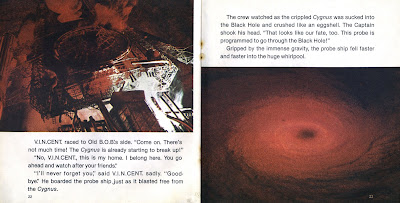 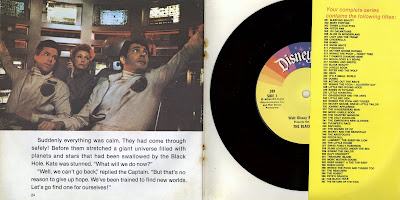 I hope you enjoyed that little show & tell. It’s actually a great movie when you condense it down to 9 minutes! 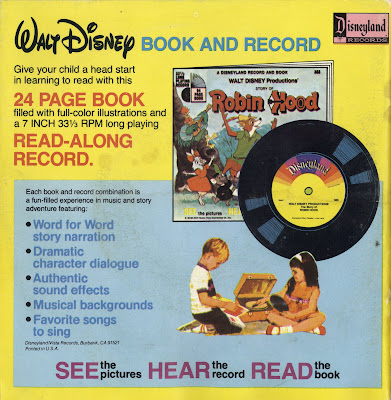 I remember back in 1980 my family rented the VHS of this film. As a 5-year old obsessed with Star Wars, this was a natural fit. It was this film, along with Tron in 1982, and WarGames in 1983, that started my love for computers and technology.

May the Great Bird of the Galaxy bless your planet for posting this!

Whoa, awesome post! You're right, when it's condensed like that, it looks pretty good! I caught part of TBH on TV a while ago, and some of the sets were so incredibly cheap looking it was hilarious.

I recall that the effect for the black hole (with the swirl of stars moving around it) was pretty cool, and early use of CGI I believe.

King of the Stinkers. This and Black Cauldron. The low point, visually, are the robots.

In fairness, theatrical robots are hard to do: in a few years, it becomes obvious just what inspired them (Robby the Robot is a Jukebox with legs: Lost in Space is an early 60's Riviera, Max here is a psycho Trans Am).

Where the art direction touches bottom are the VINCENT eyes. Muppets have more believable eyes. VINCENT's are dead schematic dots that can only show where the robot is looking. No acting is possible, no emotional presence.

How so many talented people saw this and did nothing is a monument to a messed up corporate culture.

Never saw the film, but this is an awesome post. Just unbelievable.

Even if the movie was awful, I think I have to watch now.

...scurries off to add TBH to netflix queue.

Oh yeah, @Nametags. Major props for the Great Bird quote. May he rest in peace.

Favorite memory: I was sitting behind Imagineer George McGinnis in an adult class at church one Sunday back in the late 70s. He was sketching page after page of awesome robots! (No VINCENT eyes in those sketches, I assure you.) He didn't tell me why he was drawing them, but I found the answer when I later saw "The Black Hole."

I love this! Instantly transported back to my 9-year old self...

Oh my gosh I listened to this record so many times. Hitting play now