Your Trip to Disneyland on Records - Mattel Musical Map 1955/56

It’s time for an audio-visual Disneyland souvenir. This one goes way back to 1955 (or maybe 1956), "Your Trip to Disneyland on Records” is a neat souvenir that took advantage of a newly developed process to manufacture playable records on micro-plastic pressed onto cardboard. The record portions of this Mattel souvenir were actually made by Rainbo Records which still in business today (link)!

The first two images are from a super website “THE INTERNET MUSEUM OF FLEXI / CARDBOARD / ODDITY RECORDS” (link) which is worth a visit just for its oddness alone. I’ve got the Panorama map and the records, but I’m missing the cover and a couple more pieces. 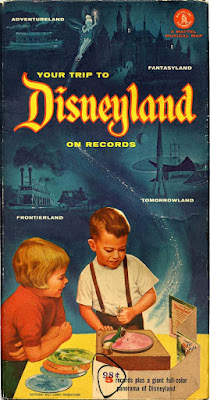 Several sources claim this souvenir is from 1956, if that’s the case, they used an outdated and unrealistic map.

The Panorama Map is huge; my large format scanner could only capture 1/3 at a time. The “Island” is sporting the Landmarks theme, I wonder if that would have worked out? Want a higher resolution scan – Link 29mb 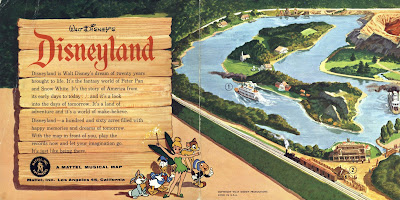 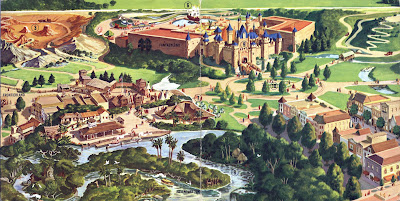 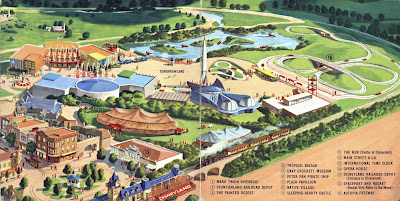 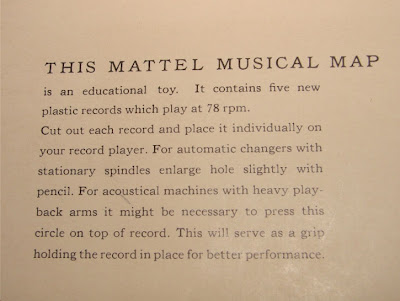 Each of the records has some nice artwork, oddly the “Introduction” record has some of the least original artwork of the bunch. 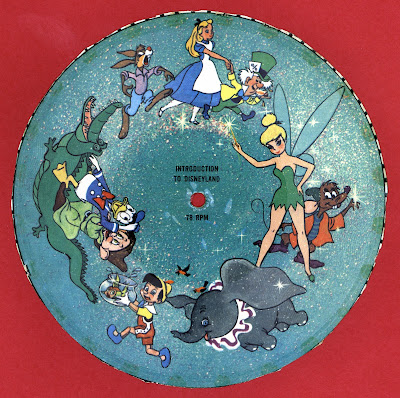 Time has not been kind to the “micro-plastic” these little records were made from, not to mention my copies appear to have been played at least a few times. I did my best to capture what’s left, but honestly it’s a pretty rough listen. I had to weigh down the tone arm and basically hold it by hand to get it to play. You can hear a clearer copy of the intro from the Museum of Flexi–Records here: (Real Audio link).

The Frontierland record was unplayable; it must have been juniors favorite. 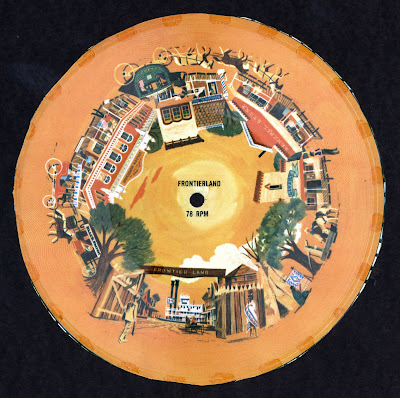 Tomorrowland has the coolest artwork of the five. 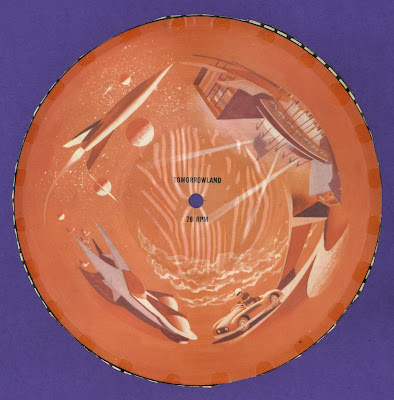 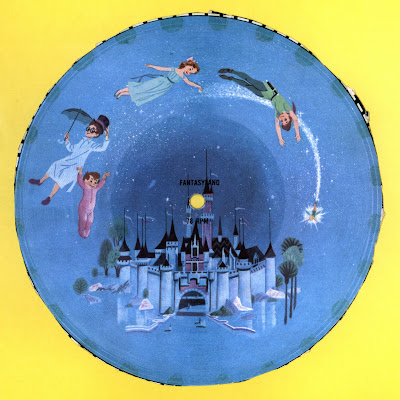 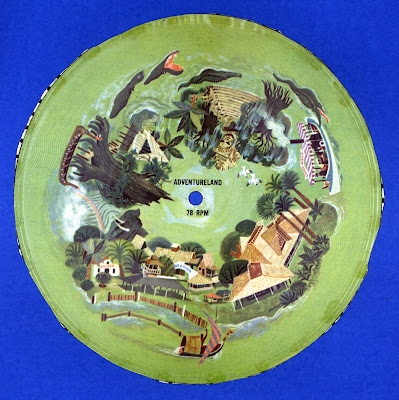 Only the last portion of the Adventureland record was playable.

Again from the Internet Museum of Flexi-Records, these we the cutouts for your record player. 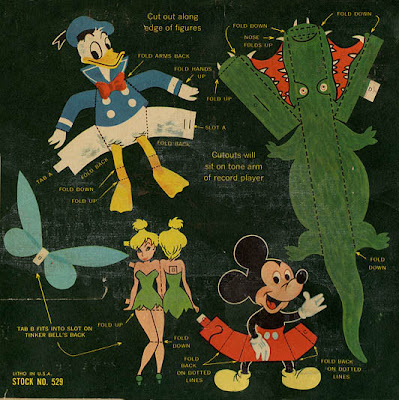 Other than posters, this was the first vintage Disneyland item I ever bought for my collection. Super-cool item.

WOW!!! I am totally blown away by this as I had no idea this ever existed. SUPER UBER WOW!!!

This has always been one of my favorite Disneyland items! The first one I ever saw was framed in a shop and cost over $200! This was pre-ebay. I now have two copies, and they are actually slightly (only slightly) different.

I love that crazy map!

It looks like one of those extra streets around Main St. might be the "International Street" that was billed as a future attraction, but then never built. I like the covered bridge leading to Snow Hill!

Yes, this was a great early Disneyland item. I owned two of them when I was 12 or 13 years old. One was used...the records being cut out and played, and the cut out figures being cut out and assembled. The other unused one was donated to the Walt Disney Family Museum in San Fancisco in 2007.

Here's a set of recordings of all five records, restored with no pops or clicks..

I have the full set records are still in plastic and cardboard figures have never been punched out still in perfect condition.

I also have this Disney set,i would love to sell any ideas where i would go to sell on line