Welcome to Magazine Monday. Today’s post is one of those magazine articles that has lost the rest of its magazine! And to make matters worse, its only one page. At least it’s a big page as this must have been a Life size magazine. From July 30, 1955 its The Sphere Magazine. “The Sphere was a British magazine published by London Illustrated Newspapers" (Wiki-link).

Do you suppose £6,000,000 was $17 million dollars in 1955? If not, then they are off on their estimate just like everyone else was. Here’s a high resolution scan (20mb link) for you to gaze at while enjoying your tea and crumpets. 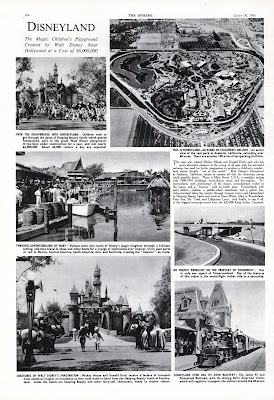 Did you notice the odd “Creatures of Walt Disney’s imagination” in the lower right photo in the above article? They of course were borrowed from the Ice Capades. Here’s the cover to the 1957 Ice Capades program. 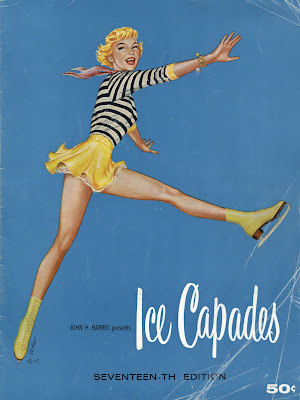 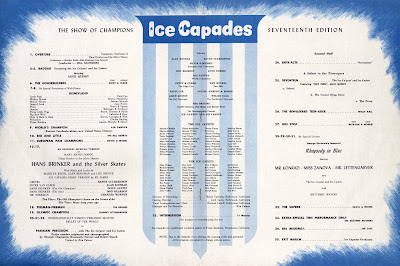 Who is “Little Patti” and why is she wearing Dorothy Gale’s dress??? 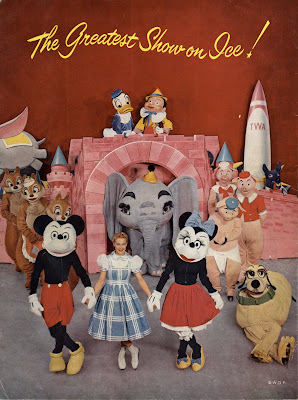 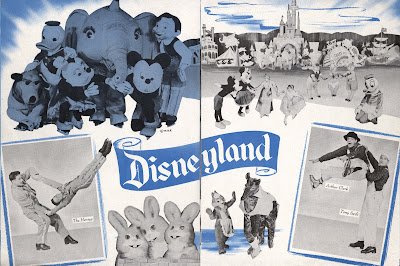 Love that "greatest show on ice" photo! Nowadays there should be a "South Park on Ice" show.

Is Australia really one of the countries represented on the Jungle Cruise??

Major: No, none of the rivers usually named in the JC are in Australia. Mostly Africa and South East Asia. They probably threw "Australia" in to help justify the line.

As for those early Disney on Ice..EEEEK! Looks like they were designed by the Soviet Workers' Commissariat for Puppetry and Surplus Cloth Disposal.

The Donald Duck and Chip & Dale costumes were okay,... but the others...??? What were they thinking?

As for Austrialia's representation on the Jungle Cruise,... I think you can hear a kukaburra bird in the "jungle sounds" audio they play.

Laugh, kukaburra. Gay your life must be.

Why is one of the three pigs wearing a diaper? And I always thought those costumes were Chip & Dale, but I've never seen three of them together at the same time. Maybe that was that the third chipmunk that they pushed out of the act early on.....