From December 25 thru 30, 1981 there’s lots of “Good News” at Disneyland. Check out the newspaper Mickey is holding, one of the “fake” articles is titled “Kingdom Announces Unlimited Fun”. I believe that was actually true, “unlimited passports" were just months away, bye-bye lettered tickets…. 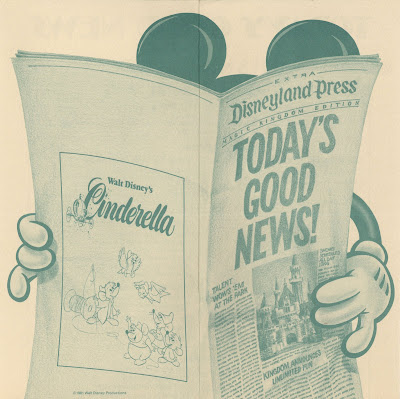 Inside you’ll notice that “Fantasy on Parade” “comes to life again”, this after a four year replacement by the “Very Merry Christmas Parade”. Eddie “Carmine” Mekka (or better know as “The Big Ragu” on Lavern & Shirley). What do you want to bet he sung “Rags to Riches”? Fine trumpet sounds from Les Elgart and plenty of other grand entertainers. 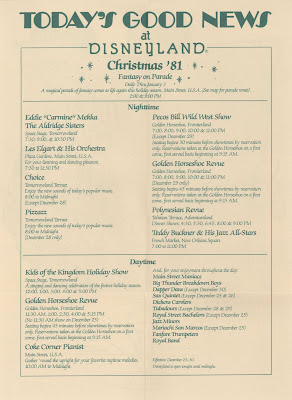 The parade route. Did people start lining up 7 hours ahead of the parade back then?

And because this post needs some color and as a Holiday shout-out to our Florida cousin, here’s the super cover to “Ears and Eyes” the WDW version of the Disneyland Line. What a fun cover! Come back tomorrow (scroll down, its in this post...) for the complete issue, its, well, odd. 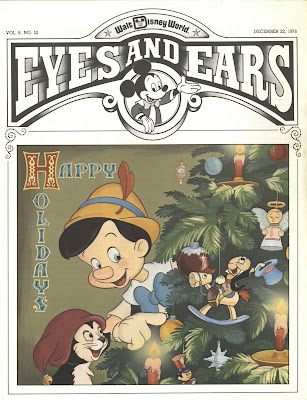 
From yesterday’s post, here is the complete scan of Walt Disney Worlds “Eyes and Ears” from December 22, 1978.

Starting in January the blog will have a new weekly feature called “Magazine Monday” with Disneyland (or Disneyworld) related Vintage magazine posts. (Click HERE to see all 89 Magazine posts!) We've already previewed a page from a 1956 McCall’s Magazine (link) check back on the first Monday in January for the full McCall’s post. Oh, and yes I do accept magazine scan donations, thanks Wishbook for the great vintage ad, I'll be posting it soon!

Here’s another “preview” this one is Christmas related and I couldn't bear to hold it for an entire year, so here you go. From December 1957 it Walt Disney’s Magazine (formerly titled Walt Disney’s Mickey Mouse Club Magazine). Tommy Kirk and Old Yeller grace the cover. I cried liked baby when I first saw the movie, heck I still do! 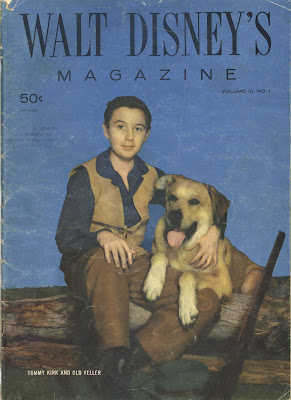 How did they build Story Book Land? Read and find out…. 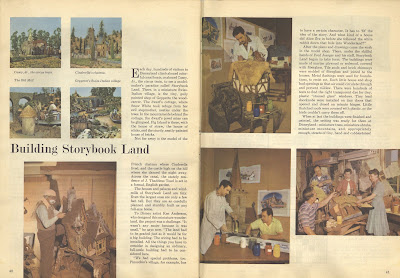 Now a couple of fun Christmas stories; corny- yes, from another time and place – yes, fabulous artwork – you bet! Enjoy... 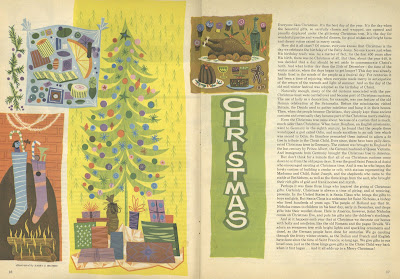 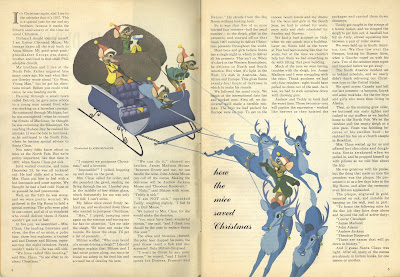 I credit that attraction with my later career choice. I wish I had known you could become a modelmaker, instead of focusing on real buildings.

thanks for posting it.