Welcome to the first Bonus Sunday of 2010! Here's the complete issue of "The Disney World" December 1965 - January 1966, there sure was a lot going with the Disney Company heading into 1966. 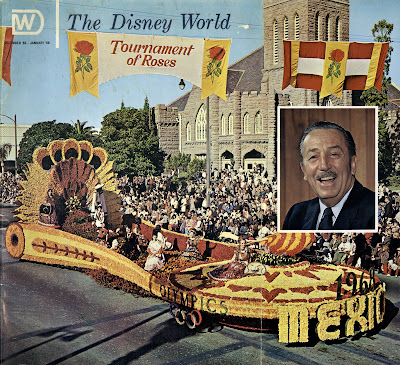 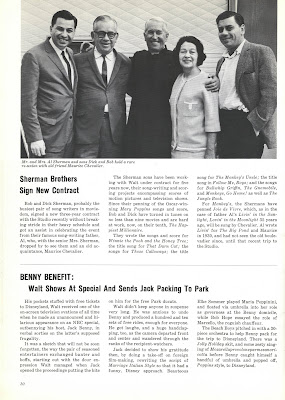 It just so happens you can download the entire November 13, 1965 Jack Benny show (including awesome Eastern Airlines commercials) at archive.org (link). I clipped out the scene that featured Walt and posted it below (hope it worked..). I love that the whole setup is about free DISNEYLAND TICKETS and we get to see one hundred and eleven ticket books. Walt definitely plays into Benny’s style of humor, it’s great to see film of Walt that I've never seen before.

More photo’s of Walt, he sure was a busy man. 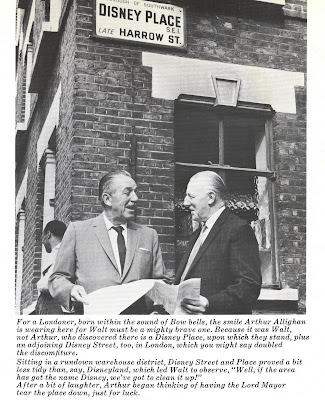 Here’s Walt with the Florida Mafia. Neato painting on the wall of the back side of a beach lady! 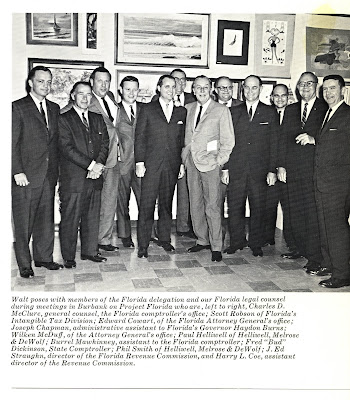 It never occurred to me that someone replaced Julie Reihm as Disneyland's Ambassador during Walt’s life time. Here’s Connie Jean Swanson meeting Walt and the “great big wide world of Disney”. Fascinating talk about “Paid Fares” for attractions (in 1965, 6.3 million guests paid 58 Million attraction "fares"). I wonder if it would have made better financial cents to keep the "A thru E" ticket system in place after all? Nah… 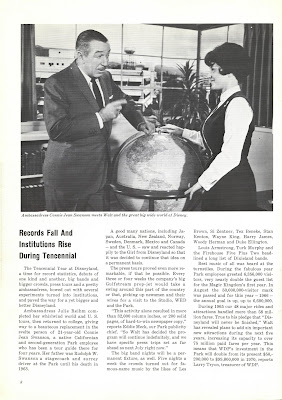 Walt was more popular than ever leading into 1966 and the company knew it. It really is difficult to image where the company would have gone had Walt been around for a few more years. 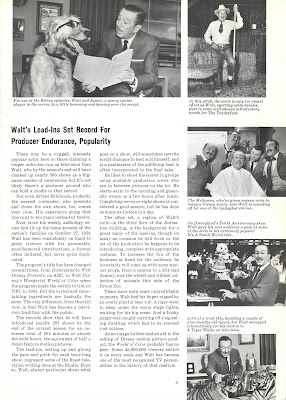 That is one BIG drum! I'd love to hear it Where is it now??? 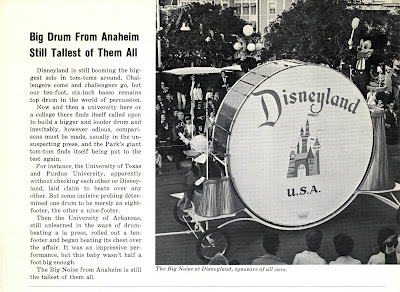 Thanks for the post! As I live just a few hundred yards from Disney Place, I especially loved the page from the magazine about the street. The area, however, is by no means a run-down warehouse district anymore – what with Borough Market and Tate Modern nearby and new luxury flats springing up all the time. What a difference forty years makes!

Boy, Walt is looking pretty old in that "Florida Mafia" photo. His mustache is white... it's pretty clear that at some point they must have colored it (and his hair) for TV appearances and most photo shoots.