It’s Holiday time at Disneyland, 1974 style. This flyer mentions the 19th Annual Fantasy on Parade, which would make this one year before Meet the Worlds “Gloria Gaynor at Disneyland – 1975” post from a couple of weeks ago. Nice grease stain, I say it adds charm and authenticity or its just gross.

No Gloria Gaynor in 1974, don’t worry, she will survive. But I’ll be making two trips to Holiday Time 1974, first to see one of my favorite musicians Jose Feliciano, and of course who would miss the DeFranco Family? it's interesting that they depicted both Parade Routes as two separate illustrations, in 1975 its just one illustration with a confusing “Point A - Point B” legend (link). 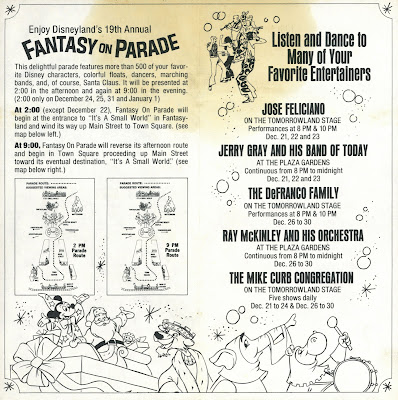 How in the world did you get on this invite list? Unlimited use of all attractions, reserve seating for the Candlelight Ceremony & Fantasy on Parade! Even free parking was included. Notice the envelope is post marked December 13, 1976 and notice the recipient of this letter RSVP'd on the same day they received the letter! 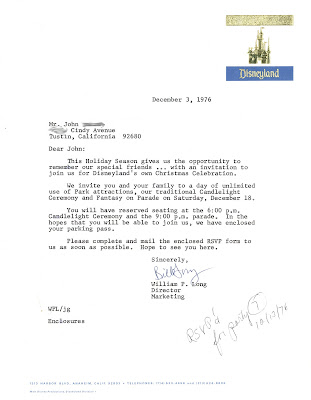 Cool drawing on the ticket. 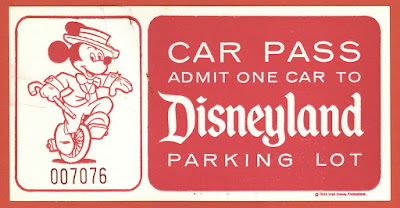 Yeah, what's with the two identical "Parade Route" illustrations? Dumb! That letter is interesting, wonder what made John XXXX a "special friend"? My guess - he killed somebody as a favor.