It’s New Year’s Eve at Disneyland, presented by your local Pepsi-Cola Bottler. This LP was produced by Pepsi for Radio Station use. It’s also (scream it with me) “undated” but I would place it at 1967 based on, among other things, a mention of "Sunday" as New Year's Eve.

Be sure to download both sides of the LP and play it as you celebrate tonight, its one-half hour of musical fun and excitement. 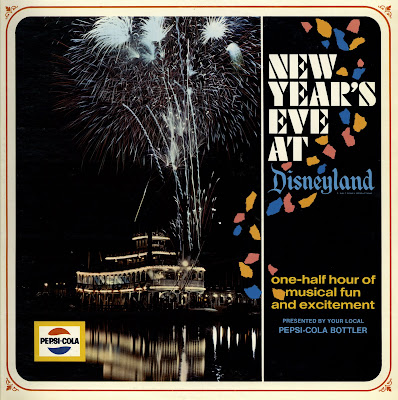 Here’s a 30 second promo that’s on the first side of the record before the actual show:

The LP is devoid of any actual information of what’s on the record itself. This was hand written on the inner sleeve. 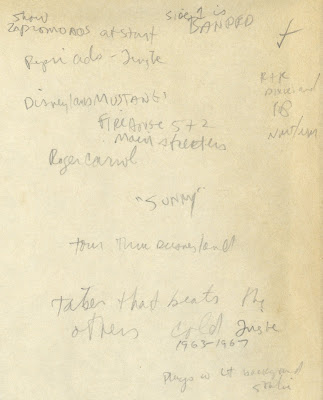 Side one is a real Humdinger (Dedicated to Jason!). The version of "Sunny" is unique, I like it... 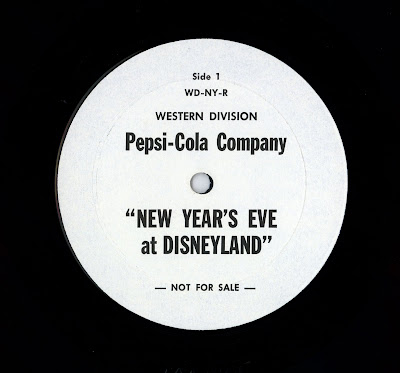 Side two is the better of the two sides, starts with Pirates (in their “Pirates Lair”!) moves on to some great Firehouse 5 plus 2 tunes, then some super Golden Horseshoe singing. 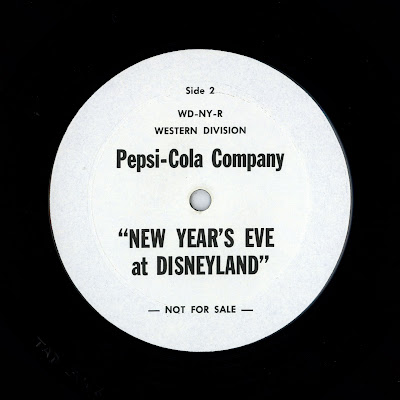 My copy of this LP is blank on the back cover, but there's a copy for sale on Ebay right now (link) that has this information on the back cover. I suppose if you work in radio this makes sense. 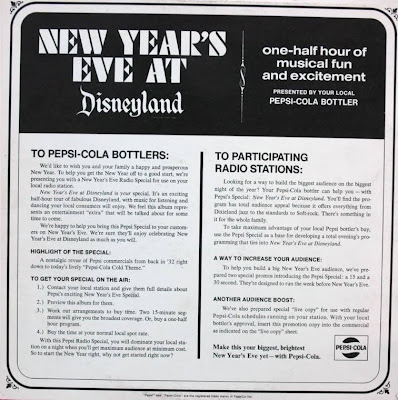 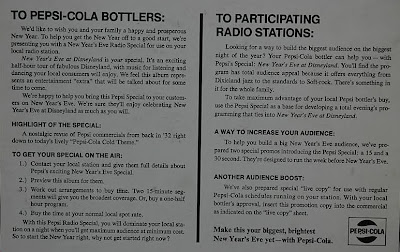 Do you drink Pepsi or Coca-Cola?
ANSWER THE POLL and you could win a prepaid VISA gift card!