Here's a fun Disneyland flyer for Magic Kingdom Club members.  When I look at this artwork it emotes 1970, I don't even need to look at the "9/70" date code, that family on the Trolley is 1970. 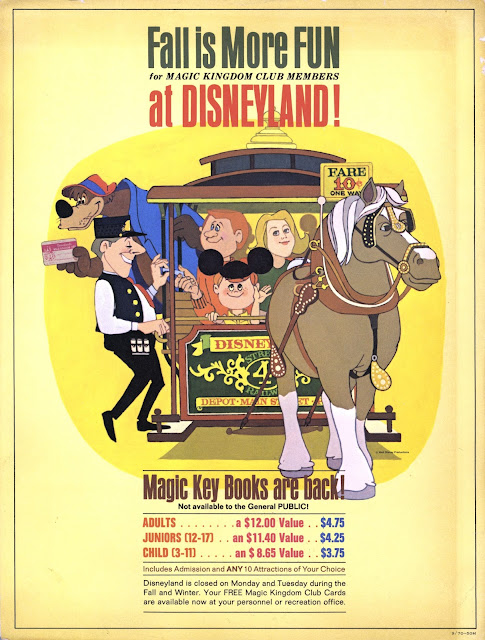 Get your FREE Magic Kingdom Club Card at your personnel or recreation office.  Brer Bear is holding a Club Card just like this one from an previous post (link). 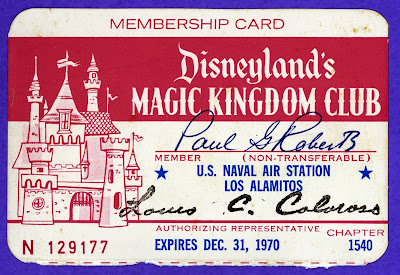 Posted by Vintage Disneyland Tickets at 12:01 AM 17 comments:

Yes this blog still lives! I'm staying with my excuse that the dog ate my homework. I got the dog a stronger leash so more posts soon.

Today we're going to Grad Nite at Disneyland - 1964!  This wonderful souvenir program scan was sent to the blog by reader "Don", thank you Don!  You sent a great item! 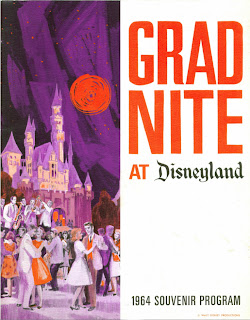 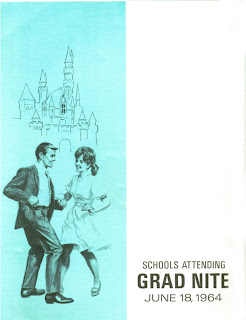 Is your High School on the list? Mine wasn't built yet... 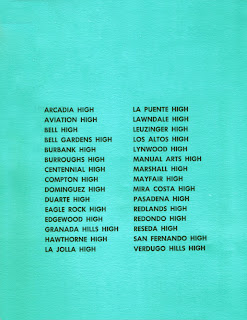 The Elliott Brothers Orchestra played, they are my favorite "Disneyland" band, go ahead, listen...

You can hear the entire Elliott Brothers album here (link). 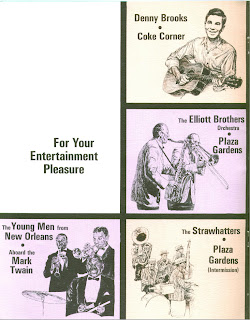 A Hootenanny, I know Jason would dig that.  What great names, The Space Men, The Astronauts, Mad Mountain Ramblers! 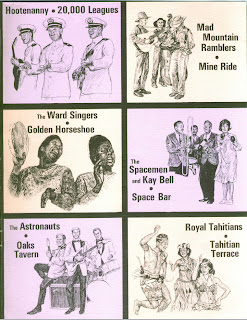 A brand new Mustang.  I bet the door lock grommets rattled, they all did! 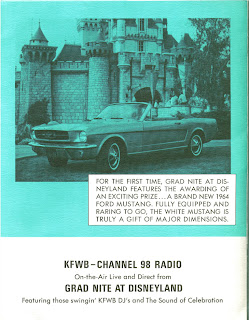 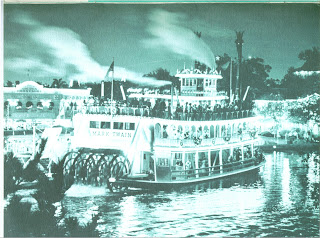 
From a previous post, the Ticket and Photo Card. And here is what you could have won, a brand new 1964 ½ Mustang. The Mustang was introduced mid-year on April 17, 1964. Ford considered it a “1965” model, but there were subtle difference between it and the “True 1965” models that were built after that first summer. Isn't she pretty? The evolution of the first Mustang. Posted by Vintage Disneyland Tickets at 12:01 AM 19 comments: