Welcome to Mad Magazine Monday.  Directly from my youth, this September 1977 edition of Mad Magazine is classic 70's Mad; it's just a bonus that it has an awesome 6 page Disneyland/Disney World article.

Charlies Angels were all the rage in 1977 and Mad was ready to "bedevil" them in this issue. 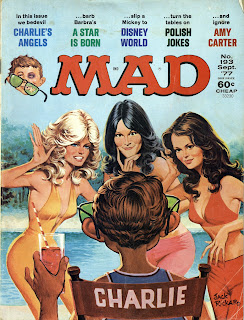 On the inside of the front cover is one of the two advertisements in this magazine, both are for Mad of course. 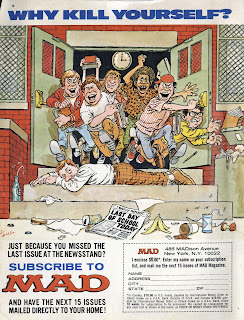 The Disneyland and Disney World article starts of with this single page explaining what the two parks are about. This page is a fairly accurate and kind representation of the parks, somewhat odd for Mad. But don't worry, on the next five pages there is bound to be something to offend everyone. 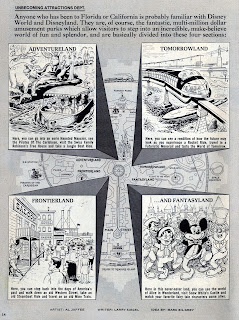 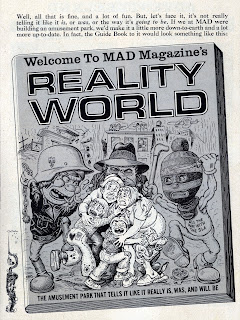 The next four pages are really a time capsule into 1977.  They managed to cover most of the current events at the time.  Talk about politically un-correct; "The Pirates of the Middle East", "Fairyland of Sports" and  "In Old New Orleans" would certainly cause a stir these days. 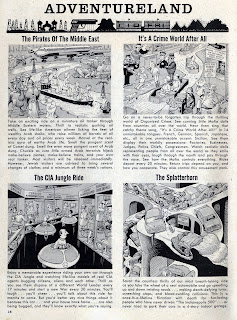 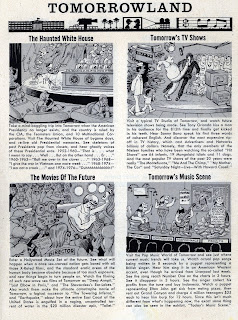 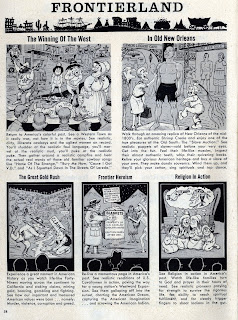 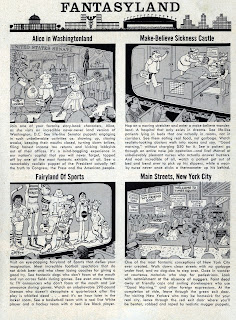 Sort of an advertisement. 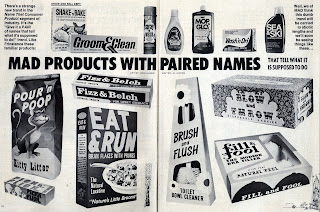 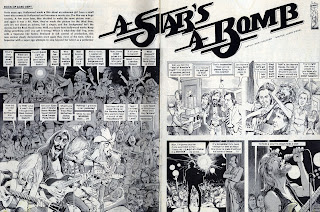 There a bunch of fun cameo appearances in this article.  See the rest of the Angels article here (part 2 and  part 3). 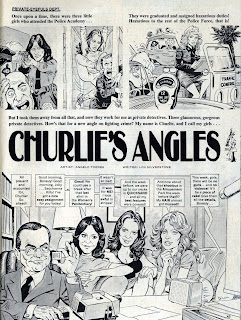 Now a look at two of my favorite mad artist's.  First up is Sergio Aragones.  I love his simple and whimsical style, classic smiles with an occasional tongue out off to the side... Also, lots of pretty girls and silly situations. 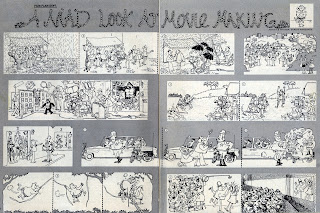 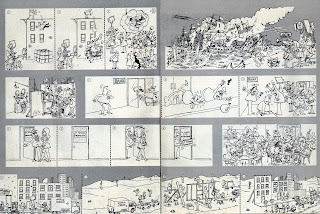 Don Martin's style is somewhat different but I like it just as much.  Usually a cleaver irony or just some idiot that's clueless, the facial expressions are classic. 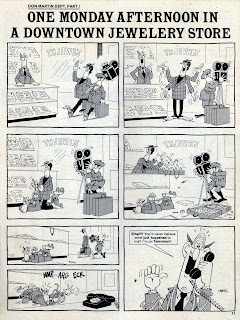 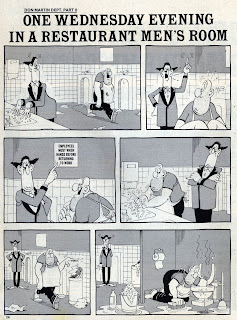 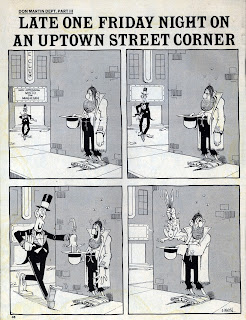 And what Mad Magazine would be worth its 60¢ if it didn't have a "Spy vs. Spy" segment. To be honest I never really "got" these, but I do love Sergio's little doodle on the bottom right of the page - Sergio's doodle are scattered about the entire magazine. 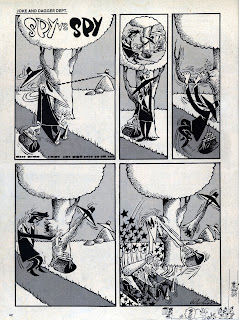 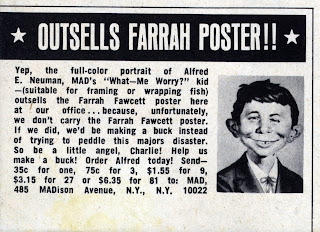 The inside back cover always had its "Mad Fold-in", some were better than others. 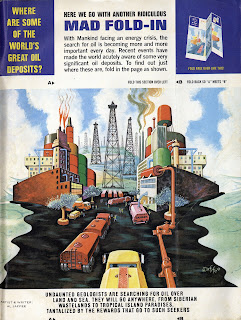 This one is pretty funny.

One of Don Martin's finest works on the back cover! 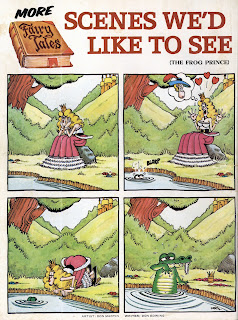 In case you missed my previous December 1956 Mad Magazine post back in January 2009, you can find it here (link). 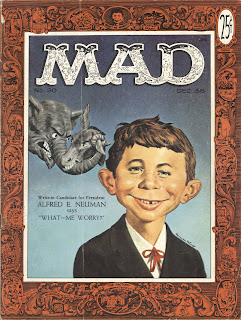 I remember having this issue as a child and loving the 'Reality World' article. It lodged itself firmly in my mind and even now whenever I amble through Disneyland's sanitized New Orleans Square I can't help but recall the 'slave auction' panel. Thanks for posting!

Mad magazine! Boy, did I love reading "Mad" when I was a kid. I still have a stack of very early issues that I found at a thrift shop. Not mint, but still super old (1950's).