Let’s take a look at another “Disneyland” this one is in Tokyo. This “Starlight Passport” is from 1989. Only good during “Starlight Hours”. Nice graphics on safety style paper.

Here’s a beautiful Tokyo Disneyland Guide book from August 1985. This guide is done in the same style as the Anaheim Disneyland guides of the same period; it wouldn’t surprise me if they were produced by the same group of people at Disney. The entire guide is below, I especially like the big map and the Tomorrowland pages. 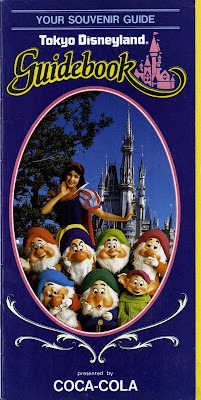 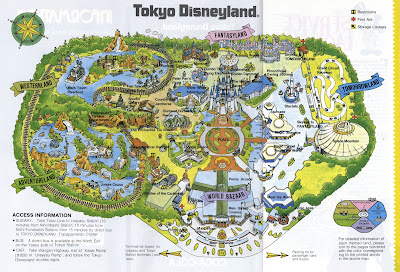 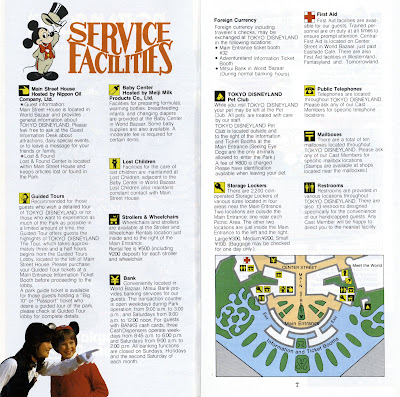 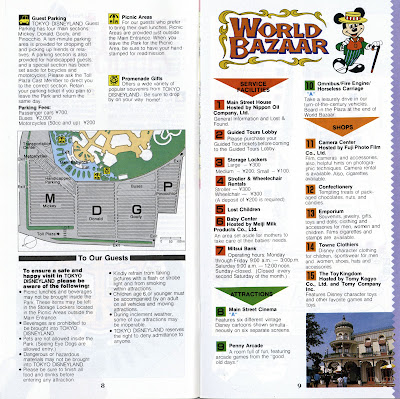 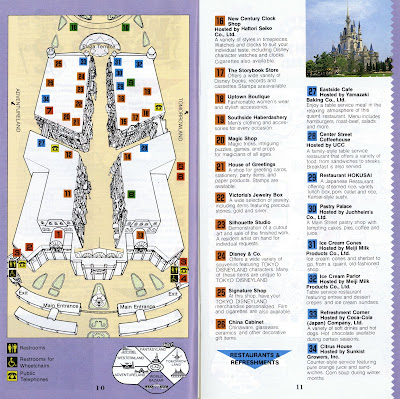 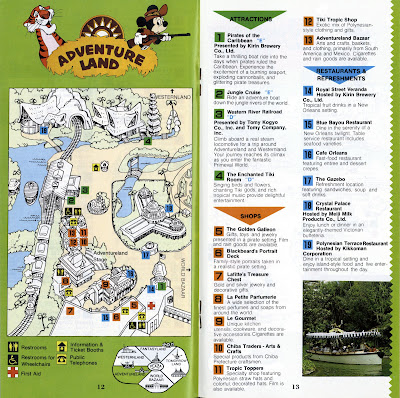 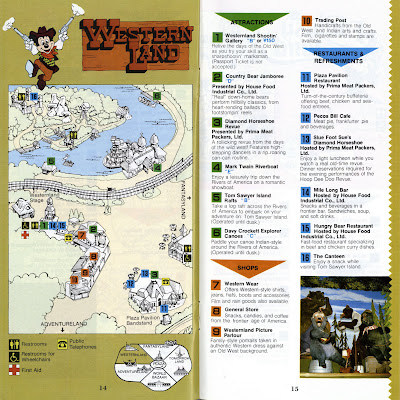 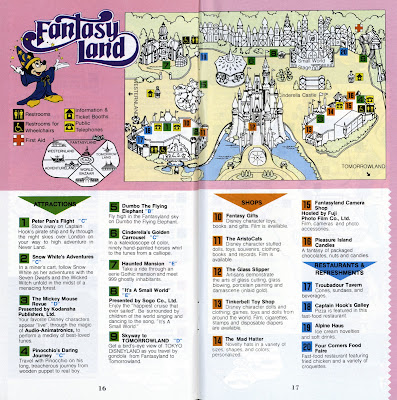 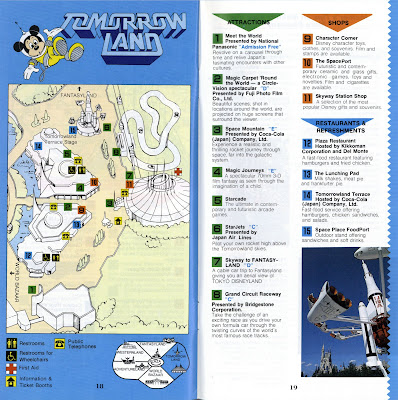 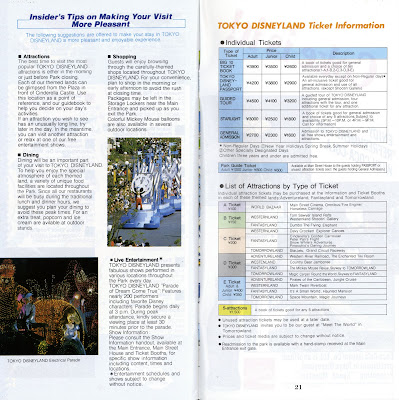 Posted by Vintage Disneyland Tickets at 12:14 AM

I have a few (very few!) TDL items in my collection... it is fascinating to compare it to the original. I once bought a map to Tokyo's Tom Sawyer Island, and the seller (who knew me) said, "Why do you want THAT?".

Hey VDT, thank you for sharing this! I love seeing items from the park's early years..especially since I didn't make it there until just this decade!

Do you happen to have or know where to find the 1983 Tokyo Disneyland Brochure? You see, on the other side of that, on the front cover (when its folded up), is a picture of my brother, Sidney Wisdom, Mickey and Minnie mouse and another small girl. The reason I'm interested is, my brother committed suicide 7 years ago. I just wanted to see that picture again.
Thank you,
Robert
rob.wisdom@gmail.com