As part of the multi-media display, Don presented some recently acquired photos of Walt Disney and Jack Wrather. Photos of Jack and Walt are pretty rare, these presented here today had not been seen in decades, until recently. Thank you Don for a wonderful presentation and for sharing these photos! 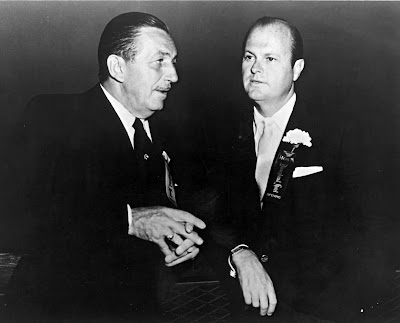 Same as the first one but in color! 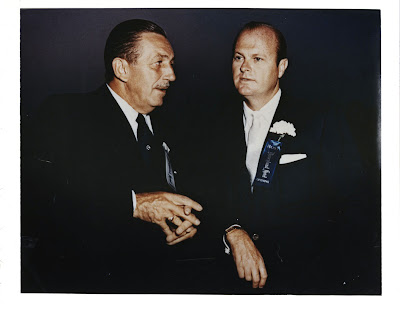 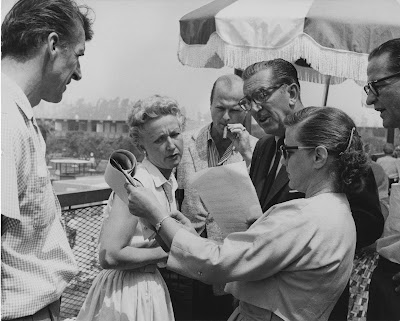 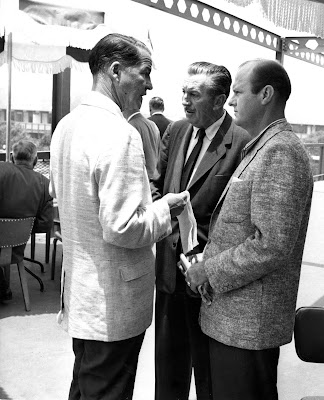 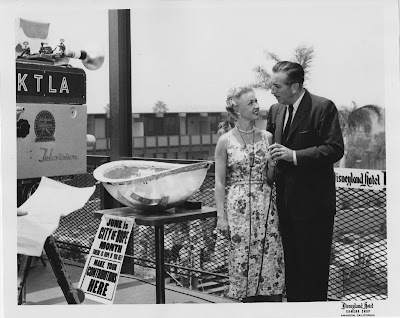 Also from the event, an "anonymous" blog reader attended and had a couple neat things to share. This flyer for the Disneyland Hotel and the Magic Kingdom Club is so cool! 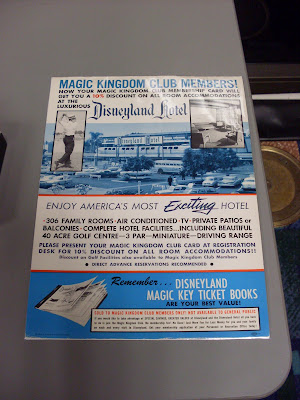 These are ticket book covers from early October 1955. These are before the later October 1955 tickets that had the familiar ABC tickets in them. 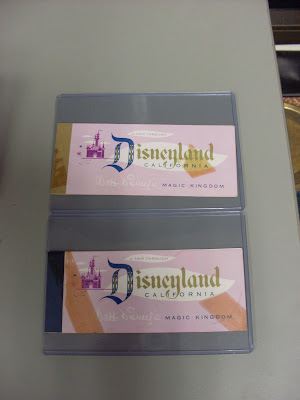 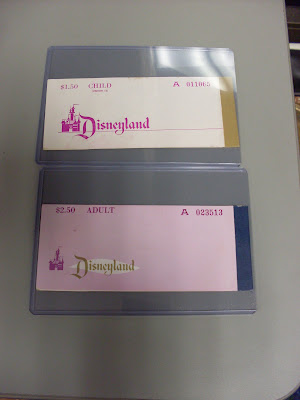 "Mr. Anonymous" also has more vintage tickets, hopefully he'll share those with us too. Thanks "you know who"!

Whoa, check out those ticket books!! AND an adult and children's book as well. Amazing. You should have offered the owner $50 in CASH, there's no way he could have refused.

I believe you meant Jack Wrather.

Were there tickets inside the books? I've been looking for one of these for my collection FOREVER!