How about some lame early 90’s graphics? “In 1991, as a part of the promotion for the sports franchises they'd recently purchased, Disney issued a special set of Upper Deck trading cards along with a commemorative passport.”

It’s my understanding this ticket is still good since it has no expiration date, however, it is marked $27.50. I’ve heard if you try and use these “no expiration” tickets guest services might only give you $27.50 off the price of a one day admission ticket. In some cases I’ve heard people get a full park hopper ticket as a straight exchange, it might depend on the mood of the cast member.

“The cards feature Mickey, Donald, Goofy, and Roger Rabbit in sports regalia with pictures of Disneyland in the background.” And honestly, they’re ugly as heck. I’m pretty sure they only made these five; I’m guessing there was not a huge demand for more. Upper deck did issue several Disneyland 50th anniversary sets (link) they look a little nicer. 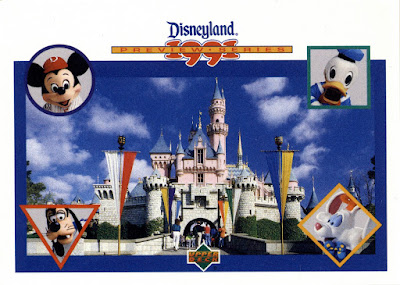 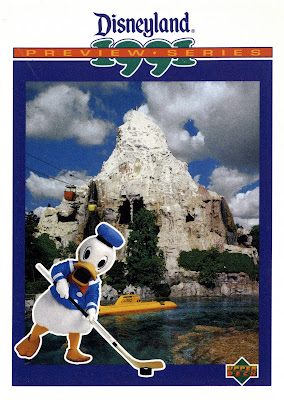 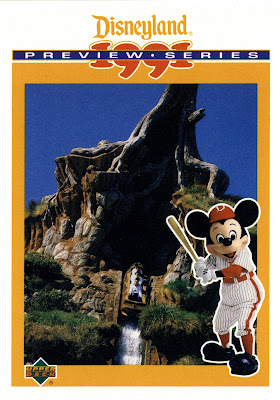 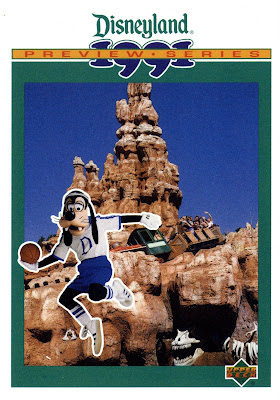 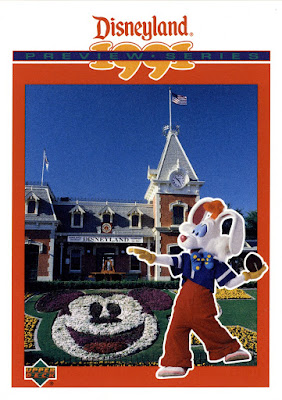 The backs of the cards contain some rare and exciting facts that I’m sure you’ve never read before.

These were given away at The National which is the National Sports Card Collectible show which was held at the Anaheim Convention Center that year.

The graphics are not the greatest, but they definitely reflect the style of the times. It looks like they were designed by an Adobe Illustrator beginner.

My god; this ticket really brings back memories. I used to be an employee of Disneyland in 1991.. The ticket number is 02266 and I still have those cards; unopened/sealed in original wrapping.