The photos in today’s post have a few things in common; they are all from a lesser know magazine, “The Disney World” February – March 1966 issue, Walt Disney appears in each one (well, not the cover!) and I’ve never seen them before. Possibly some of these will be “new” old photos of Walt for you as well.

Maybe “The Disney World” should be posted on Magazine Monday’s, but I’m not really sure it’s a traditional “magazine”. There are no advertisements whatsoever and of course it's “all” Disney stuff. Come back tomorrow for the entire magazine on Bonus Sunday. 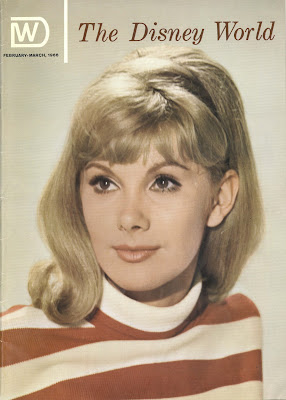 Daveland had a great post this week showing Walt at a press conference in 1966 (link). Here’s Walt at that same press conference but in this photo he's pointing at the press, not the big map. He seems to look “less tired” in this photo, which is interesting given the two photos where probably taken only minutes apart. 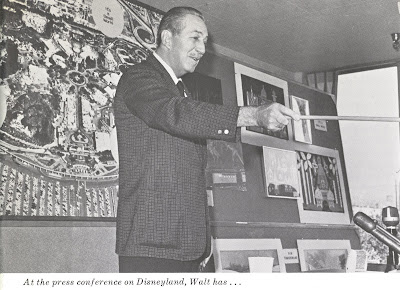 This one is my favorite, although I may have seen this one somewhere before, maybe in John Hench’s book Designing Disney ? I have the book somewhere I should check, by the way, it's an EXCELLENT Book, and not a bad price in soft cover. 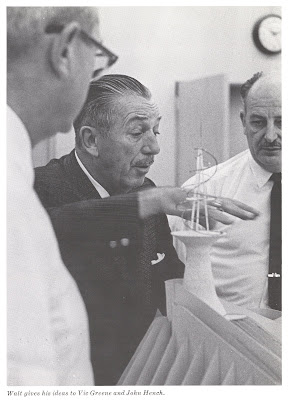 “Jasper, in The Gnomobile” I’ve never heard of this until I read the article with this photo. 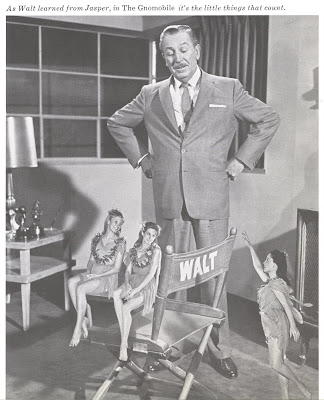 Walt receiving Photoplay’s “Front Cover Award”. I wonder how many awards Walt received in his life time. Thousands I would guess. 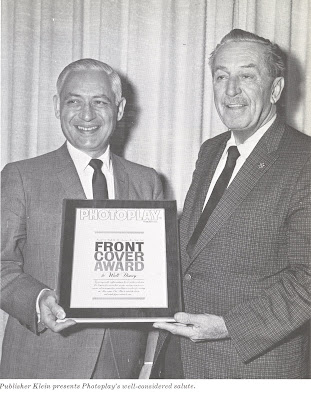 That's one lucky group of paper boys! Looks like a cool winter day. 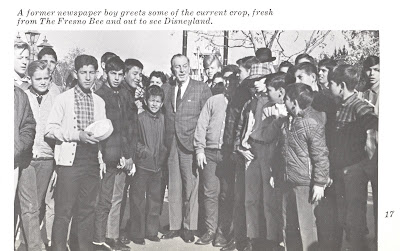 Walt buys a share of File-Dex-Co stock, huh? Cool aeriel photo behind them! 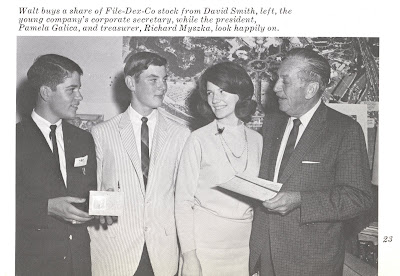 Here are a few articles of interest. 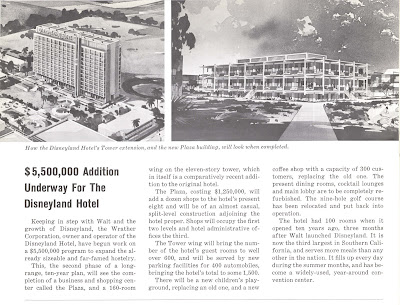 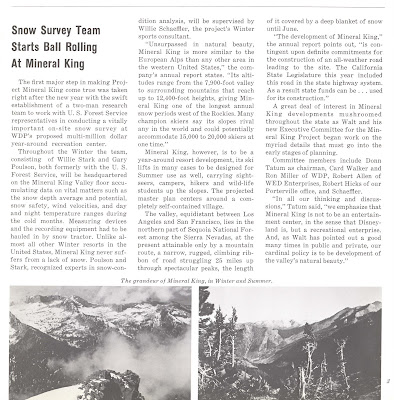 I have two more 1966 issues of "The Disney Way", I'll post them soon.
Posted by Vintage Disneyland Tickets at 12:07 AM

This was the in house magazine for all of Walt Disney Productions. The issues contain some fantastic images as well as information. Some issues seem to be easier to find than others. I am working on a set and it is taking a while to find the issues I need. The only good thing is the Disney World magazines are a little easier to find than the Disneylander magazine.

You can see the construction of New Orleans Square is underway in that aerial shot behind Walt. And is that supposed to be a model of an early version of Space Mountain in the photo with John Hench?

In the photo that Walt is "buying stock", on the left is Dave Smith of the Disney Archives. He was so young and had hair.