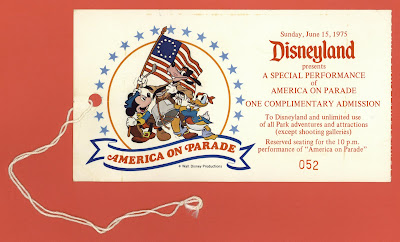 Here’s a fun application packet supplied by the Disneyland Music Department so your band can apply to be in “America on Parade”. Travel arrangements naturally provided by the Walt Disney Travel Company. 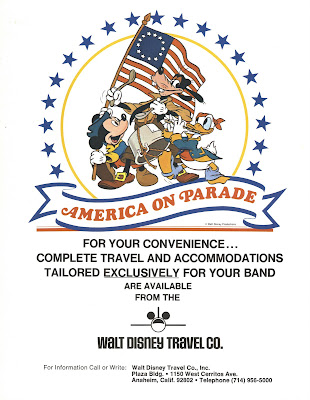 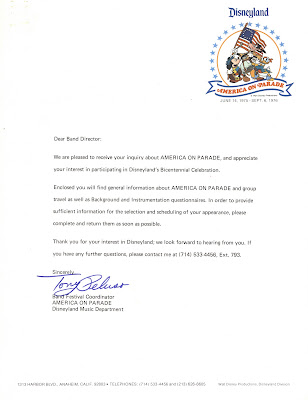 Hey this information sheet makes it sound like a blast to be in this parade. Guest groups get free admission to Disneyland and One 5 Ride “E” coupon ticket book for each member”. NICE! 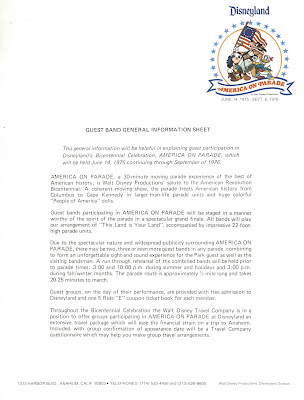 You better print clearly and please, do not send your demo tape on an 8-track! 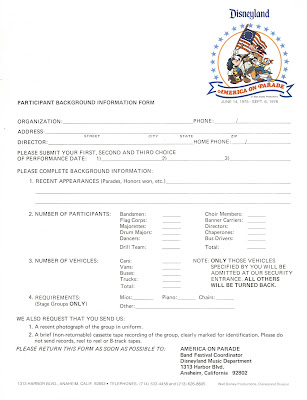 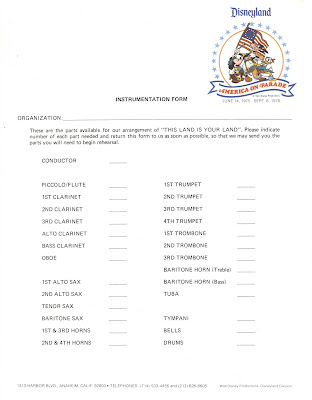 Just in case you don’t know how to make a demo tape, here you go. 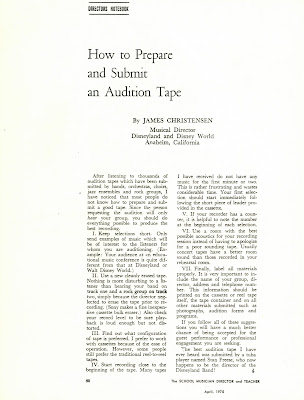 p.s. - Thanks go out to D.O.P. for the band application package!
Posted by Vintage Disneyland Tickets at 12:01 AM

Wow, this is some cool stuff! I loved America On Parade!

Thanks for the shout out... Funny I forget what I've given you... lol
You always make this stuff so interesting! Thanks again!

This is pretty interesting. I remember this parade, and also buying a t-shirt with that Disney version of the "Spirit of '76" artwork.

Now, I have to find my Super 8mm movies of America On Parade (DL/WDW), which is my one on my visual sources for the Parade since I wasn't born until 1976. Those applications are rare gems!