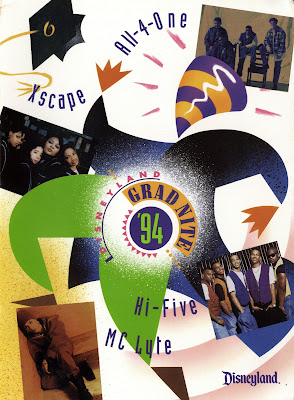 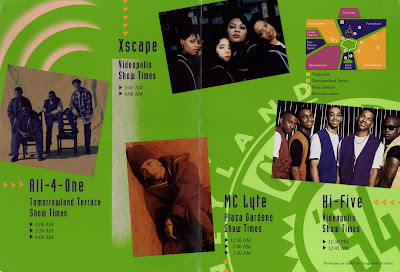 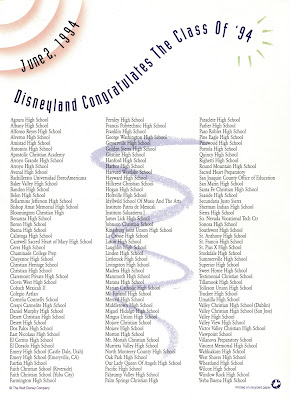 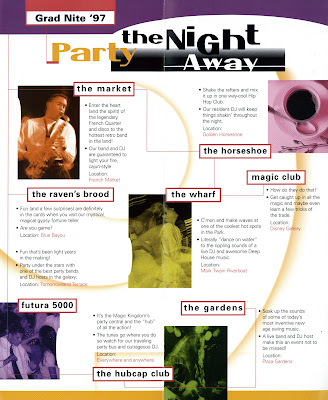 Got Munchies??? That sounds so wrong.... 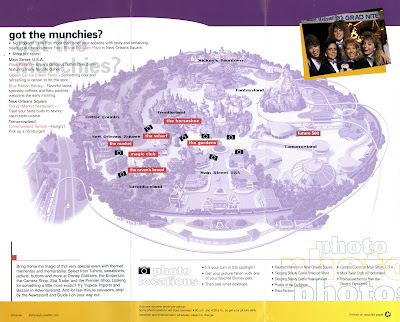 Love the band names; RTZ, Mint Condition, and "MC Lyte" (did he really want to be known as "MC Lyte"??). Paul Rodriguez must have had to do his cleaned up "Tonight Show" material.

That Tomorrowland Terrace was always a draw for me. I loved the way the stage came up out of the ground.

Julanders, email me at: vintagedisneylandtickets@gmail.com, I'd love scans of the 1990 Grad Nite stuff you have - All I have from 1990 is a rather scary Grad Nite photo of a poor girl and goofy!

Is that Jay Johnson as in Jay Johnson and "Bob" his ventriloquist dummy? And why didn't they get a photo in the Grad Nite '92 guide? I used to love "Celebrity Charades," and "Soap." Or am I out of touch and this is another Jay Johnson?

MC Lyte is a female

MC Lyte is a female