Welcome to another edition of Magazine Monday. This week it’s the “Hudson Family Magazine” from 1955. These are little magazines, smaller than a Readers Digest. Volume 1 Number 3 is dated “1955” with no specific month, but most likely late spring or early summer.

I’ve seen better photos of Walt, but the super concept art makes up for it! The Snow White ride vehicle is sweet, I dig that ladies' hairdo! 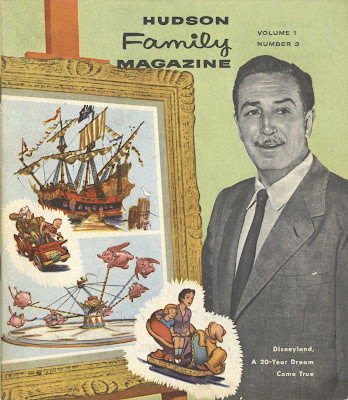 Inside the cover is a nice article on how Louisville Slugger’s are made. 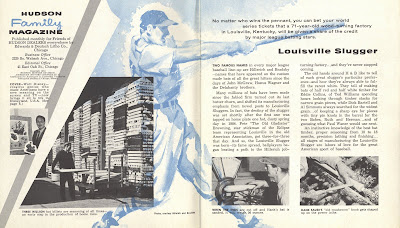 Disneyland gets the obligatory three pages, however they are full of fun stuff. Ton’s of concept art here, I especially like the Tomorrowland map used behind the article title “Disney land”, it shows a monorail track with the load area similar to the PeopleMover load building. Walt in his “fabulous Frontierland” it looks like the Burbank studio to me… The Holidayland concept as described here sure makes a lot of sense today. 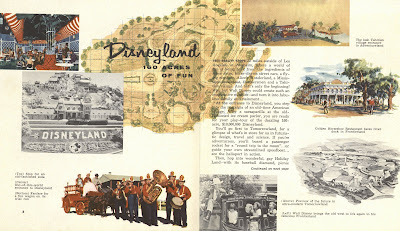 More concept art! How cool would it have been to drop out of Monstro’s mouth! More talk of “Alice” and the “rabbit hole” attraction where you “laugh at yourself in her topsy-turvy looking glass word”. New Orleans, Natchez and Mobile, the old favorites I like to visit while on board a gambler’s excursion. More than 15,000 visitors expected every day, that Walt Disney really has lost his mind. 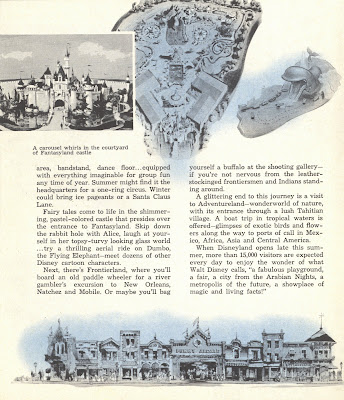 The only advertisements in these magazines are of course for Hudson cars! Suburban Distinction, Darren Stevens earned his pay with that tag line. 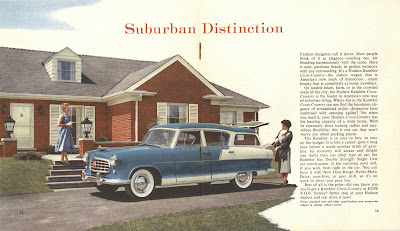 How about some Summer Coolers? 50’s desserts look so fun! 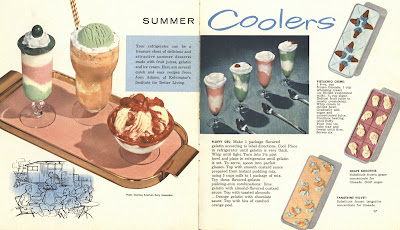 Lawn Party Ideas, wow, where is this planet and how do I get there? And "There are no hot days" with Hudson's All-Season Air Conditioning. Reading this sure makes you appreciate A/C on those hot days and even when you just want the windows up. 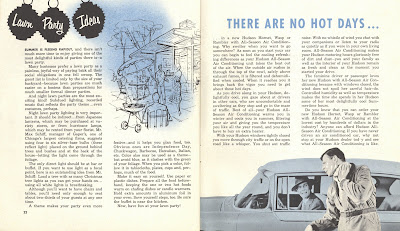 It just so happens I have a bunch of these little magazines and the next issue features Fess Parker! Also from 1955, this is Volume 1 Number 4. 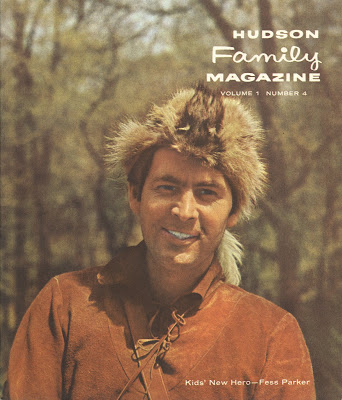 They gave Fess Parker a Hudson Hornet because of his "wonderful influence on America’s children". I’m sure Fess posing with the Hudson is pure coincidence. Did Buddy Ebsen get a new Hudson? 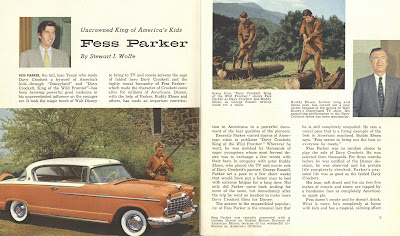 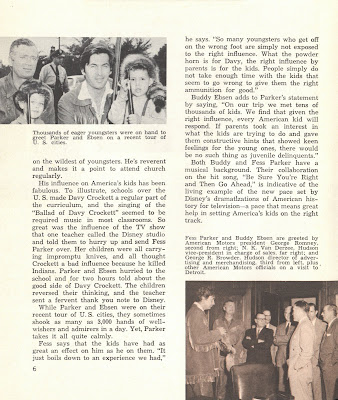 That pizza looks yummy, if you like small headless fish on your pizza pie… 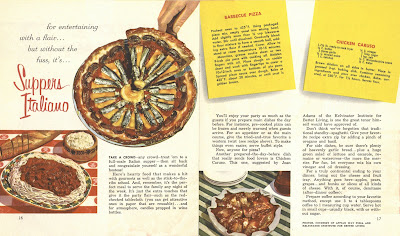 “Pastels in Bloom” Those colors and balloons and stuff remind me of a 1955 Cadillac. 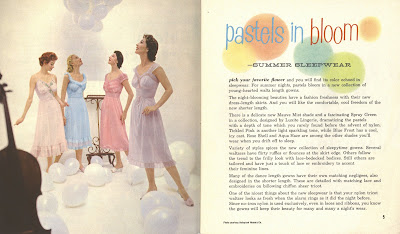 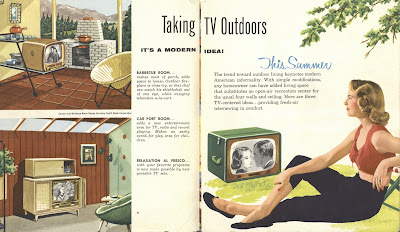 If you haven’t had enough Hudson’s yet, here’s a special preview of the 1957 complete line of Hudson cars. Download the entire issue below. 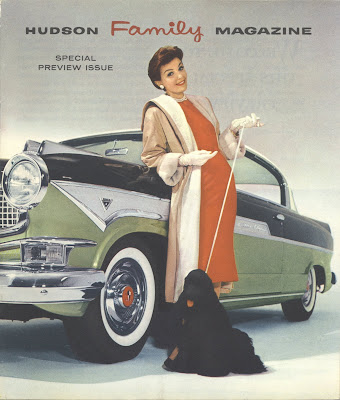 The last page of the preview issue shows the Metropolitan, what a cute little car, I want one for the trunk of my '78 Buick. See Viewliner Ltd’s great post about the little Metro (link). 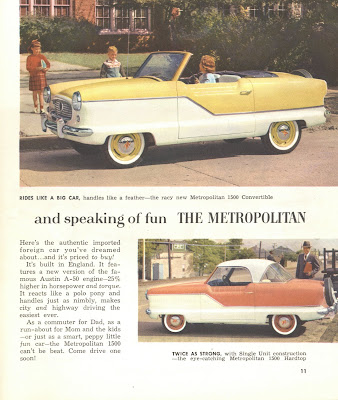 These are absolutely fantastic. What a great vintage group of magazines. Yup I love my little Metro. Thanks for the link Tim.

I used to have a stack of Hudson Magazines, and stupidly sold all of them on ebay - except for the Disneyland issue of course! They really are great, and so very "50's".

I love it when the really early concept art "squeaks" through by mistake and gets used by accident.

Those 50's foods sure photograph well, don't they?

Poor little Metropolitan... Volkswagen sure pushed YOU over the cliff. Can you picture Herbie as a Metro?

Great post Tim! Anyone else see the resemblance between the Metro convertible and Susie the Little Blue Coupe?

(Correction -- I meant the hardtop.)