Looking back 22 summers ago, let’s visit Disneyland thru a “Disneyland Summer Program”. This brochure is large sized and heavy stock glossy paper, not the usual “gate flyer” by any means. Effective June 20, 1987 thru September 6, 1987. This brochure is for Disneyland Hotel and other “Anaheim Area Lodging Guests” 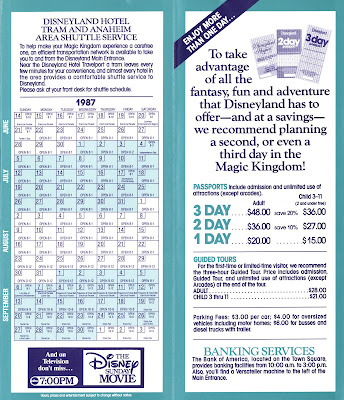 Hey - I remember THIS Disneyland! Chili Dogs at The Space Place anyone? 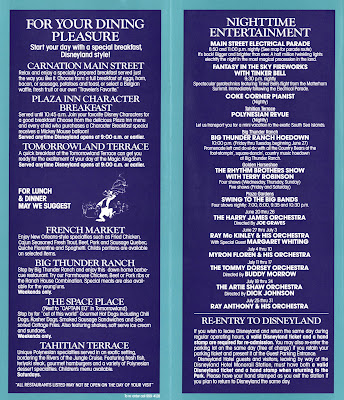 Tons of great stuff to do. The Videopolis Stage was featuring “Singin’, Dancin’, Heigh Ho”. Short funny story; I overheard this in Fantasyland last year near the exit to Snow White from a teenage girl as said to her teen friend “That part about the 'High Ho’s' was from before women’s lib”, true story. 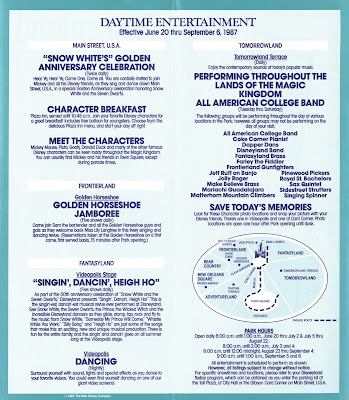 Disney Dollars are brand new having just been introduced on May 5th, 1987. In the early 90’s my family, friends and I actually used Disney Dollars as all day spending money. The problem the dollars however was two fold (a) it’s easier to spend money that looks fake! And (b) “The company assumes that a certain number of Disney dollars will never be redeemed. The assumption is that a substantial percentage of the Disney dollars will be thrown away, kept as souvenirs or forgotten.” Wikipedia (link).

How about some pretty tickets? 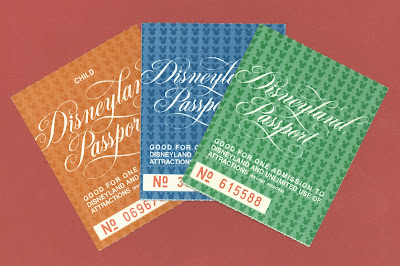 Next, a full length brochure that came with the “summer program” above. Its dated 1986 so it must have been good for the entire year of 1987. This is a scan of the front and back as its really one large portrait. Ironically I was going to post this last Friday, but with the passing of Michael Jackson I did a small tribute instead. I didn’t post this brochure (expect the Captain EO Logo on the cover) because oddly there are no photos of the Captain himself. 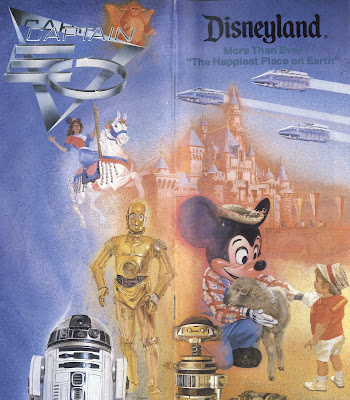 Maybe Michael hadn't finished his parts in the movie yet since this was published in 1986? 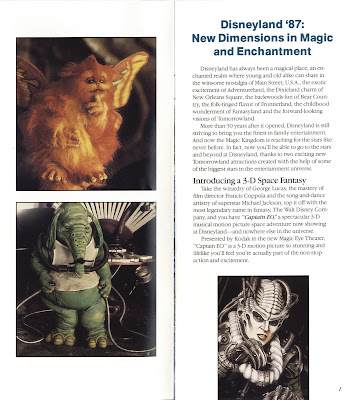 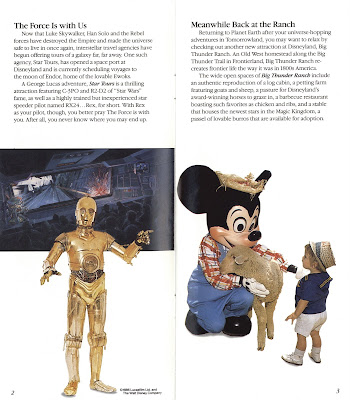 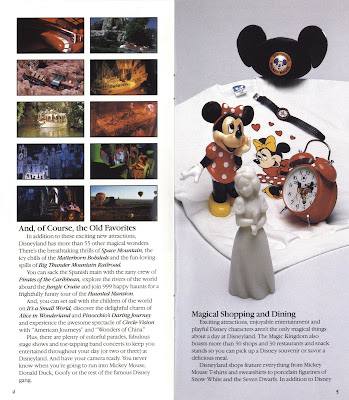 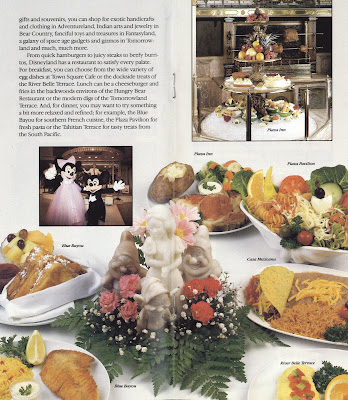 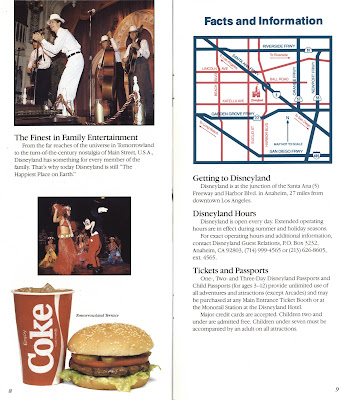 Goofy, do I know you? 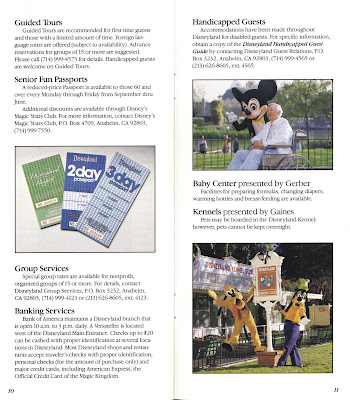 Stellar Mark Twain photo at the end. This brochure sure makes me want to go to the park… in 1987… 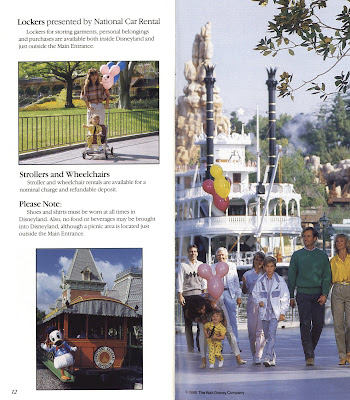 Posted by Vintage Disneyland Tickets at 12:08 AM

That's a great brochure, never seen that one! Strange that Captain EO himself is not pictured in that promo... maybe that was done to increase curiosity?

I think Major's right: They probably held back on releasing Jackson's image to promote anticipation of the event.

Disney Dollars: The most divine scam ever perpetrated by DisneyCorp to separate you from your "real" money. Where did it go? Did Disney give up on the concept, or is everybody doing plastic?

I don't know why, but since I was a child, Disneyland never was cool to me, is not for the lack of attractions, is just that I don't like Disney.