Welcome to Magazine Monday. Following up on last weeks 1967 Tiger Beat's Fave post (link) this week we’ve got “'Teen” Magazine from February 1961. Are the Everly Brothers splitting up… Why? 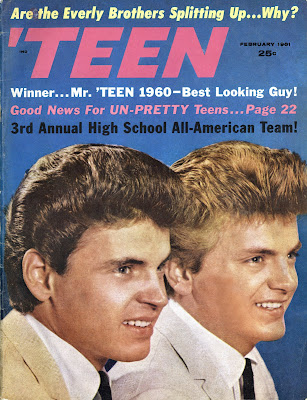 A simple two page article has you following Pat Molittieri thru a fun filled New Years Eve at Disneyland. The most interesting part to me is how Pat and her boyfriend over dressed for the event. Pat says “Some of the girls were even wearing Capris and many of the guys were in Levis. This could only happen in California”. If you need better scans, high resolution copies are available here (Page 1) and (Page 2). 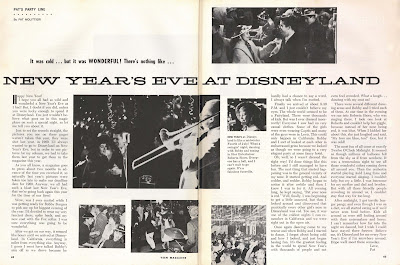 The Everly’s Bust-up! This article is a bust as the duo remained together until 1973 when they began a ten year split; “The duo split on July 14, 1973, when Don Everly came onstage too drunk to perform at Knotts Berry Farm. This was especially embarrassing since it was billed as their last performance, and so family members, friends, and fans from within the music industry were in heavy attendance … The brothers reformed in 1983.” (Wikipedia link). 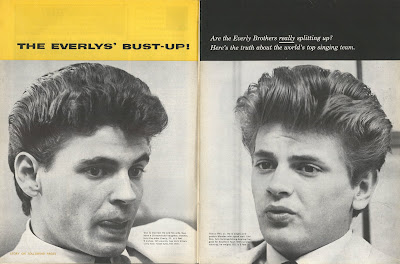 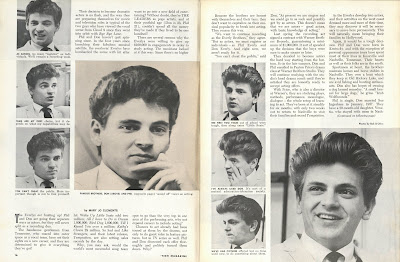 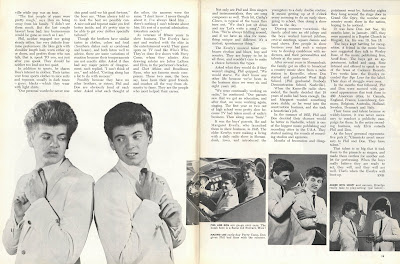 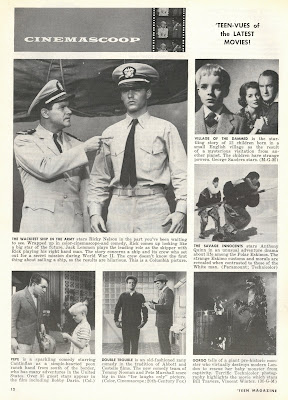 Sally was “Blue”, but now Sally is “Gay with Midol”. I’m glad we got that cleared up.

First time ever record offer! Nothing like floating disembodied heads to make you want to buy something. 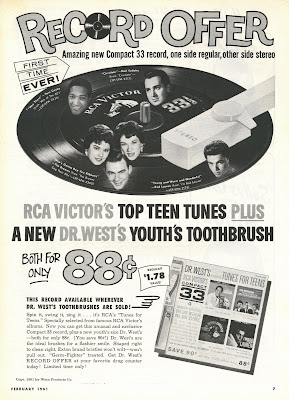 Elvis Presley’s latest album “His Hand in Mine”. This was Elvis’ first 12” LP (long play) gospel album for RCA. It was also the follow-up to the excellent “Peace in the Valley” from 1957 - Elvis was at his best doing gospel (link). 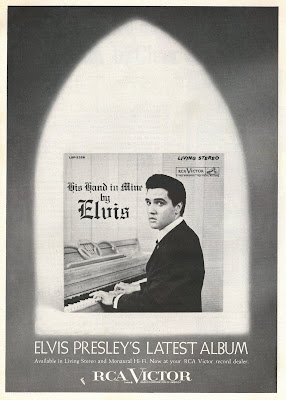 Because this “Magazine Monday’s” Disneyland article was so short, here’s a little more Disneyland, this fun cover of Vacationland from the Winter of 1960-1961 has none other than Vesey Walker leading the band down Main Street. 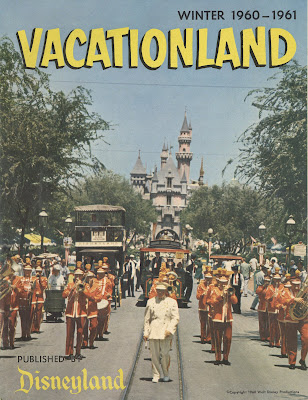 This issue is short at only 12 pages but there a few pages of vintage Disneyland nuggets. A great two page article “A Backward glance and a Look ahead” and another super two page article “News From Disneyland”. Here’s one of the “News” stories. Who else loves this concept art??? 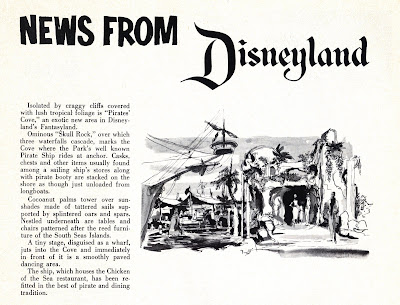 Another "News" story; looks like Pat, her date and 15,000 other folks paid $5.50 each for a splendid (but cold) New Years Eve at Disneyland. 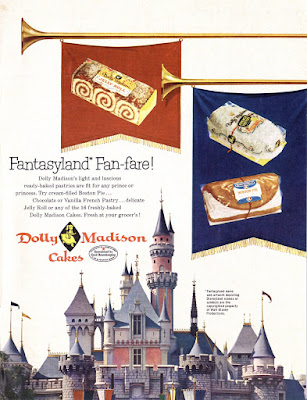 Come back on Bonus Sunday for the entire issue Vacationland Winter 1960-1961. I hope everyone had a great Independence day. Mine? - There was "peace in the valley for me".
Posted by Vintage Disneyland Tickets at 12:08 AM

Who cares about Disneyland, there's been a mention of "Gorgo"! He could kick Godzilla's butt all over the map. And he's just a baby, wait 'til you see his mom!

Nothing like a great old magazine to get my blood flowing. WOW the Everly Brothers, saw them a few times in my day. Great post looking forward to Vacationland mag.

I never knew the Skull Rock area was called "Pirate's Cove"... thanks. Not too fond of the artwork that goes with the article, it looks like a knock-off job done by a guy that illustrated the Spiegal Catalog.

I can't find the promised Bonus Sunday post with this Vacationland from Winter 1960-1961. Did I miss it or was it an oversight?