It’s so nice to finally get an answer to a burning question I’ve had for years. According to Disneyland fan folklore (and the blogs/Internet) you could still use the old Disneyland tickets, as long as there was no expiration date. I’ve also heard you must have a complete “book” of tickets, not just the front cover.

Well the opportunity finally arose when a friend and I had a last minute chance to go to the park, only one problem – my friend was broke and does not have an Annual Pass. Well, I always keep a few vintage Disneyland ticket books in my glove compartment (doesn’t everyone?) and I told my friend, if you’re willing to try it you can have this September 1981 Complimentary Main Gate Admission to Disneyland. 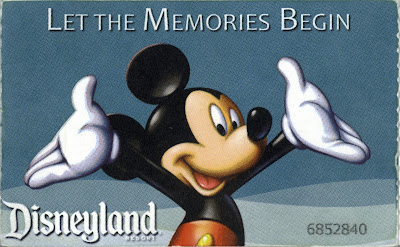 My friend was up for it so we headed to guest services. After a few minutes of puzzled looks and the calling over of a supervisor we were told “you know this is rare and probably worth some money?”, my friend had the classic response “So can I exchange it for a general admission ticket?”. They replied “Sure, just take it over to the Main Gate”. 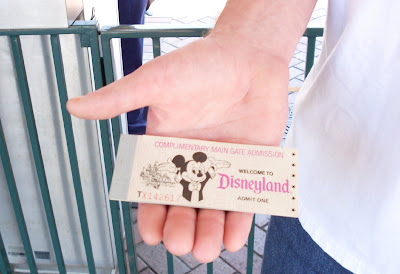 Over at the Main Gate the cast member asked us to step aside while she called the “lead” over to help us. Now I’m getting a little nervous, my friend however is cool as a cucumber. When the lead arrived she examined the ticket for quite a while, at least a minute, counting and checking to be sure each ticket was still there and attached.
Then she spoke “We have to tear off the front ticket” well duh! “Or, if you let us keep the whole book intact, we’ll give you a park hopper ticket”. She explained that normally they tear the front ticket off and give the rest of the back stamped “void” and give you a "Disneyland only" ticket in exchange. But in this case she said the “Main Office” would want to keep this one in the archives! How cool is that! 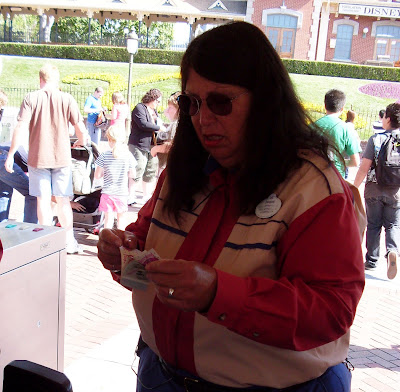 That was too easy! Just for the record, that ticket book (which was featured in my very first post – link) cost me $40 in 2005 – for TWO Books, I still have the other one!! 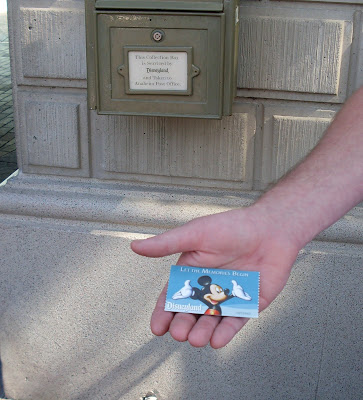 While the fronts of the 1981 and 2011 tickets are eerily similar, the backs are very different.

I’m guessing my friend was the only guest at the park on Wednesday with a “Replacement Ticket” that was noted “Original Ticket: Non Barcoded”. 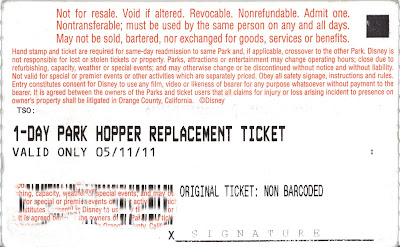 There’s only a mini trip report today since I was with a friend and actually rode some attractions, ate some sit down meals and basically lazily hung around. I wanted to check out the updated effects in Snow White and the line was small. While in line the ride operator got on the phone a couple times and ran a few carts thru with no one on them, this small line was suddenly moving very slow. Once on board we got about half way thru and bam, it just stopped dead, lights on, voice overhead “Snow White has temporarily been shut down, please remain seated until a cast member escorts you from the attraction”!

The first picture I took of course had the flash on! 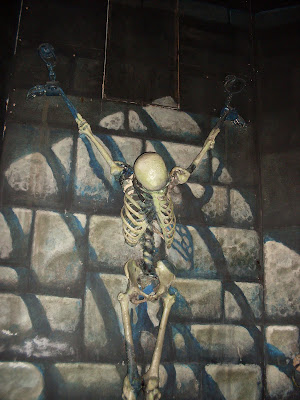 A quick switch to movie mode reveals it’s still pretty dark even with the lights on.

This is the only one of my non-flash pictures that came out! 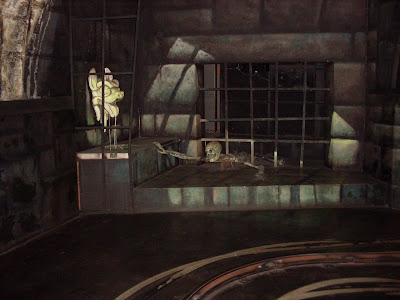 Too bad we didn’t break down in a better spot.

The walk-out was great since we were only half way through; you really get a sense of how small the attraction is. The cast member was pretty good and noticed right away when we started to linger behind the group, darn! As we headed to the exit the cast member lead us out thru this tiny door just like in Willy Wonka (kidding) we were just lead out thru the exit, we didn't even get a "readmission ticket"! 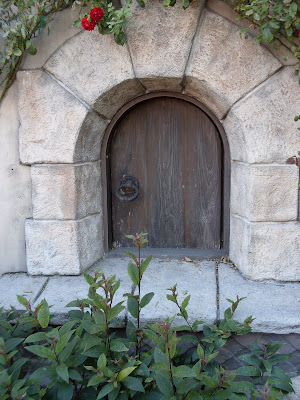 Over in Adventureland I actually went into the Bazaar and checkout out the goods. Look who I found, its Shrunken Ned. 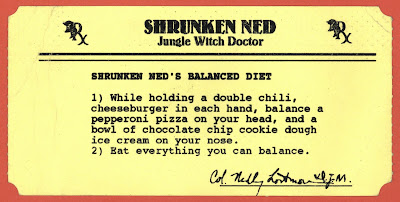 Nice touch on the backside of the card. 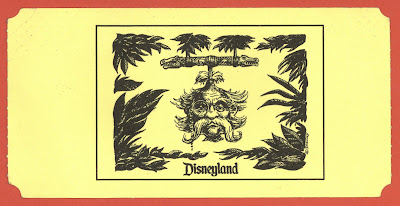 Without fail this gentleman always takes the time to smile and wave, I hope he never retires. 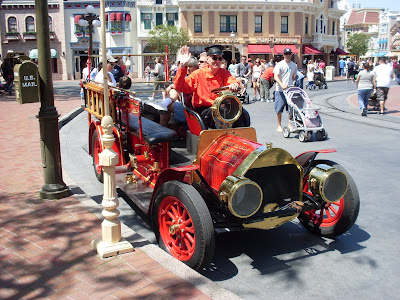 The DapperDans on Main Street usually have hidden microphones and are amplified from hidden speakers – which sounds great but is a little weird hearing their voices from “above” . Today they were “without mics” and although not as loud and clear, they seemed more authentic.

If you turn this… 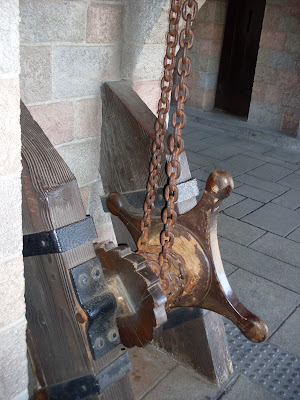 Does it turn this? 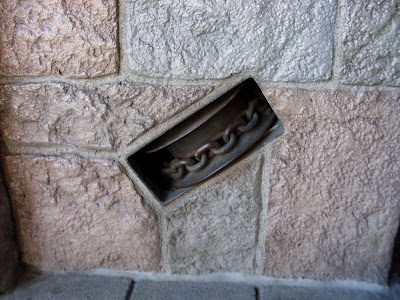 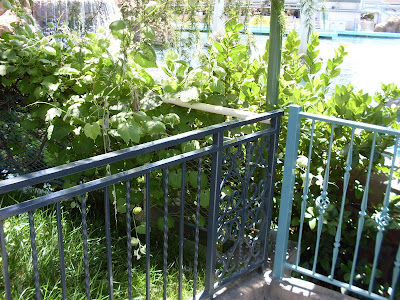 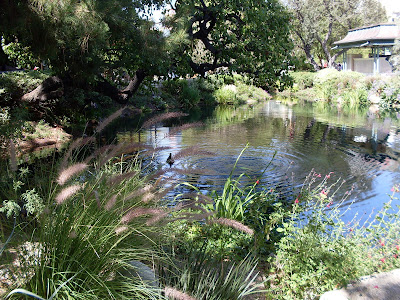 The backside of Thunder Mountain looks just as good as the front. 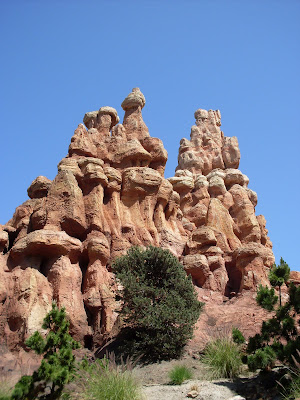 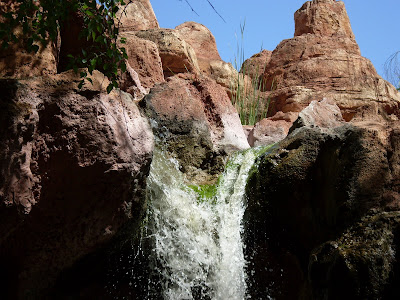 Lastly, let’s take a look at some spring colors. 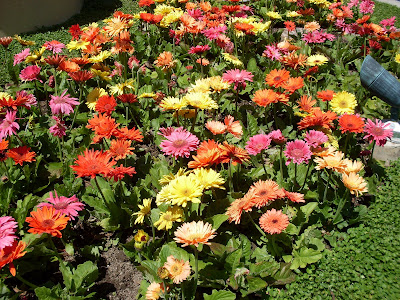 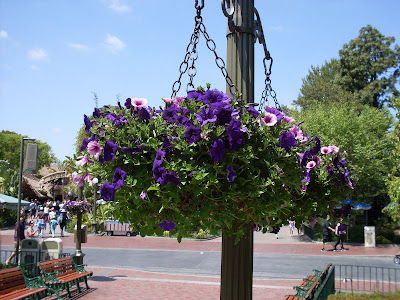 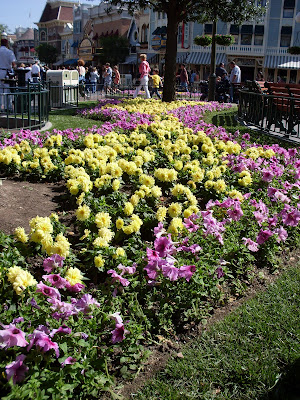 This tree in the middle of the Big Thunder queue area has the most vivid green. 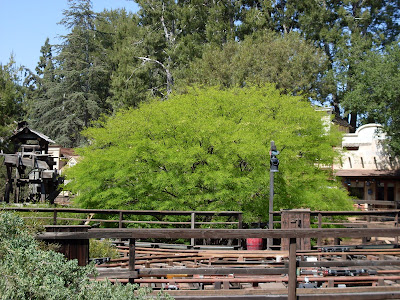 All and all a great day at the park. 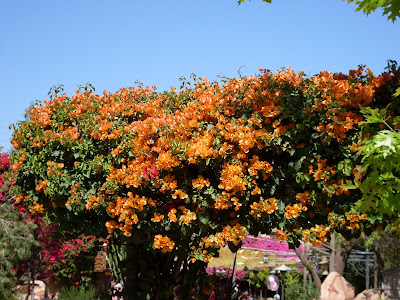 Enjoyed these pictures and videos very much today :)

What a NICE friend you are! That is weird about Mickey's pose with his arms up being on both tickets....30 years apart. I believe that was the ticket book that we could buy at a discounted price during my brief seasonal employment in the Fall/Winter of 1981. I wish I could remember how much they cost back then. I purchased some for my family so they could come in and see me perform in the Christmas parade and a few extra for myself to use later, but those were used up long ago!

That was a mini post? LOL! Great photos, really enjoyed your post. I have to say, you are a remarkable friend because I would have never, ever given up that ticket booth. (Unless my son's life depended on it, of course!)

Ha ha! FINALLY somebody really tried it! I always wondered what reaction you would get if you walked in with a vintage ticket. Part of me cringed to think that an unused book would be sacrificed, but if it is going to go into the archives, that's much better!

Awesome Post - Great story about the ticket. I always believed it - but now we know for sure!

And thanks for all the details from the park - those are the things I miss when I'm not there. :)

Great post, as always! Love the use of the old ticket book, and how proud you must be that they want it for the Archives (the holy grail that it is...). BTW, I have turned some friends onto "Three Fences", we took pics, and they still tease me about it, with eyerolls, but hey, they are now members of a small group of those "in the know". Thanks for your blog and hard work - Love it!
Barbara from Orange

A dream come true...to get stuck on the Snow White attraction and to get to shoot video as you walk out :)

If you need your ex-girlfriend or ex-boyfriend to come crawling back to you on their knees (even if they're dating somebody else now) you got to watch this video
right away...

(VIDEO) Text Your Ex Back?