Welcome to Magazine Monday. Once again we’re breaking the “If it’s got 19 in front of the year its vintage” rule, this retro looking Life Magazine is from April 29, 2005. While not actually vintage Life size, this issue is still large at 9 ½” by 11 ½”, however it is rather thin at only 18 pages. 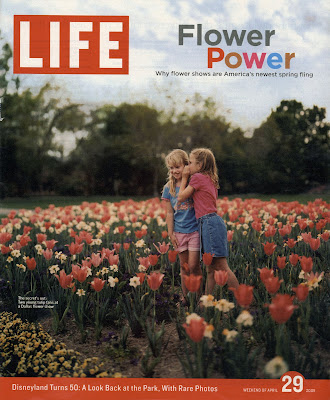 “Still Magic after all these years” is a nice 3 page article celebrating Disneyland’s 50th anniversary. 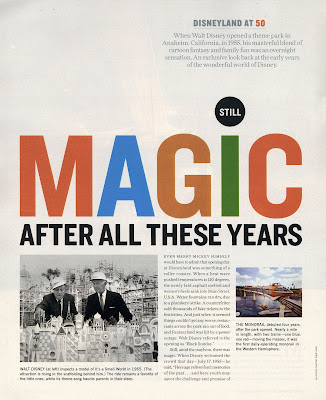 This is actually a super photo for a magazine article. There’s a lot going on in this “crane shot”? from 1960. 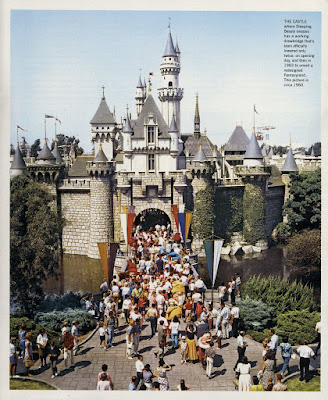 The last Goofy Fact is pretty amazing. The "Penny Arcade Shooting Gallery" (this must be the “Main Street Shooting Gallery” shown on early “B” tickets - link) had customers using real .22 caliber guns with lead ammo”! On a related side note; in the early 1970’s the Santa Monica Pier had a “Shooting Gallery” where the goal was to shoot out a red star on a paper target. Those (mounted) guns also used .22 caliber shorts with lead ammo; these were later replaced with air compression guns shooting bb’s, not nearly as fun! 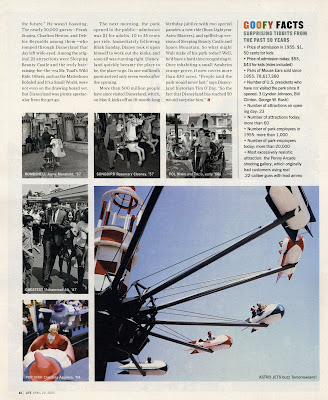 OK so it’s not really a vintage advertisement. I can personally attest to the quality of those Dell Dimension 3000’s, we still have about 100 in service at my work – shoehorn 2 gigs of RAM in it and it runs Windows 7 great. 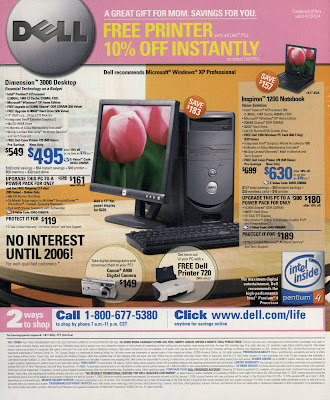 The Goofy Fact that got me was the price of admission...and it's gone up since 2005.

I think that the shooting galleries basically used air-powered pellet guns. I remember the distinctive (and satisfying) *ping!* when you hit your metal target. The paint would be totally worn away by the end of the day.