Welcome to Magazine Monday! Keeping with last weeks Summer 1955 theme, today’s feature magazine is Westways from July 1955. Westways Magazine is the official magazine of the Automobile Club of Southern California. Westways comes in my mailbox every month and it’s actually pretty good. 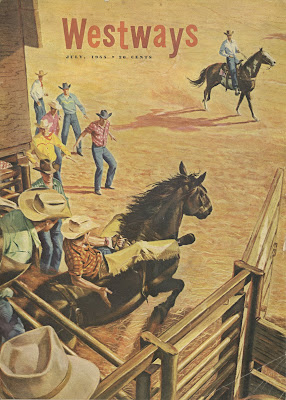 Here’s the contents page for this issue, I am so digging that “Westways’ script. 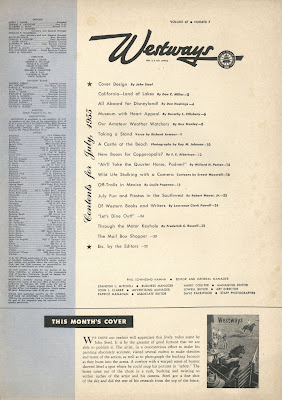 The Disneyland article is only two pages, however it makes up for it with tons of facts (and fiction). They were still talking about “Recreationland” this late in the game? Where is the “Concord coach with Walt” photo taken, the studio? 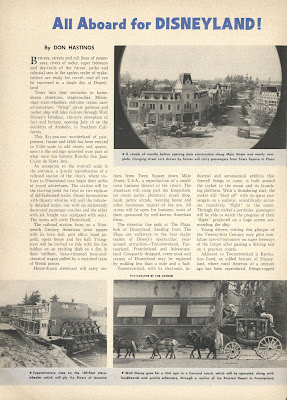 Maybe this article was written several months before July 1955. “Castle’s torture dungeon" with “Dinning hall of Knights”…? “Alice’s wacky Wonderland may be toured on foot by venturing in a mammoth rabbit hole”? “Lilliputian Land with Monstro the whale water slide”! Was there ever a Wells Fargo Station in Frontierland?

The original concept of the Rivers of America is intriguing; “The gaily decorated boat will churn past replicas of colorful and historic waterfront cities, homes and forts such as New Orleans, Mobile, St. Louis, Mount Vernon and West Point”.

I’ve pretty much heard or read of the “never built” attractions listed above, but this is the first mention I’ve seen of “Delmonico’s, a reproduction of the famed New York eatery”? The “Cantonese House” in Adventureland?  For those of you that care, notice the first line of the last paragraph, “July 18” is referenced as the first or “initial” day of Disneyland, not July 17th. I’m just saying… 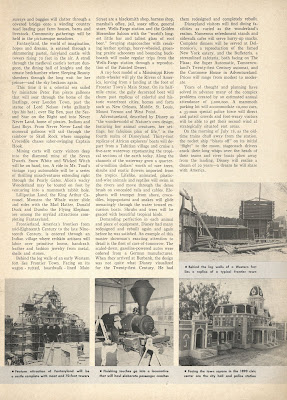 A neat two page article on California’s Lakes. I recently discovered some of the lake mentioned (in the Sierra’s) what a treasure. The bottom photo is Hume Lake, check out this time lapse webcam of the lake (link) there's more water in the summer. 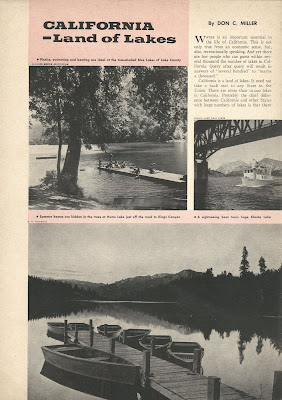 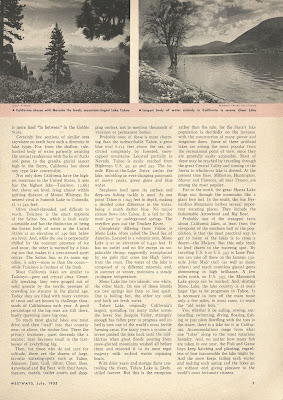 Now for a few words for our sponsor. Telephone’s in everyone room? You must be kidding. Its like Marty in Back to the Future when he tell the 1955 family he has "two TV’s", they of course think he must be kidding, “no one has two TV’s”! 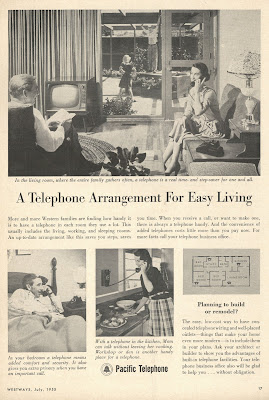 KNX will be carrying the Yacht races via shortwave radio from Diamond Head Hawaii! Hey, I listen to KNX 1070 news radio, traffic on the “5’s”. 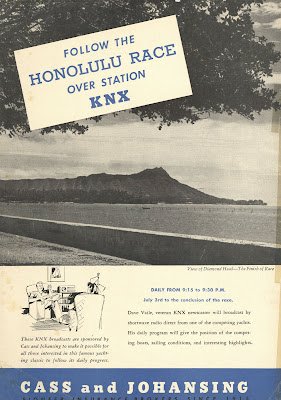 These last two advertisements are a great idea. If you're buying a new car (and wasn't in 1955) why pay for freight and factory delivery, go pick it up yourself and fly back.  Do you really think you saved enough to fly and pay for fuel and food on the way back? Sounds fun anyway, I’ll pick up my 1955 Eldorado factory direct, thank you very much. 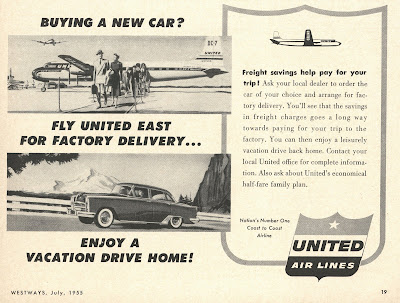 Fantastic to see these construction images!

It looks like the photo of Walt on the stagecoach might have been taken at the studios...at least that looks like one of the old studio buildings in the background.

I'm wondering if the photo of Main St. with the dark circle around it was taken through the hole in the train station before the clock was installed. It looks like it was taken from a point higher than just the top of the steps.

Alice was going to be a walk through experience at one point. There is concept art of it in the WDI archives...

I love these very early articles with their erroneous descriptions! I'd seen the mention of the torture chamber in "Life" magazine.

As for the July 18 date, I guess that technically was the first day that the average shmo could buy a ticket and go to the park.

Ah, the era of "gracious living."

While I wouldn't want to live in the '50s, I would love to visit and go shopping.