Welcome to Magazine Monday! The magazine formats just keep getting smaller on here on Magazine Monday. This issue of the “Ford Times” from September 1960 measures in at a leaflet size of 5” by 7”.

It’s an interesting little magazine and this month’s focus is the West Coast (Traveled to in a Ford of course). There are very few photos, instead most of the pictures appear to be original artwork and most of it is pretty darn good. I sure like this “1960” style of paintings. 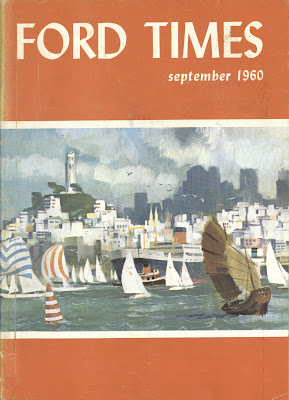 The table of contents and inside cover. The Old Bale Mill shown in the painting on the left is still standing today (link). 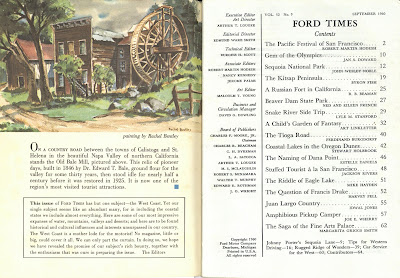 The Disneyland article is seven pages long, but the pages are so small that the scans will be shown two pages at a time. The text is by Art Linkletter and done in his usual charming and family oriented style, what a wonderful person. The paintings are by Ralph Hulett and a few of them are truly frame worthy, too bad they’re only a few inches in size! 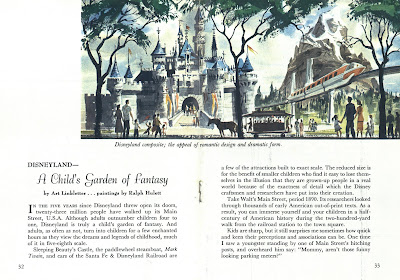 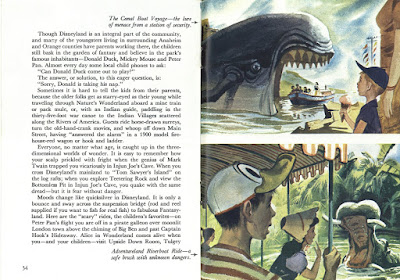 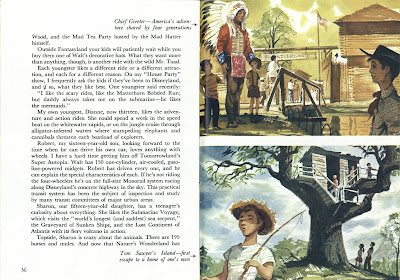 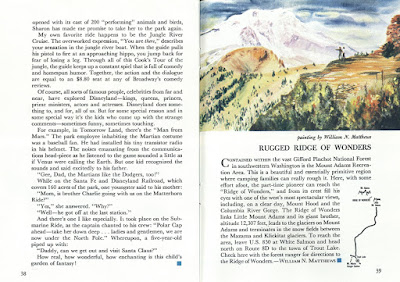 One of the few article’s with an actual photo, The Tioga Road. I think those are photographs? 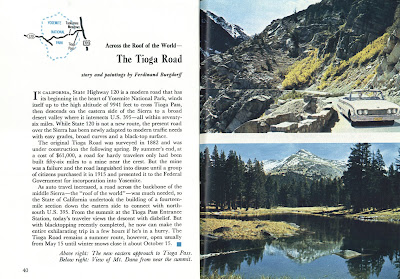 “The Pacific Festival of San Francisco”. I’ll confess to not reading this article, the artwork was so amazing it overtook the words. 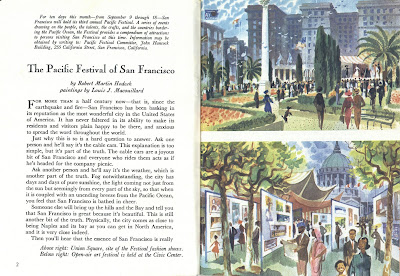 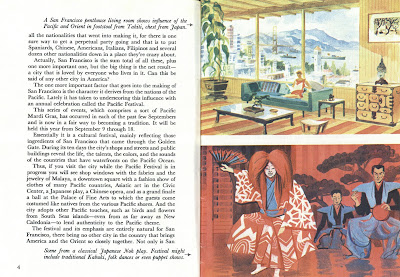 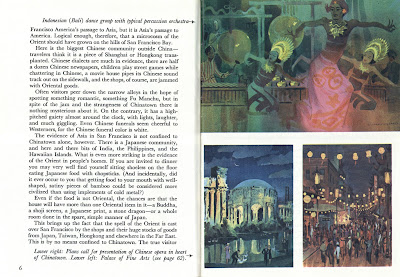 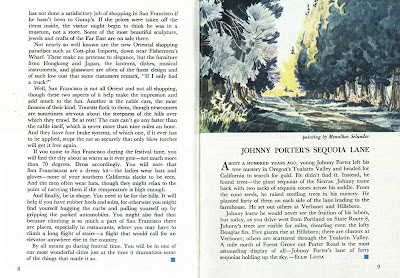 There are no advertisements in the “Ford Times” so here’s a fun article about an Amphibious Pickup Camper. This thing looks really cool, the article talks about the looks you get on the water. 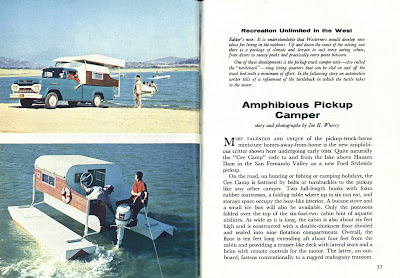 According to the article five have been produced by a private company. I wonder if it ever caught on. 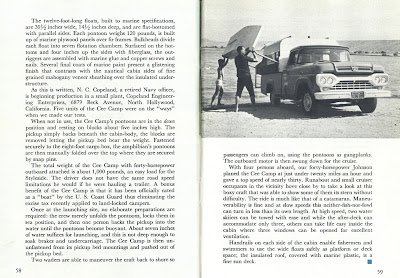 Maybe it did catch on, here’s an advertisement from Popular Mechanics July 1961. This Ford ad shows the “Pontoon Sports Body” as a dealer option! 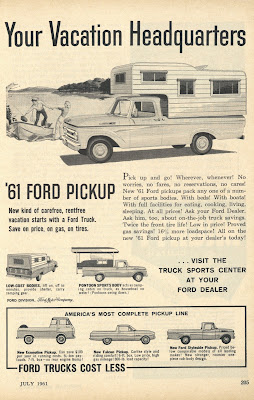 The back cover. I have extended family in La Porte Indiana, Hi Everyone! Check out that four digit phone number. Did you know that in 1892 La Porte Indiana became the first city in the United States to install an automatic telephone exchange? (Link). 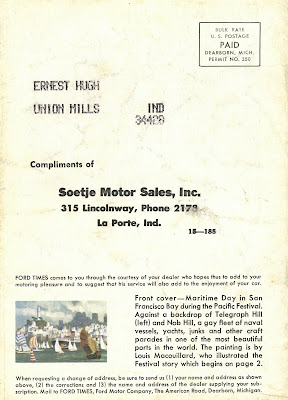 The last couple of scans are high resolution versions of my favorite paintings in this Disneyland Set. I wonder where the originals ended up. 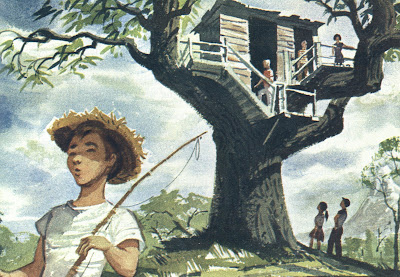 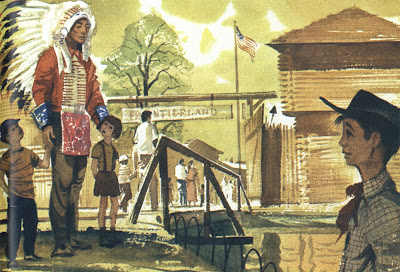 This artwork is FANTASTIC! Another great Magazine Monday....thanks!

Ralph Hullet was a background artist for Disney and worked on films from Snow White to the Jungle Book. His son is Steve Hullet who now runs the the animation guild website. Steve has featured some of his dad's artwork for greeting cards and magazines.

I can see that are love for history through inexpensive magazines, is mutual. Thanks again, Richard.

I have that issue in my collection. I thought it particularly appropriate that the article was written by Art Linklater in light of his connection with the opening day ceremonies and the film franchise he had on Main Street. There's a great interview with him in one of the E-Ticket magazines. I can look up the number if anyone needs it.