Time for a post on a subject I know nothing about...  Euro Disneyland.  Now called Disneyland Paris, this was the second Disney Theme Park built outside of the united states. This great glossy color brochure is a gem. The artwork reminds me of the Walt Disney World concepts (cover art of the Castle look familiar?) and the entire brochure looks to be copied from the Tokyo Disneyland pre-opening brochure (link). 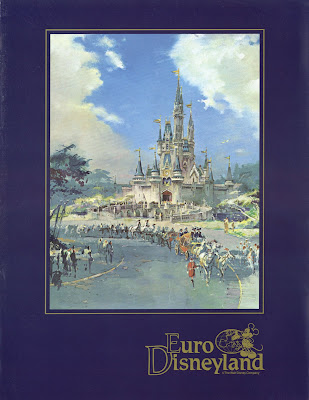 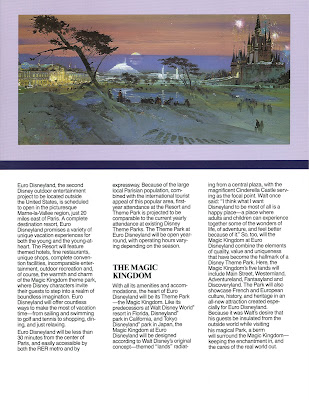 Hey, I like that map! Isn't that concept art on the right (Tomorrowland-ish) from Disneyland circa 1960's? This place looks pretty similar to Disneyland Anaheim, maybe I better visit France! 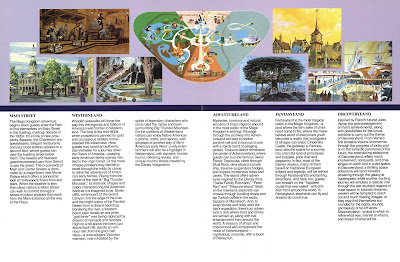 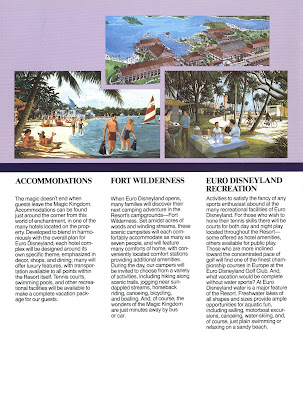 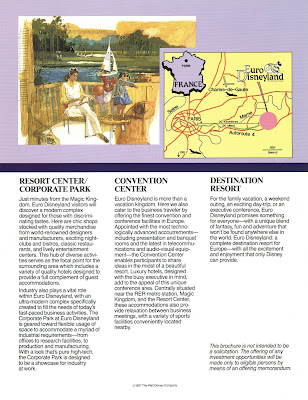 There is a 22 page report that came with the brochure. Its pretty dry, but any Disney theme park nut like me will find it fascinating. Download the entire report here:


I want one copy of everything in this library! Jason at Disneyland Nomenclature might find the "Nomenclature Guidelines" of some interest, I sure would! 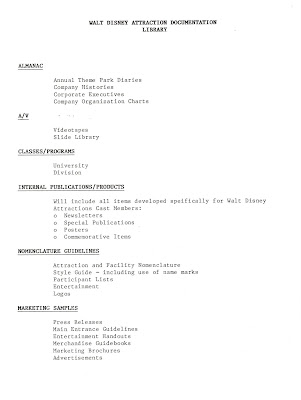 There are a few pages that talk about Tokyo Disneyland, this is the second page of the "coming attractions" to Tokyo Disneyland. "Matterhorn Bobsleds" March 1993. I don't think that ever happened did it? Toyko Magic might know. 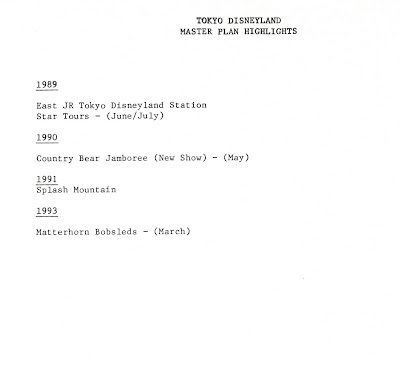 This blank envelope came with the package, I have no idea why. 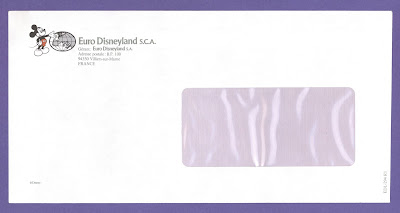 Here's an early Euro Disneyland Passport or "Haute saison" you didn't know I speak French did you? Oh, I don't.... 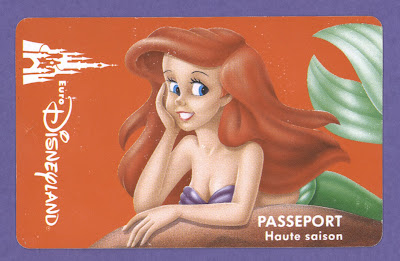 I know that when Euro Disneyland opened, I was REALLY into it, and bought a few early items (like the "fun map", drawn by Sam McKim and very similar to the first couple of original Disneyland maps). It kills me that I still haven't seen the park in person!

outsidetheberm said...
This comment has been removed by the author.
Wednesday, 25 February, 2009

Hey VDT! I think you are right about the castle artwork on the cover being the artwork for WDW's castle. Paris' castle looks nothing like any of the other park's castles Theirs is the only that is unique. (I do wish they hadn't duplicated Anaheim's for Hong Kong so that the original Disneyland could have also had an original castle.) Also, that artwork on the second page/picture is definitely artwork that was originally released for Tokyo DL. You can even see the glass covered World Bazaar over to the left. I am guessing that they used these because they hadn't finalized their plans yet. I noticed the map appears to show a Jungle Cruise attraction, which they never did build.

Oh and I had no idea that Tokyo was planning on building a Matterhorn...unfortunately, they never did. It would have been nice to see what they would've done with that attraction!

"Haute saison," IIBC, is the French for "high season;" i.e., the summer months being implied--especially the August vacation period.

Disneyland Paris is probably the most visually stunning of the Disney parks. Just eye popping. Major, be sure you bring a good camera when you go.

OTB - I second your opinion.

What strikes me as odd about the Euro Disneyland Passport is that the name was changed to 'Euro Disney' at least several months before the park opened. Is it dated?

Euro Disney was the first Disney theme park to offer seasonal pricing (which is no longer done).

What was the first Disneyland clone to have Adventureland and Frontierland switch places from the layout of Disneyland in Anaheim?

On the brochure map is that a trolley between Main Street and Tomorrowland?!

Great post! I'll have to drag out some copies of 'En Coulisse' Cast Newsletter to scan. For you non-French speakers I will even provide a translation!

Stuff like this got me jazzed up to hit Euro Disney the year it opened. I was disappointed, but i hear nothing but good things now.

I'll take a copy of everything in the library, too! I second what OTB said about Disneyland Paris. I'm missing three Disney parks (Animal Kingdom, the Studio park in Paris, and Hong Kong Disneyland), and I think it's the most beautiful of them all.