From January 22-28, 1955, this TV Guide is the final part of a four part series called “Disneyland Album”. You can see parts one, two and three here (Part 1) (Part 2) (Part 3). I was supposed to post this last Friday, but I was so stuffed with turkey I forgot all about it.

Ed Sullivan was an amazing showman, but he seems to have more of a "radio" face. 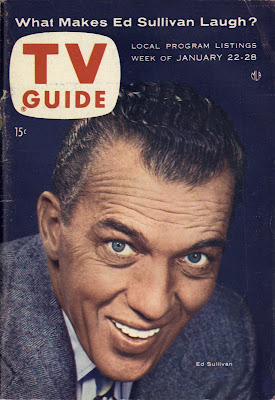 New York and Hollywood TV Teletype's. "Judy Garland was this close to signing an exclusive TV contact with NBC, but the deal fell through..." I think her TV show would take few more years to materialize. 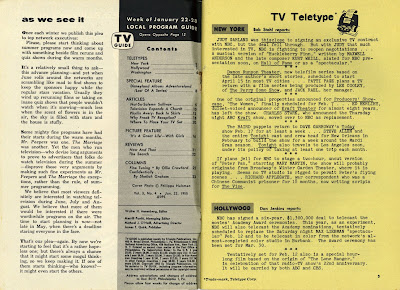 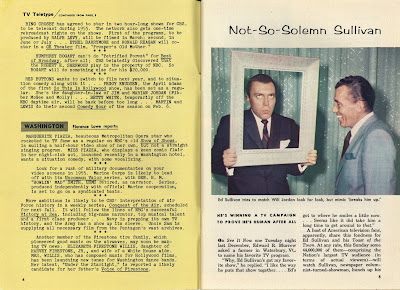 This weeks Disneyland Album final installment at least closely relates to Disneyland the park. The early illustrations of the Jungle Cruise sure make me smile. 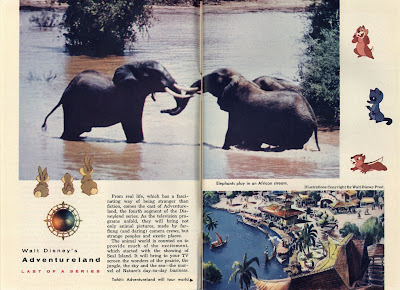 "Davy Crockett Goes to Congress" part 2 of 3 was featured on the Disneyland TV Show. If you have been following each weeks episodes, you will notice there is no order to the shows, was this Walt's was of making sure you always would come back? 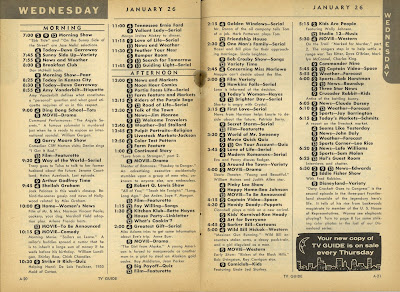 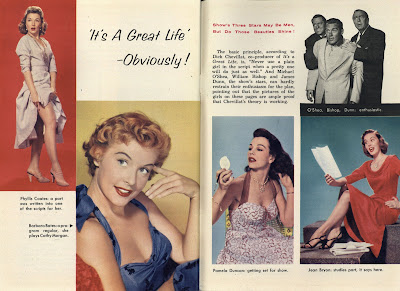 Come back on Bonus Sunday for the complete TV Guide from January 22-28, 1955. I hope you have enjoyed this little series and its time-capsule look at Americana as it was in January 1955. I've read these guides before, but I always find something new when I read them again.  Oh, and fear not, I've got plenty more Disneyland related TV Guides for future posts... 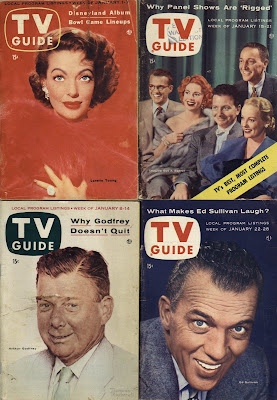 Posted by Vintage Disneyland Tickets at 12:06 AM

Barbara Bates, what a beauty. Great posts Tim. Enjoying them very much.

Wow, this was a great issue! The days of shows like Ed Sullivan's are long gone, but I recall seeing a sort of "best of" program once... so amazing to see restored color footage of all of those long-gone personalities.

And yes, Barbara Bates was some cutie!