Here’s Your Guide to the Disney Family Christmas Party, December 10, 1979. In 10 short years the “Brer’s” will have an attraction all their own with Splash Mountain. Their smiles are infectious aren’t they?

I’m guessing this was a party for cast members and their families; it looks like some attractions were not open. The Haunted Mansion and the Disneyland Railroad are notably absent. However, Tomorrowland was pure joy; PeopleMover thru Superspeed Tunnel, Mission to Mars, Rocket Jets, America Sings. Hey where is Adventure thru Inner Space? Oh well, I’ll go see America Sings again. 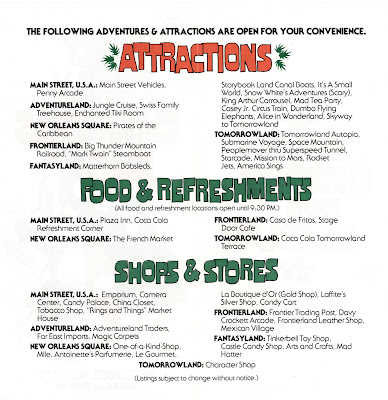 Simple but sweet back cover.

Nice cover photo on the Fall/Winter 1979 Your Guide to Disneyland.

Tips for better Disneyland pictures in 1979. I like number two; “Make sure your film is fresh” sounds yummy. 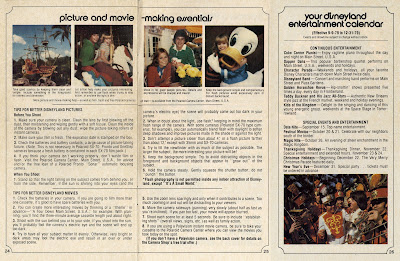 Check back on Bonus Sunday for the entire 1979 Guide.
Posted by Vintage Disneyland Tickets at 12:07 AM

Somehow seeing that ad for The Black Hole really brings me back to that era. I was so excited to see that movie, and yeesh, was it ever a disappointment! The only thing I remember liking was the way the black hole itself looked (was it early CG?).

Ditto that Black Hole review, Major P: The Black Hole itself was the only thing worth seeing in the movie -- and the robots were hopeless. "NOMAD" on Star Trek looked better, and that was made out $60 worth of lampshade hardware.

I was 8 when The Black Hole came out and I loved it. Still do!