If you’re you ready for a trip to Valencia California’s Magic Mountain in 1977 then here is your ticket; it expires February 28, 1977 so you better use it soon. $7.50 seems like a good deal for all you can ride, no bothersome ticket books to worry about (or to collect years later). Globe Paper, ahhhhh…

This is a great 12 page postcard set from 1977. The front has a couple of Trolls and the Wizard, I sure do miss um. 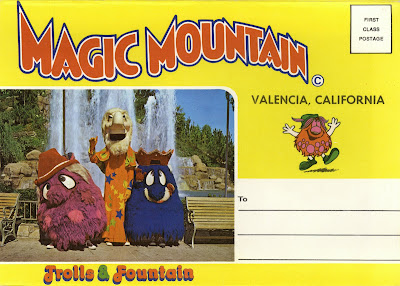 The Revolution was just one year old here and a big hit as evidenced by two complete panels for the looping wonder. 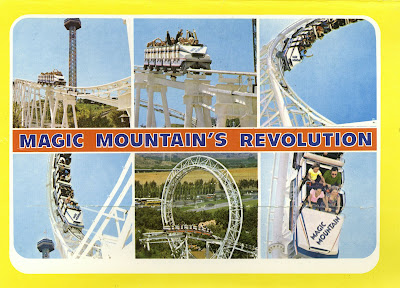 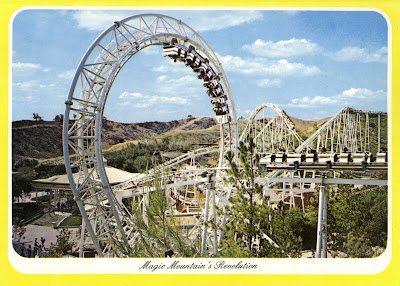 Check out Magic Mountains many moving miracles… The Galaxy spinning thing from hell, the Metro Monorail (Bring back the Monorail!), and the Fabulous “Eagles Flight” skyway, hey, that’s right about were the newlyweds bucket fell off the cable! 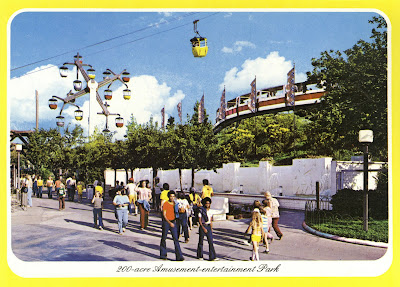 The Magnificent Persian Fountain. Now it’s just a planter (link). A blog reader had asked if the sculpted reliefs are still present, I’m afraid they are not. 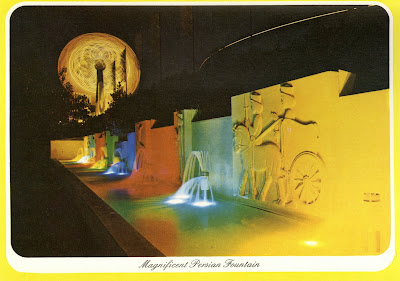 The Log Jammer is still a super flume ride, with an awesome last drop only surpassed when Splash Mountain was built. Be sure to ride this classic next time you are at the mountain. 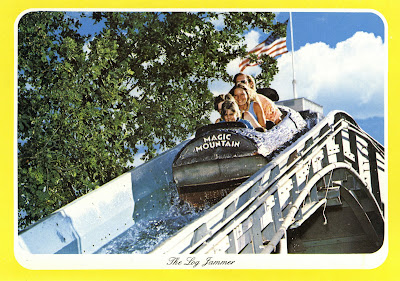 The other water ride was not super. El Bumpo! It really was slow and boring and then there was that funky smell of the water and gas engines. The water may look blue in the postcard, but I was at the mountain many times in 1977 and it was not blue, it was a greenish/brown. 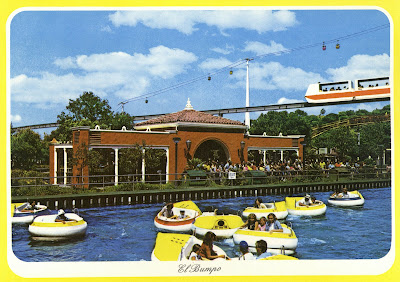 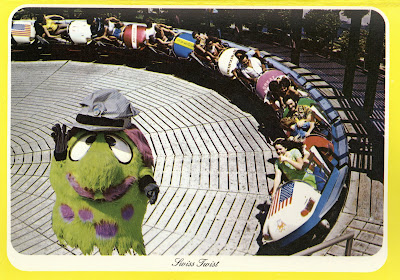 The Grand Prix, yes a complete unabashed Autopia rip off, but that’s not such a bad thing! The course was decent sized and the cars were fun and actually they were a lot less beat up than the Autopia cars. Nice shot of the Metro Monorail too, did I mention: BRING BACK THE MONORAIL!!! It’s all still there, the beam, the cars, all three stations, the right-of-way, the park needs a Monorail! Rant over. 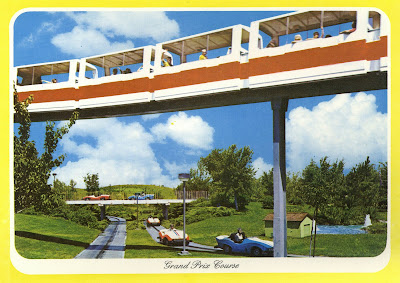 Electric Rainbow. This ride is still at the park, it’s called something related to Batman now, but she still runs (and makes folks sick). 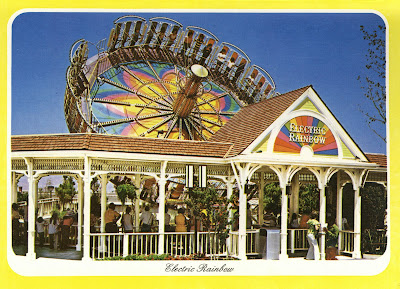 The mountain really was spectacular at night. It’s still nice, but not quite the same. 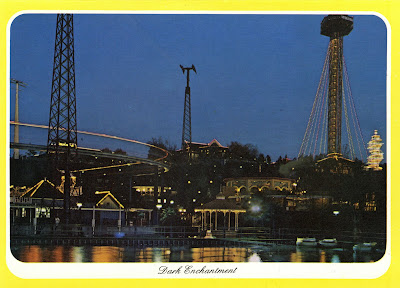 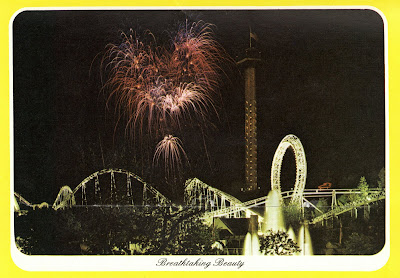 I hope you enjoyed this little trip to Magic Mountain in 1977. I’m hoping to visit the mountain sometime in early November; I’ll try some before and after shots from this set.

Does the Globe company that printed all of those tickets and ticket books still exist?

OMG I have that same postcard pack! Buried somewhere in my Magic Mtn. memorabelia, but I have it. I love the artwork at the bottom of the ticket. Look closer at the Jetstream boat. The people sitting in it aren't sitting correctly.

Too bad the website doesn't really play up their place in history.

Matt; Yes, the Jetstream seating is not side by side, good spot!

Nice work! I miss the old days at the Mountain...